It’s no secret the suburban office market has struggled. However, as millennials age, many market experts anticipate the pendulum will swing back toward the suburbs.

It wasn’t too long ago that commercial real estate headlines peppered readers with the notion that the suburban office market has fallen out of style and the bucolic office complexes have become relics of the past.

Meanwhile, major office users have opted to relocate to urban centers to attract the millennial employee, resulting in major occupancy gains and rent growth in downtown locations. This trend was highlighted by several high-profile relocations, such has Pearson Education’s relocation from Upper Saddle River to Hoboken, Panasonic’s move from Secaucus to Newark and New York Life Insurance’s relocation out of Parsippany and into Jersey City.

However, this trend is expected to come full circle. While many have pointed to millennial behavior as the cause for the struggling suburban office market, this time they are anticipated to be the remedy.

Recent population data suggests New Jersey is in the early stages of the suburban migration as suburban municipalities are growing at a faster pace than the urban core. According to the US Census latest population data, year-over-­year, Mount Arlington in Western Morris County leads the way with a 7.5% increase in population, followed by Harrison at 7.0%. Rounding out the top five are Wood-Ridge, New Providence and Franklin Lakes, all of which are your typical suburban communities.

Municipalities with a higher population for millennials such as Jersey City, Hoboken and Morristown have showed a slowdown in year-over-year population growth, increasing at just 1.2%, 0.2% and -0.3% respectively. A big reason families have historically moved to the suburbs is to leverage the existing infrastructure, namely safe neighborhoods in close-knit communities, outdoor space, larger homes and quality schools. 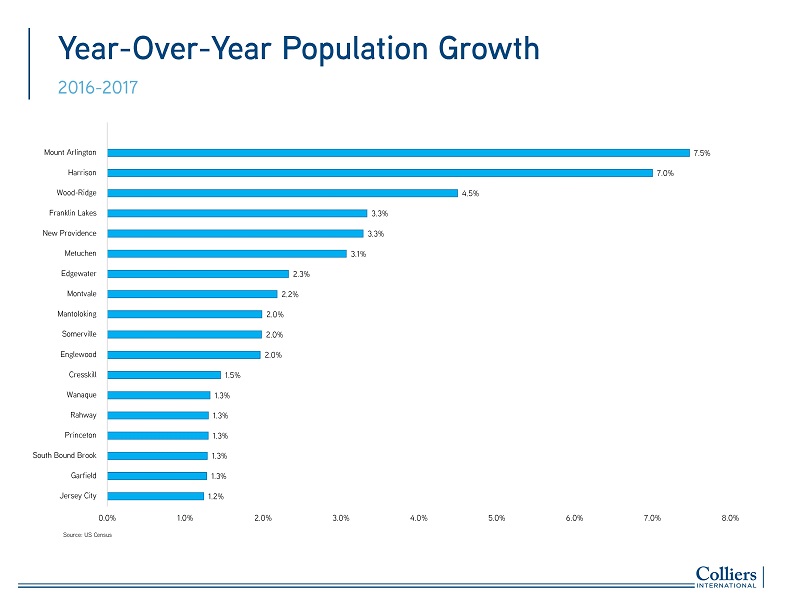 Millennials are starting families later than previous generations. Only 27% of millennial women aged 20-23 have a child as compared to 58% of millennial women between 32-36. This trend will accelerate as the largest cohort of millennials (born in 1991 and now 27 years old) follow, further increasing demand for the types of benefits and amenities that suburban living provides a growing family.

This trend is continuing for Gen-Z, the demographic cohort that follows the millennials. A recent Bank of America survey is showing that 52% of people between 18-23 have already started saving for a home and a 59% want to become homeowners before they reach 30. 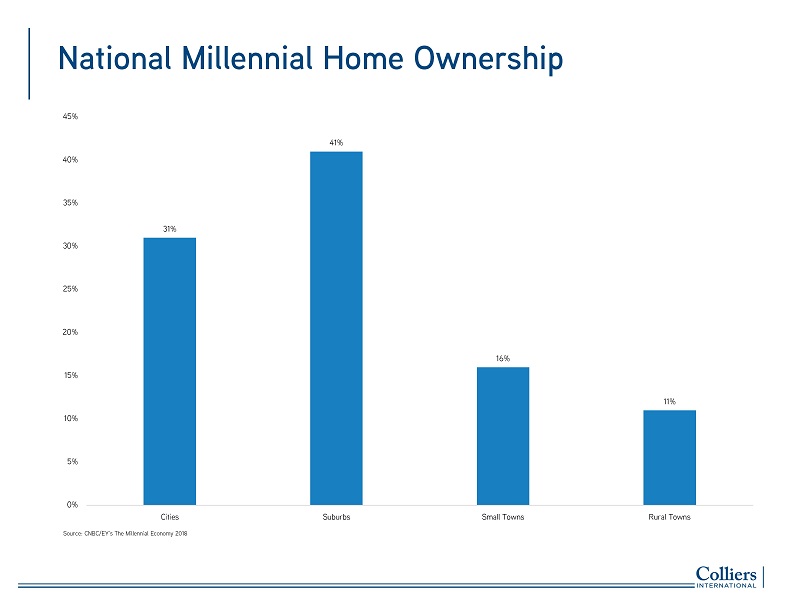 Can the Suburbs Become Cool Again?

However, for the suburbs to become “cool” again, they must resemble some of what millennials valued about city life, mainly the walkability and easy access to main points of interest, whether it be the office, nightlife or a grocery store. Some owners and developers have begun to create this type of atmosphere in strategic locations where none existed before.

For example, some owners have launched a partnership with Uber or other rideshare companies to offer tenants free rides to nearby train stations. For those not near a transit hub, owners are finding other ways to create the same type of value by incorporating a full amenities package in their buildings to cater to current tenants needs, such as a coffee bar in additional to a full-service cafeteria, fitness center, dry cleaning, conferencing centers and food trucks.

The clear winners are suburban areas that can offer walkability such as Morristown or Summit, accessibility such as  Metropark, and are at the intersection of two major roadways with access to an educated workforce, such as Parsippany and East I- 78.

A major win of New Jersey’s suburban office market was Teva Pharmaceuticals relocating its U.S. Headquarters to Parsippany, which will bring 1,000 jobs to the town. The pharmaceutical giant will relocate from North Wales, PA and into a 345,488 SF space in Parsippany.

Also noteworthy was Barclay Capital’s commitment to growing their presence in New Jersey. The financial services giant acquired an office park in Whippany from Vision Real Estate Partners, now known as Barclays Village, in order to accommodate its growth in New Jersey as they relocate 900 of their investment backing back-office support staff from New York City. 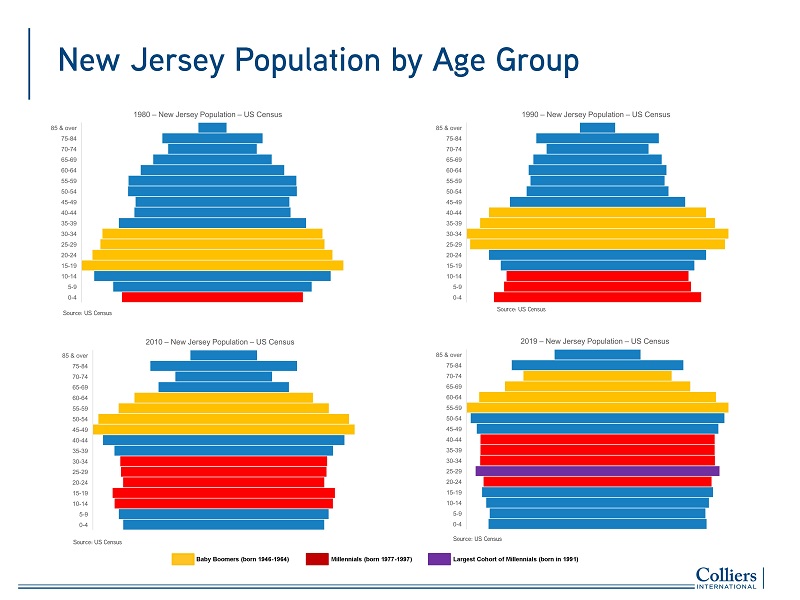 The Suburban Office Market is Alive and Well

After the recession it was nearly impossible to read any real estate publication without coming across an article predicting the demise of the suburban office–a concept that has been extremely exaggerated. The suburban office market is going through a change, where the isolated office parks of the 1980s no longer meet the needs to today’s office user. Those parks and buildings are being transformed with tenant needs in mind, now offering many of those lifestyle amenities found in the urban markets.

Sam Horowitz is Executive Managing Director for Colliers International based out of the Parsippany office. He can be reached at Samuel.horowitz@colliers.com or (973) 299-3073.