When it came to commercial real estate, many investors had likely felt that property values had peaked in 2016, that the bull run was ending and the economy was due for a pullback. 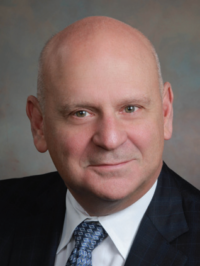 Those are among the reasons that Jeff Otteau feels overall investment sales in New Jersey fell last year to $6.5 billion, from $8.3 billion in 2016, while activity also slowed in New York City. Yet that trend could be in store for a reversal as a result of the newly amended tax code, which has preserved and added to the benefits given to real estate investors.

He said it was likely that investment sales in New Jersey return to 2015 levels, which represented around $7.5 billion in transaction volume. That growth could be especially pronounced in the multifamily sector, where property values have increased 33 percent from 2011 to 2017.

Capital markets activity in New Jersey and elsewhere will also continue to benefit from the use of 1031 exchanges. The popular provision, which allows investors to defer capital gains taxes on selling a property if they reinvest the proceeds in a similar asset, was preserved for the real estate sector despite being taken away from other industries.

“Losing 1031 would have been a real shame because many companies rely on that,” said Laura Jackson, managing director with FTI Consulting.

What new trends or market forces will influence commercial real estate lending strategies in the years to come?