Genesis Cos. joined city, state and federal officials for a ceremonial ribbon-cutting at the Dr. Lena Frances Edwards Apartments, a 64-unit affordable housing development at 455 Ocean Ave. in Jersey City. — Courtesy: Genesis Cos.

A developer has opened the doors to a new 64-unit affordable housing complex in the Greenville section of Jersey City.

The firm, Genesis Cos., welcomed public officials on Tuesday to unveil the Dr. Lena Frances Edwards Apartments at 455 Ocean Ave. The project has transformed a former brownfield site, thanks to the involvement of a long list of local, state and federal agencies that played a role in either financing or remediating the property.

“The Dr. Lena Frances Edwards Apartments fulfills one of our deepest commitments — creating a community that celebrates the diversity and vitality of a neighborhood,” said Karim Hutson, founder and managing member at Genesis Cos. “As a former brownfield site, we’re proud to have worked with the state and federal agencies necessary to make a development like this happen and deliver affordable housing for Jersey City.

“We have never shied away from engaging in difficult to develop projects and we take considerable pride in advancing this model of public-private partnership to bring more high-quality affordable housing to urban communities.” 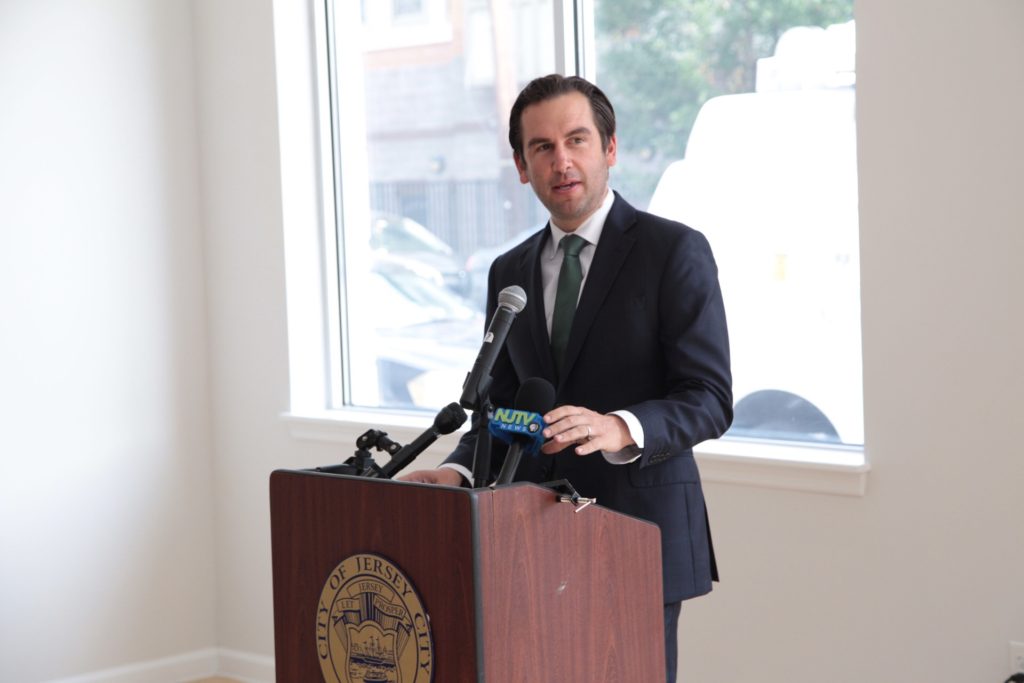 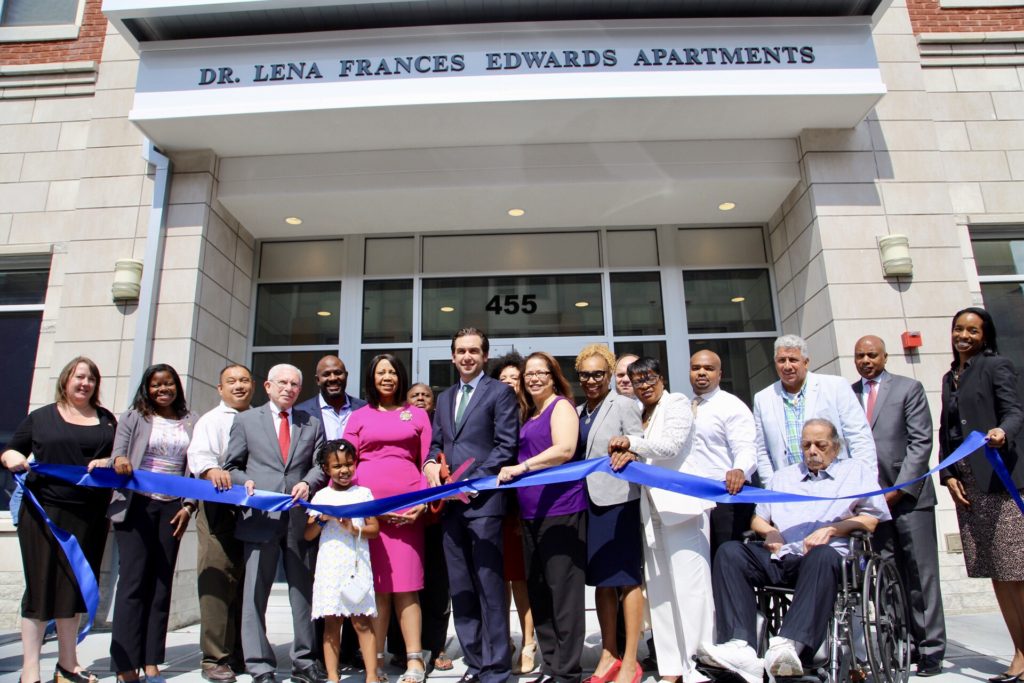 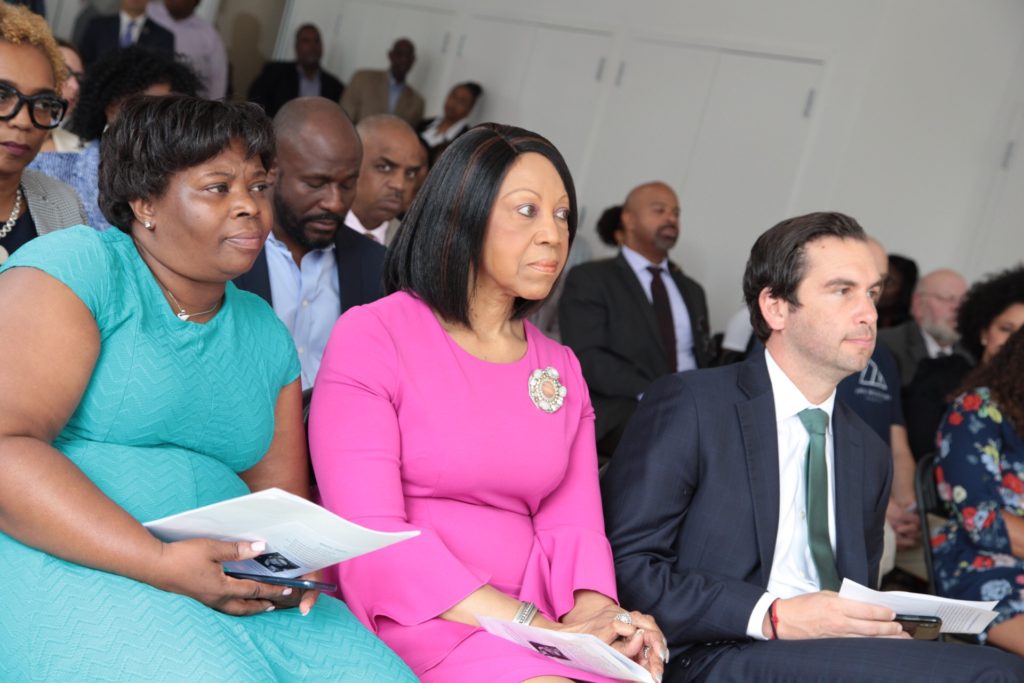 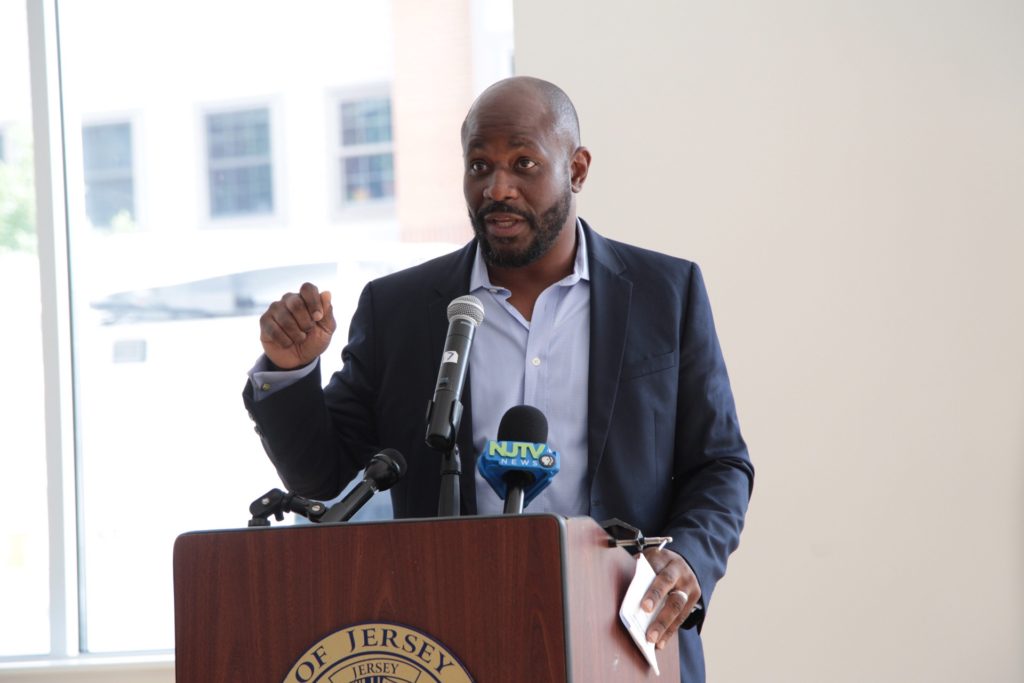 Rising at the corner of Dwight Street, the five-story complex is 100 percent reserved for residents with incomes at or below 60 percent of the area median income, including seven units that are restricted to renters at or below 30 percent of that benchmark. Five of the units are set aside for homeless veterans.

The finished product is named in honor of Dr. Lena Frances Edwards, a prominent physician in Jersey City who dedicated her medical practice to the city’s working poor for nearly three decades and received the Presidential Medal of Freedom for her work in 1964, according to a news release. Members of the Edwards family were present for the building opening.

“The Dr. Lena Frances Edwards apartments are the result of a well-managed partnership forged between state and federal agencies and private investors that have worked together for the greater good,” said Lt. Gov. Sheila Y. Oliver, who also serves commissioner of the Department of Community Affairs. “It is with great pleasure that I acknowledge the success of this partnership while paying tribute to a legendary woman who was a champion for the underserved.”

Jersey City Mayor Steven Fulop, who was also on hand, said, “We are fortunate to have partners like Genesis Companies who share our mission of a more inclusive and affordable Jersey City.”

“I am incredibly proud to celebrate the opening of the Dr. Lena Frances Edwards Apartments today, and I want to thank Genesis Companies for their commitment to Jersey City and dedication to providing affordable housing to our residents,” Fulop said. “Aside from being 100 percent affordable, this project includes several units reserved for homeless veterans, which is an issue we have continued to champion here.”

Genesis and Jersey City worked with the state Department of Environmental Protection and the federal Environmental Protection Agency to remediate the site. In a statement included with the announcement, EPA Regional Administrator Pete Lopez said the agency was “proud to have supported the assessment and cleanup needed for this project with nearly $900,000 in funding.”

Since 1997, the EPA has awarded 20 brownfields grants to Jersey City totaling almost $5.3 million to help revitalize communities across the municipality.

“The Dr. Lena Edwards Development exemplifies the commitment of the NJRA to provide creative investments in urban New Jersey,” said Leslie A. Anderson, CEO and president of the New Jersey Redevelopment Authority. “This project is truly a wonderful legacy for a woman who dedicated her life to the Jersey City community.”