Somerset Development has opened the doors to a newly expanded and upgraded co-working space at Bell Works, its massive indoor office and retail campus in Holmdel.

The 25,000-square-foot facility, known as Colab at Bell Works, features more than six times the space of the original co-working location that opened in the building in 2016, the developer said. Along with an updated design, the space features options ranging from shared and individual desks to dedicated solo offices and team suites, with membership packages and flexible lease terms that will allow entrepreneurs and small businesses to scale up or down.

“Colab at Bell Works continues to be incredibly important to the success and continued growth of our metroburb community,” said Ralph Zucker, president of Somerset Development. “We often say Bell Works has something for everyone, and from a workspace perspective, Colab at Bell Works provides a uniquely tailored environment to accommodate individuals, startups and small businesses at any stage in their growth.

“These businesses in turn are provided with a high-design, turnkey workspace solution and the flexibility to grow into larger footprints in unison with their business — all while benefiting from the plethora of amenities, thoughtful programming and constant activity within the metroburb.” 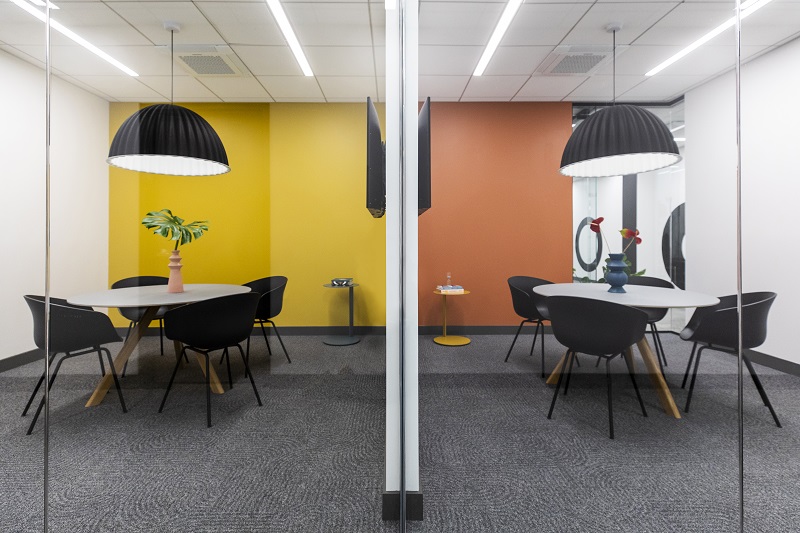 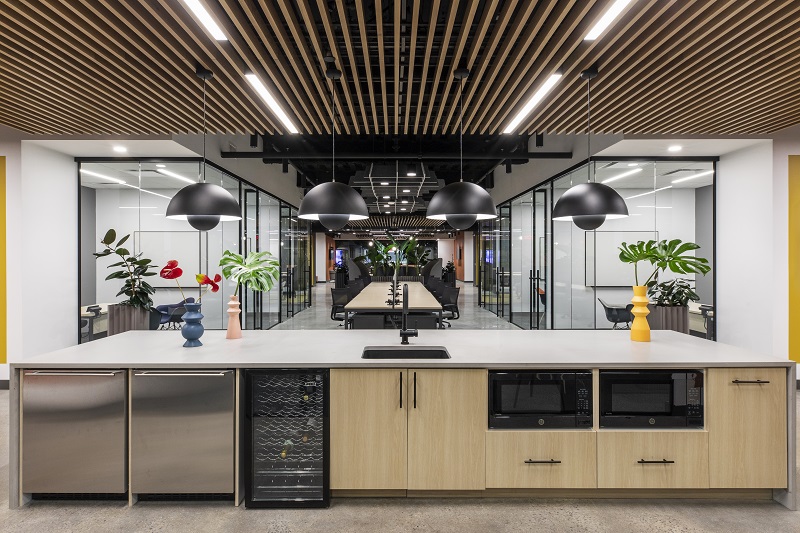 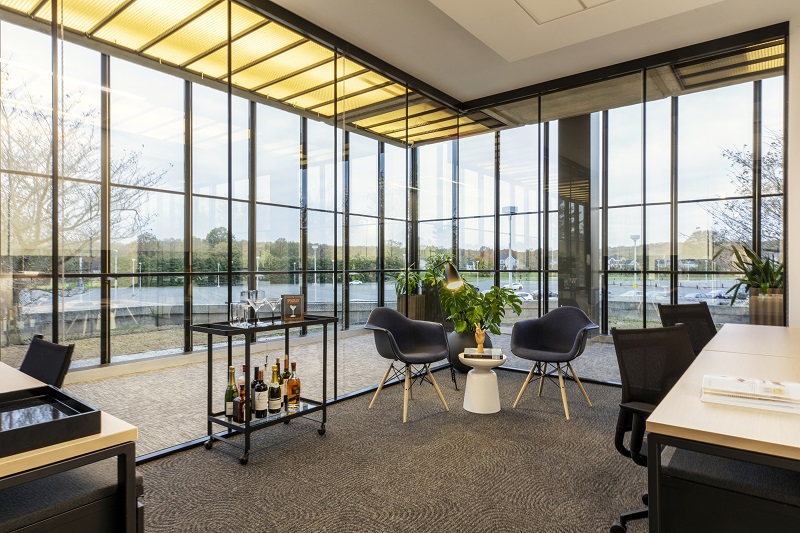 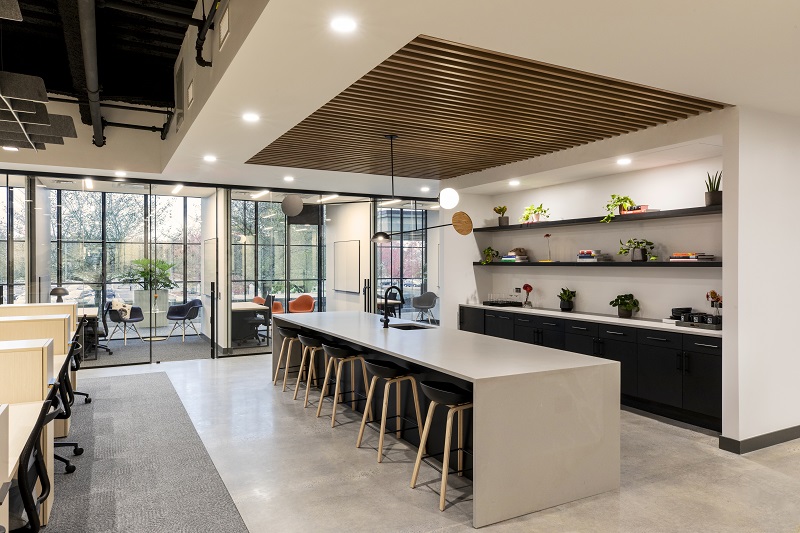 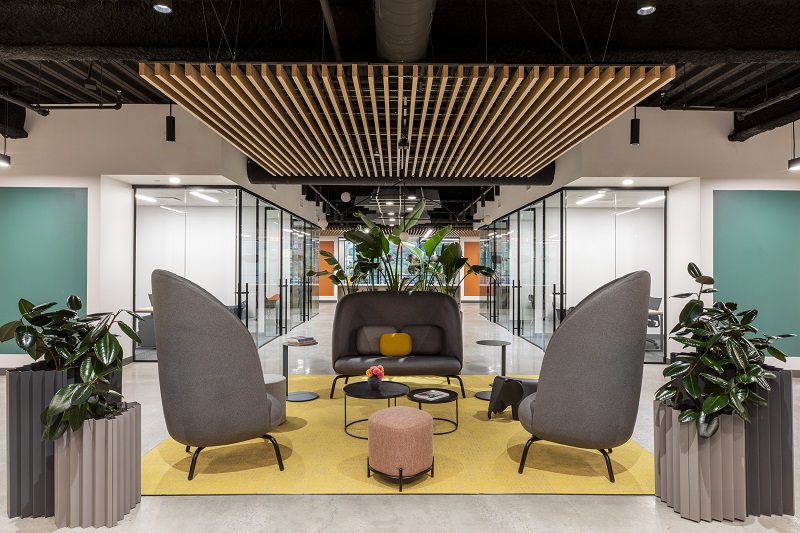 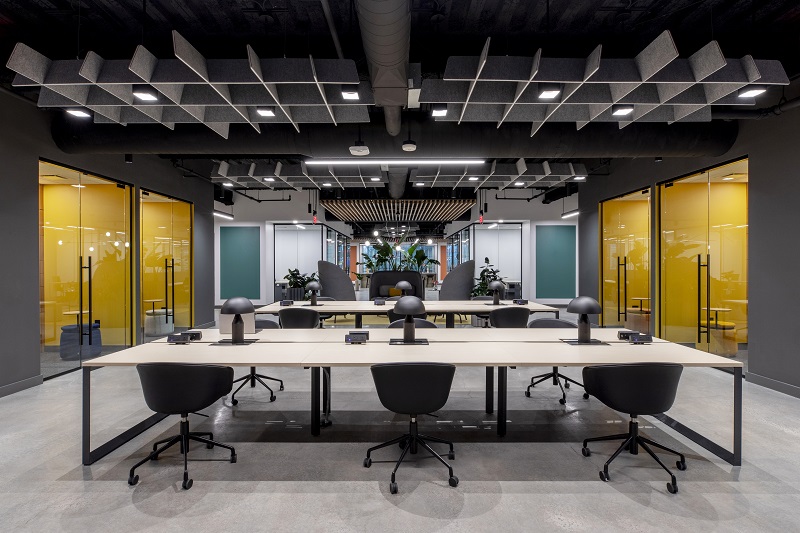 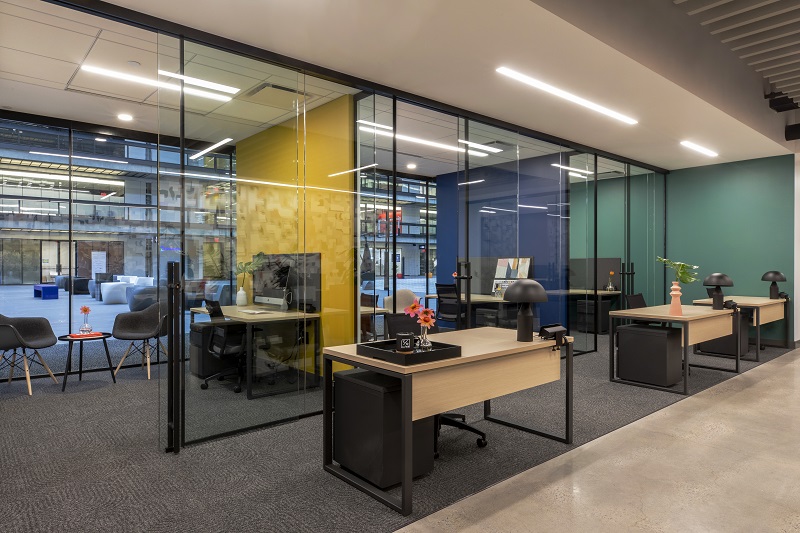 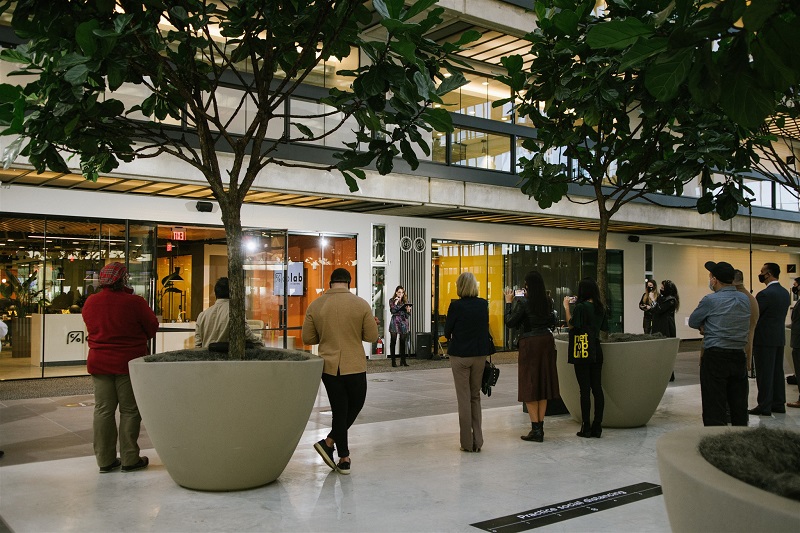 The space is the latest addition to the 2 million-square-foot campus on Crawfords Corner Road, the site of the iconic former Bell Labs complex. Somerset Development has repurposed and rejuvenated the formerly vacant building, in an effort that goes back nearly a decade.

Membership options at the new-look Colab include a $25 daily rate, flexible part-time starter packages and a full-time shared or hot desk with 24/7 office access and conference room access, according to a news release. Bell Works is also offering full-time dedicated workstations, single private executive offices, private offices for two to three workers and team pods and suites for teams of four or more.

“Thanks to the larger footprint of the new Colab at Bell Works, we’re now able to accommodate more custom solutions and flexible term lengths, which is highly appealing as businesses explore new workspaces in light of the pandemic,” said Sean Donohue, Colab’s managing director. “With the workforce’s shift to remote measures, people are seeking locations that offer a safe and professional setting for a multitude of reasons, from finding an escape from their four walls at home to identifying ways to collaborate, network and socialize. We’re also providing a solution that helps assuage concerns around the potential need to shift office footprints and the uncertainty around capacity limits.”

Somerset Development welcomed public officials last week to mark the opening of Colab at Bell Works, including Jo Schloeder, deputy chief of staff for U.S. Rep. Chris Smith and Holmdel Mayor Gregory Buontempo. On display was a newly designed space spearheaded by Paola Zamudio and her team at NPZ Style + Décor, along with G3 Architects, with new workstations that prioritize wellbeing and incorporate indoor plants and flower displays throughout.

In addition to fostering collaboration and creativity, the spaces also feature sustainable and forward-thinking materials from brands such as Designtex, Buzzispace and Muuto.

“I thought of every detail of the space during the design process, and biophilic and human-centric design are woven throughout Colab’s design DNA,” said Paola Zamudio, lead designer and creative director of Bell Works. “From the psychological effects of color and its effects on wellness, to the importance of plants in the workspace, to the furniture choices, textures and materials — every element was carefully selected to enhance the user experience.”

The expanded space now features additional private offices and partitions for increased privacy, phone booths for individual use, upscale desking systems and task chairs from Herman Miller, the news release said. Other elements include decorative lighting from Verner Pantone, Atelier de Atroupe and Andrew Neyer, along with leather furniture in the lounge areas.

Members also have access to an on-demand conference room that can be booked virtually via an app, lecture hall space at the subterranean level, a coffee bar and stocked pantries.

In its announcement Friday, the developer said Colab at Bell Works currently includes a roster of roughly 50 businesses and individuals from industries including graphic design, real estate, marketing, photography, human resources, nonprofit, education, legal and more. They are the latest addition to the landmark property, which is home to thousands of daily office workers and a quarter-mile-long atrium that features shops, restaurants and other community services.

Somerset Development also noted the increased safety measures at Bell Works in response to the COVID-19 crisis, including extra cleaning crew support for more frequent sanitization of the space and increased spacing between each of the workspaces. These measures are in addition to its “Stop the Spread” initiative which includes following Bell Works’ ‘house rules’ such as wearing facemasks at all times, social distancing and more.