The Rockefeller Group and Cushman & Wakefield recently hosted a broker open house at The Green at Florham Park, where they are marketing up to 300,000 square feet in build-to-suit office space. — All photos courtesy: Rockefeller Group

Many of the state’s top office brokers turned out last week for an up-close look at a sleek new flexible stay community in Florham Park and the site of a new corporate office building that could soon rise alongside it.

The Rockefeller Group, the developer of the buildings, hosted the broker open house on April 24 alongside Cushman & Wakefield, which is marketing the office site. The developer announced last month that it was moving ahead with the proposed build-to-suit, which could accommodate up to 300,000 square feet, as part of the next piece of its master-planned redevelopment site known as The Green at Florham Park. 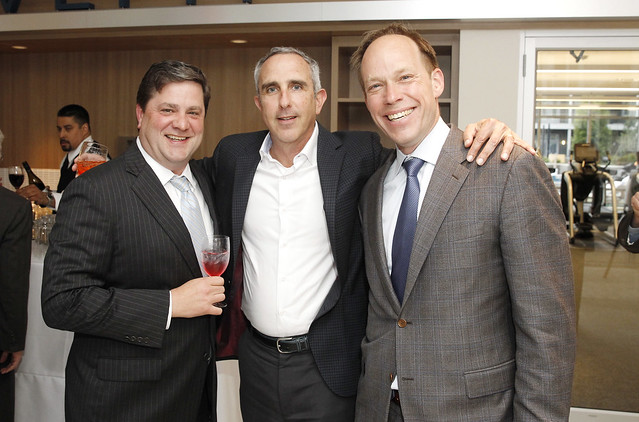 In the process, Rockefeller showed off the most recently completed segment of The Green, the new 256-unit flexible stay community known as AVE Florham Park. Developed with Korman Communities, the project features high-end suites and amenities geared toward corporate housing and relocations.

C&W: Former Chubb HQ in Warren is ‘an unparalleled opportunity’ for office users