A developer has unveiled a set of club-style amenities at a condominium complex in downtown Jersey City, as it begins to market the final phase of the 429-unit property.

Liberty Harbor North LLC on Monday touted the new features at Gulls Cove, a development whose remaining homes start at $450,000. Located at 201 Marin Blvd., the complex includes brownstone-style duplex and triplex homes, all of which have access to the amenity spaces.

Those amenities include a fitness studio with Peloton bikes and a dedicated yoga studio, a club room with a bowling alley, shuffle board and screening area and a resident’s lounge, the firm said in a news release. The developer also touted a children’s playroom with modern toys and classic books, along with 24-hour concierge service.

“We’re thrilled to have added this substantial amenity offering to Gulls Cove which we believe creates a fun, socially-interactive atmosphere for our residents,” said Art Johnson, vice president of Liberty Harbor North LLC. “The amenities are an extension of the homes, and we’ve designed the spaces to encourage everything from quietly relaxing with a glass of wine to enjoying a spirited game of bowling or shuffleboard to rejuvenating the body and mind with a work-out.

“It’s the type of lifestyle experience today’s buyers are looking for.” 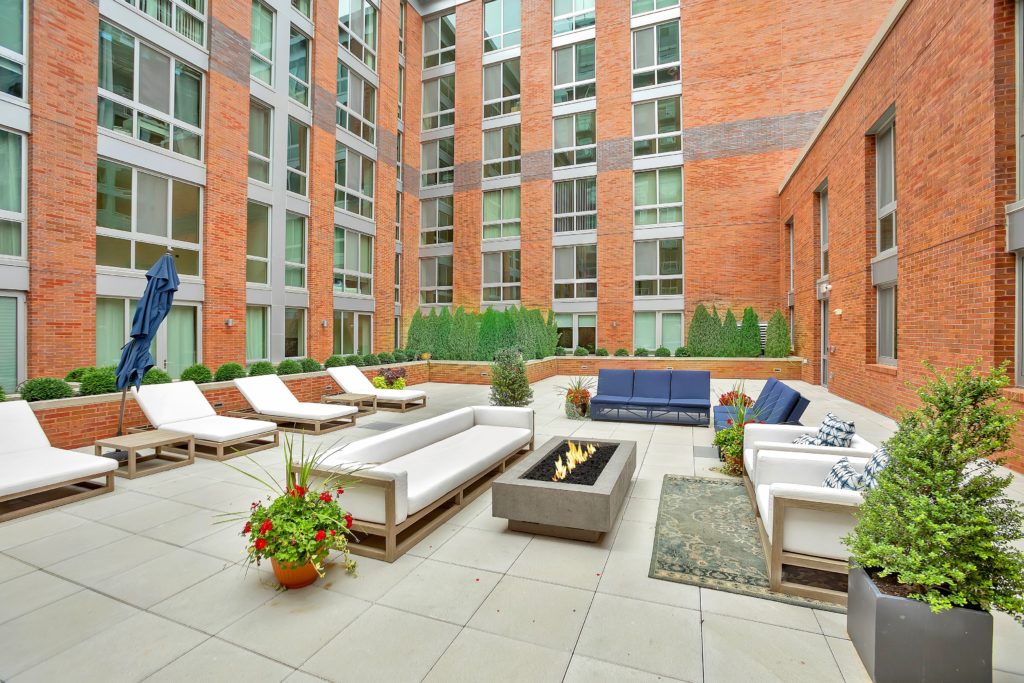 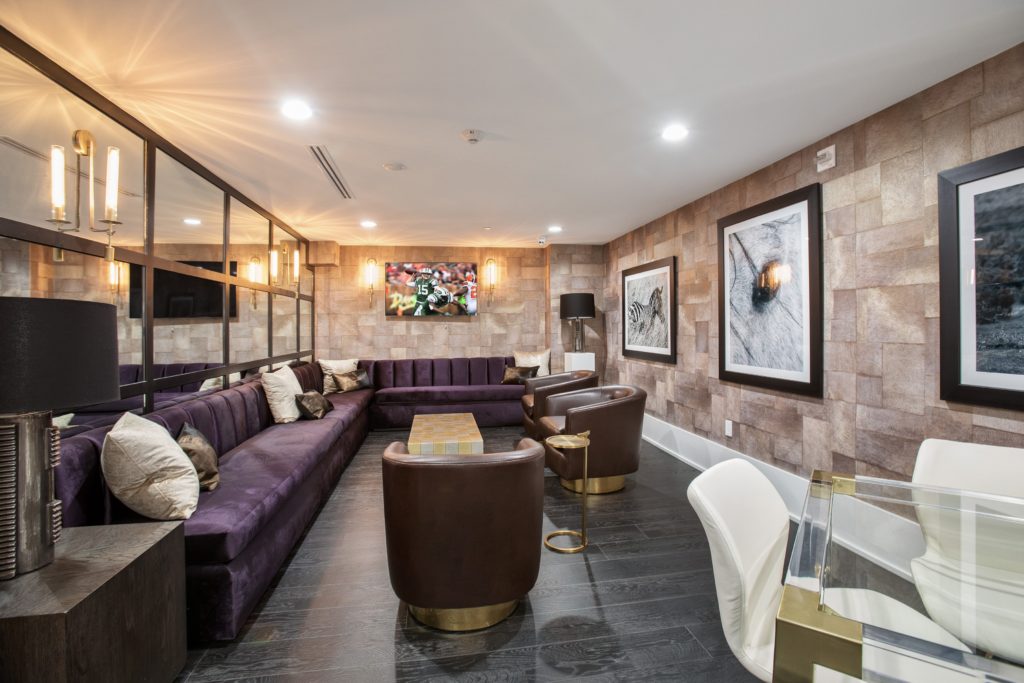 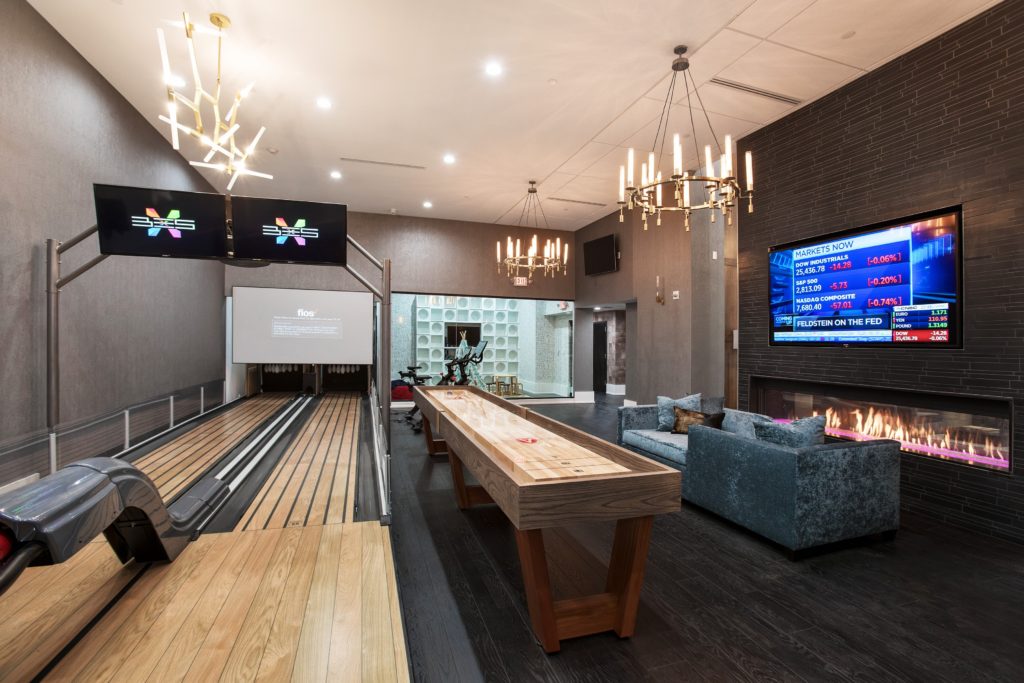 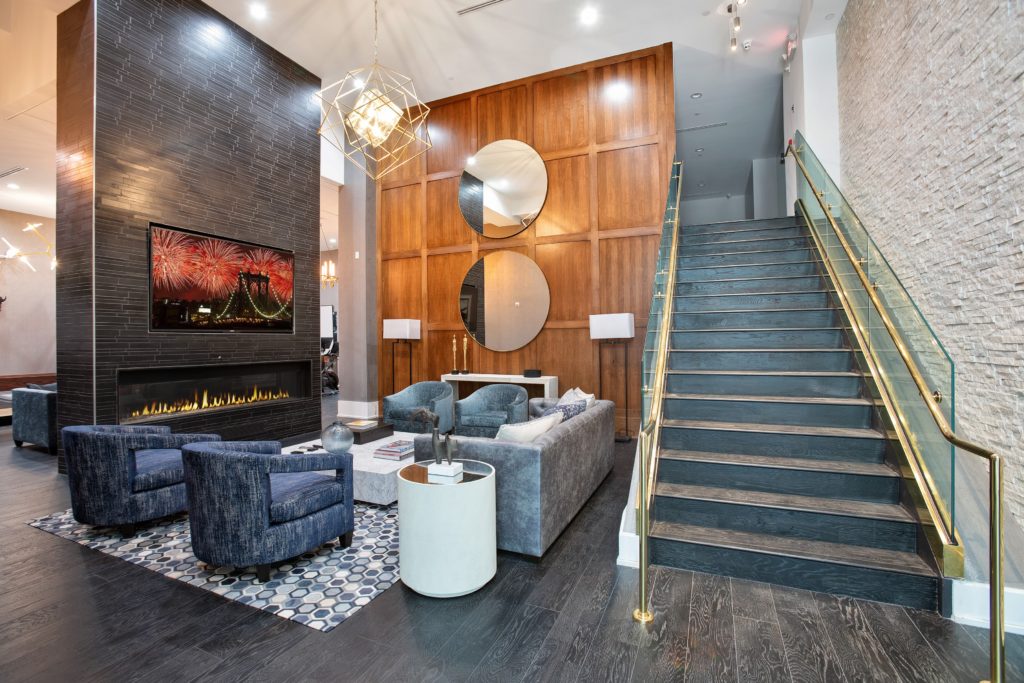 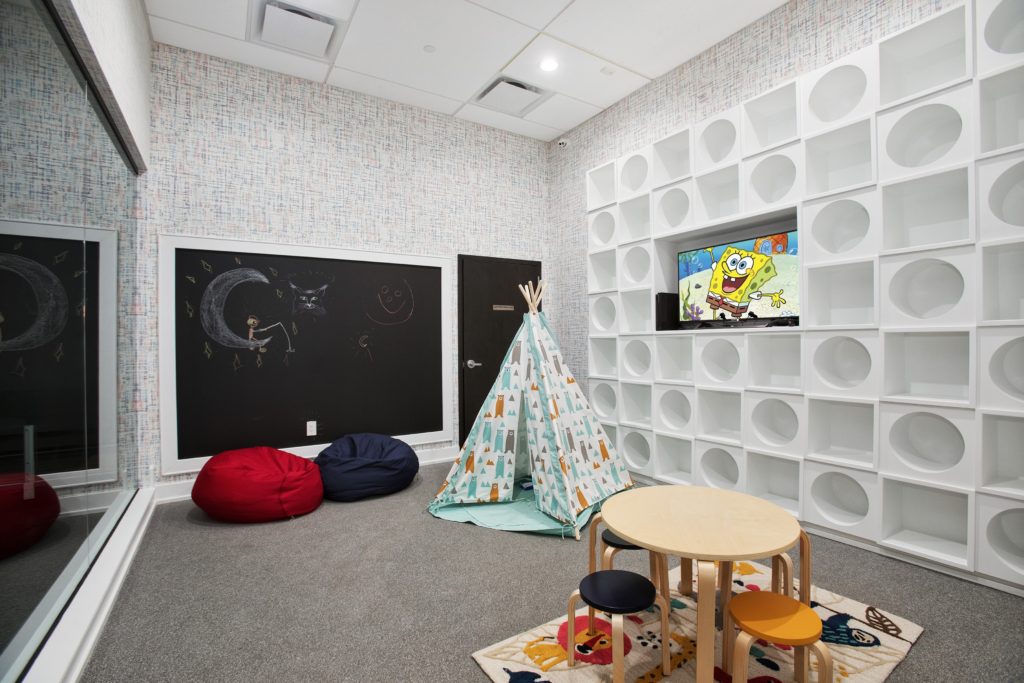 The developer announced early this year that it was releasing the 15 multilevel homes at Gulls Cove. The two-story duplexes offer private street entrances and 13-foot ceiling heights on the first floor of the two-bedroom floor plans, while the three-story designs feature three bedrooms, oversized balconies with sweeping city views and a private garage.

“Unlike older brownstones with narrow footprints, low ceilings and dark interiors, these are new- construction residences outfitted with modern finishes and appointments and a more open, loft-like feeling,” Johnson said.

Designed by Marchetto Higgins Stieve Architects, Gulls Cove comprises two buildings connected by a ground-level row of public retail and private amenities. The community is directly across from a Hudson-Bergen light rail station and a short walk away from the Grove Street PATH station and NY Waterway ferry service to Manhattan.

Each unit features high-end appliances and finishes, while some homes feature views of the Manhattan skyline or Liberty State Park.