China Overseas America, the developer of the 79-story building known as 99 Hudson, hosted the gathering on July 11 inside its sales gallery along the Hudson waterfront. The event celebrated the renowned Jersey City Mural Arts Program, as more than 30 works of art were on display with the Manhattan skyline as a backdrop.

The evening drew attendees including Jersey City Mayor Steven Fulop, fellow city officials, regional artists and members of the business community who have supported the arts community. They were on hand for what was described as the highlight of the night — the official launch of the JCMAP website, JCMAP.org, which shows the locations of the nearly 140 public murals that have emerged throughout Jersey City.

“We started the Mural Arts Program six years ago to offset vandalism and graffiti. It has now grown into an internationally recognized forum for public art,” Fulop said. “This new website will not only allow people from all over the world to enjoy the murals, but it will also enable interested onlookers to look up information about a painting and even encourage more people to seek out the miles of available free public art.” 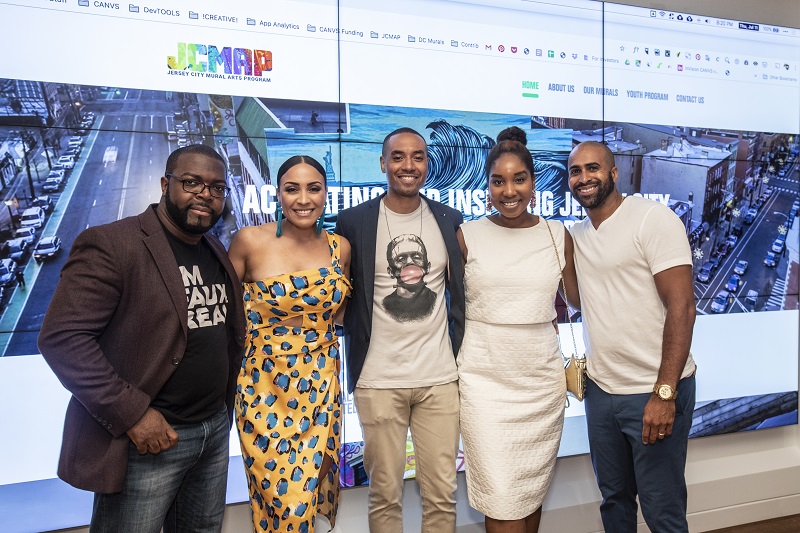 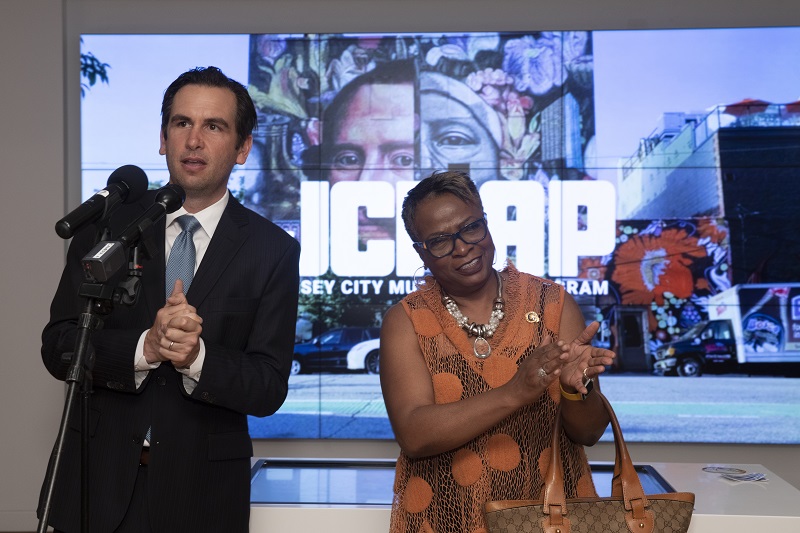 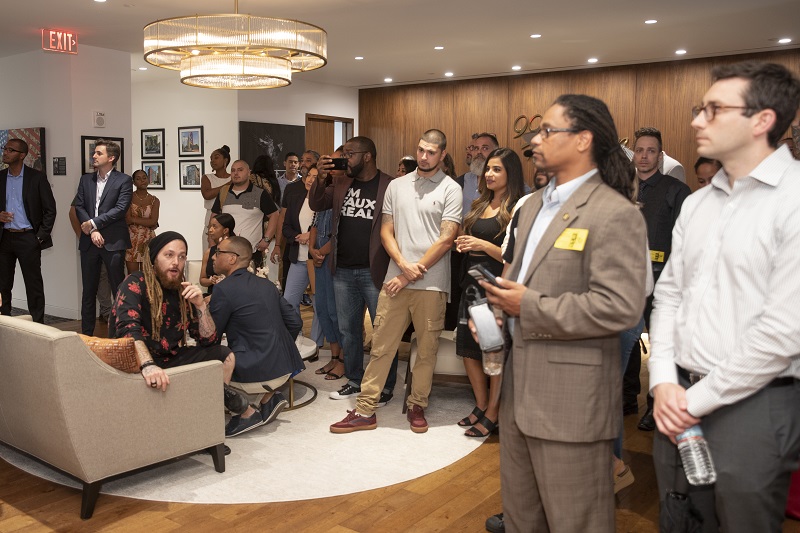 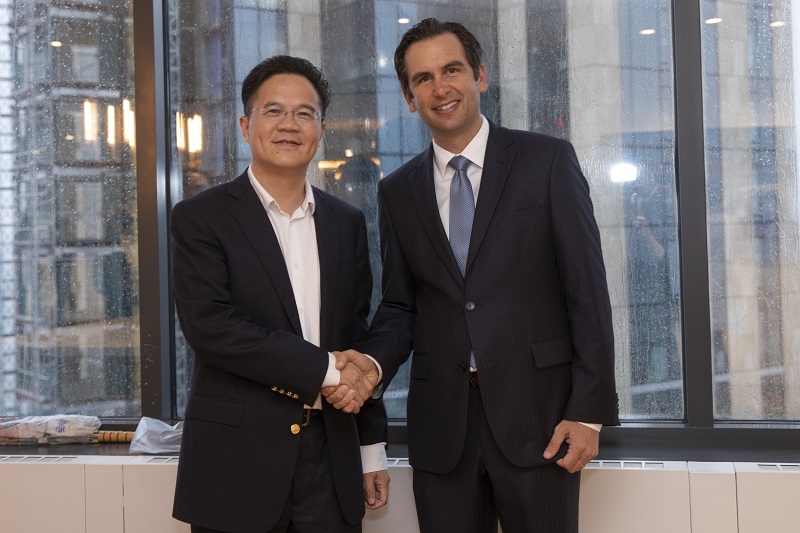 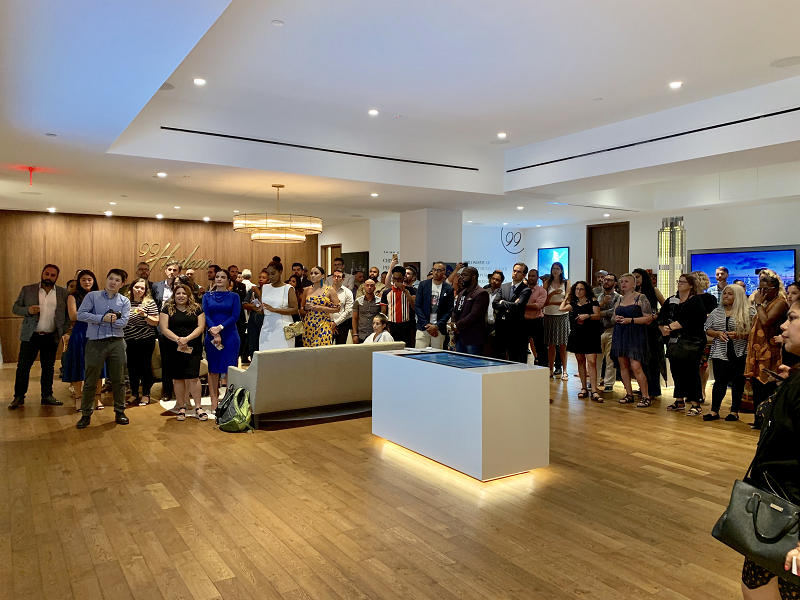 Visitors had a look at the website as it was displayed on 99 Hudson’s oversized screen, according to a news release. The website is powered by CANVS, an interactive platform started in Jersey City that helps people discover and interact with street art in different cities.

“Thank you to the team from 99 Hudson for being partners in getting us to this place,” Fulop said to a packed gallery. “They’re investing in the community, both in their actions as well as on the construction front, and we’re thankful for that. They’re transforming the skyline for New Jersey and for Jersey City.

“When you enter New York Bay, there are landmark buildings on this side of The Hudson, and 99 Hudson will be a great addition to that. I want to thank you for all that you’ve done.”

Initiated in 2013, JCMAP is an initiative by the mayor’s office that links established and emerging local, national and international mural artists with property owners citywide, the news release said. Dozens of artists from 16 countries and seven U.S. states have participated to create works such as an 18-story piece completed by world-renowned artist MadC.

Other notable works include the 180-foot David Bowie mural by the Brazilian artist Eduardo Kobra, which adorns the side of a building in the city’s Soho West neighborhood.

The developers of 99 Hudson have opted to embrace the city’s arts scene in order to strengthen its connection to the community.

“We chose Downtown Jersey City for our 99 Hudson luxury condominium building because it offers every lifestyle element one looks for in a vibrant and culturally-rich residential destination, including a diverse dining scene, considerable open space, spectacular views and a comprehensive public transportation network providing an ultra-convenient commute into

Manhattan,” said Xiaocheng Zhou, president of COA 99 Hudson LLC. “What’s more, its fabric is deeply rooted in the arts which is growing stronger and more impressive each year.

“Mayor Fulop and his administration have done an admirable job in embracing and supporting the arts, and we’re delighted to help showcase these wonderful and iconic works of art which have become an integral part of Jersey City’s identity.”