A joint venture has kicked off leasing at 200 new luxury apartments in Montclair, marking a milestone in a plan to create an arts district anchored by a historic downtown theater.

Ironstate Development Co., which has debuted the building in partnership with Brookfield Properties, said immediate occupancy is available at what’s known as Two South Willow. Monthly rents at the Bloomfield Avenue complex start at $1,760 for studios, $2,290 for one-bedroom homes, $3,085 for one-bedroom-plus-den units and $3,760 for two-bedroom units.

The six-story building, which is steps from the acclaimed Wellmont Theater, will also feature 38,000 square feet of street-level retail and arts space and an outdoor pedestrian plaza that will open to the public this summer.

“After years of developing properties throughout the tristate area, we were thrilled to be able to build in such a vibrant community like Montclair,” said David Barry, CEO of Hoboken-based Ironstate Development. “The dynamic, local culture heavily influenced the design of the building and development of the new Wellmont Arts Plaza to create a new destination for Montclair residents.” 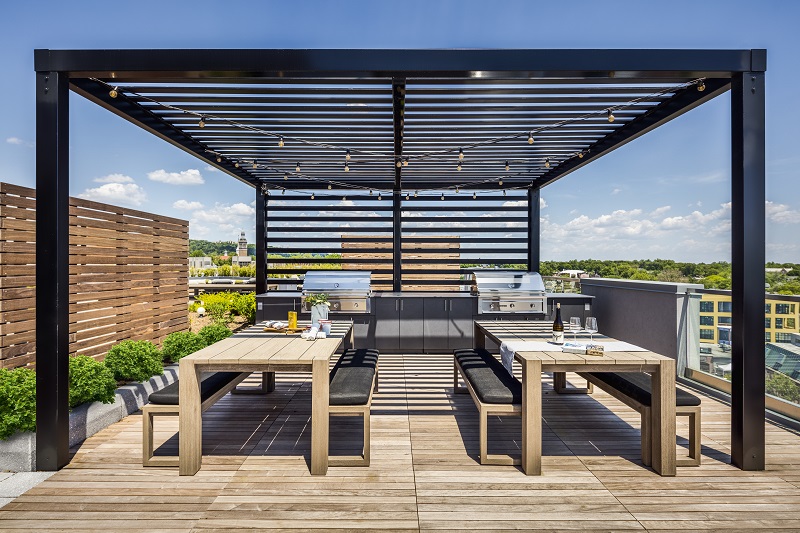 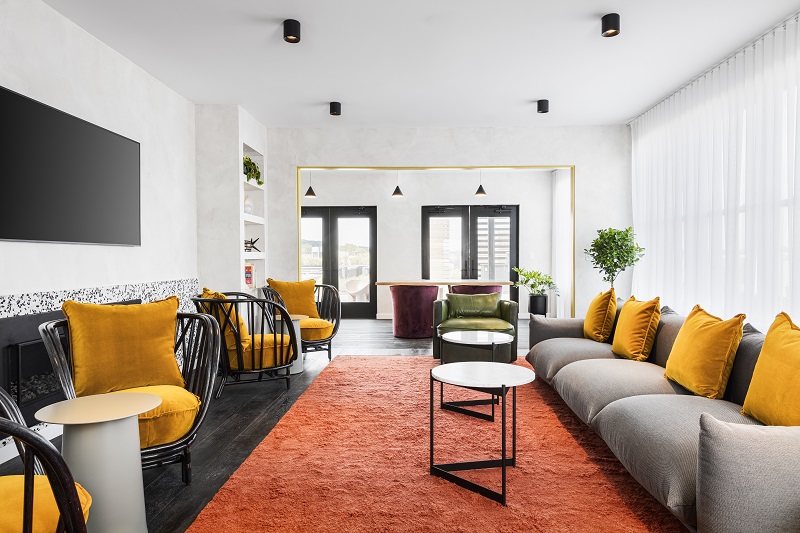 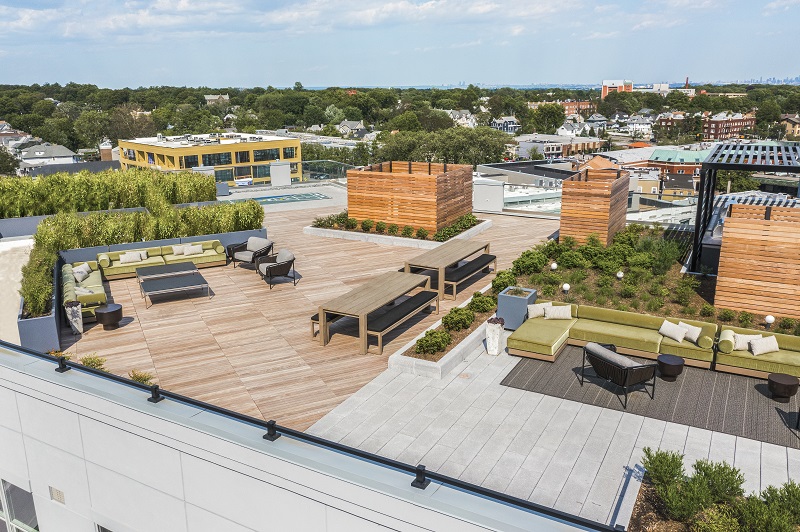 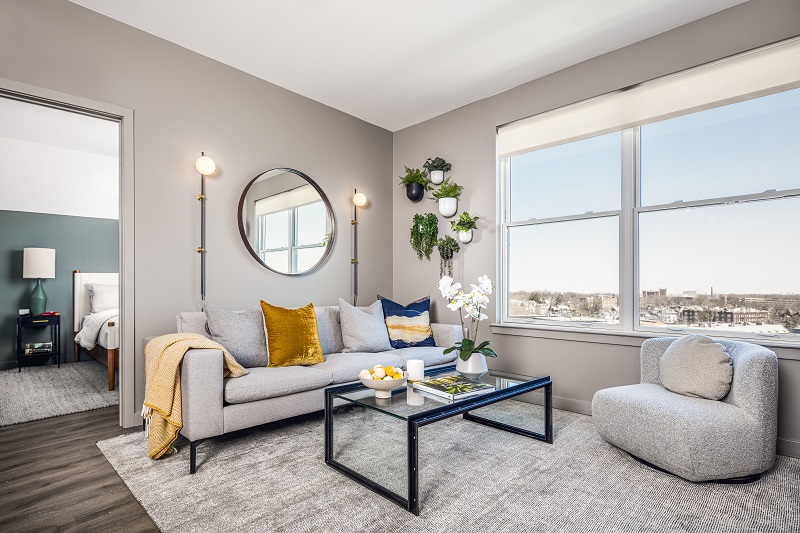 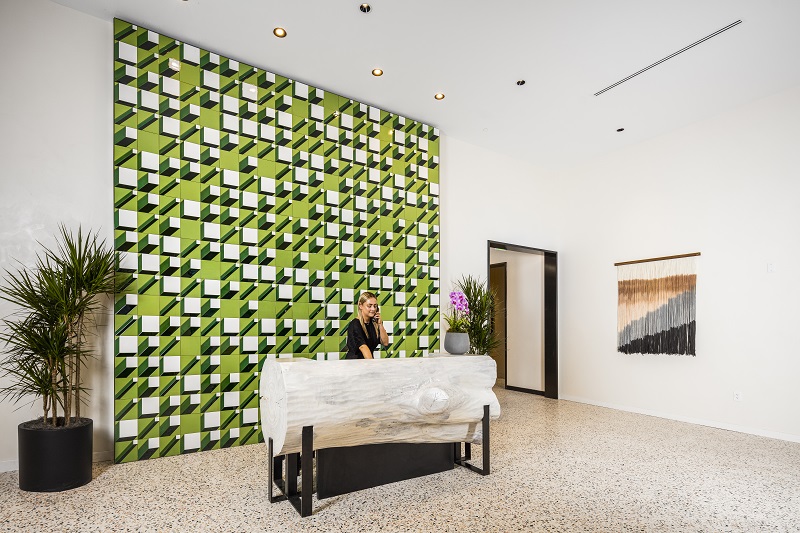 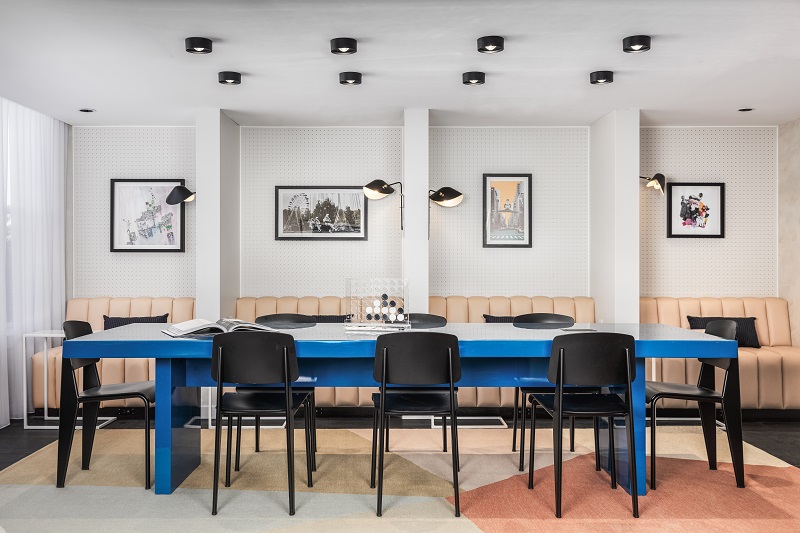 Designed by Marchetto Higgins Stieve Architects and Minno & Wasko Architects and Planners, with interiors by Kara Mann Design, Two South Willow evokes the historic architecture and brickwork of adjacent buildings such as the Wellmont, Ironstate said. Amenities include a roof deck with Manhattan skyline views, along with a fitness center with Peloton bikes and a rooftop study with a fireplace.

Ironstate said the residential space will also reflect the art district’s cultural influence with a tile mural in the lobby by Portuguese atelier Can Ran and a distinctive front desk fashioned from a whole tree trunk by furniture designer John Houshmand. Meantime, the new Wellmont Arts Plaza will open on Seymour Street, just outside the building, creating a space that will host open-air performances and other events.

Designed by Montclair-based landscape architect Arterial, the plaza will feature extensive landscaping, outdoor seating and multiple art installations, according to a news release. The space will debut as retail tenants Gravity Vault and One River School also open this summer.

Residents of Two South Willow will be in the midst of Montclair’s popular downtown and within walking distance of NJ Transit’s Bay Street and Walnut Street stations, which offer commuter rail service to New York Penn Station.