Developers joined and public officials joined New Jersey City University to cut the ribbon on RIVET in Jersey City. — Photo by Hal Brown/Courtesy: The Hampshire Cos.

The first of five mixed-use projects that will transform the campus of New Jersey City University has opened its doors on the west side of Jersey City.

The project, known as RIVET, was on display Wednesday as its development team unveiled 163 new luxury apartments just east of Route 440. They joined other stakeholders to hail the achievement and the broader plan known as University Place, which calls for redeveloping some 22 acres of land owned by NJCU through a series of public-private partnerships.

“The University Place project marks the next chapter in Jersey City’s remarkable story and we are honored to be a part of that story with the opening of RIVET,” said James E. Hanson II, CEO and president of The Hampshire Cos. “This project serves as an important milestone in the transformation of the city’s west end.”

Hampshire and Claremont Cos. developed the property in partnership with Circle Squared Alternative Investments, which is serving as project investment adviser, and expects to begin work on a second building later this year. Elsewhere on the NJCU site, a team led by PRC Group is building a 144-unit complex and is also planning a second project. 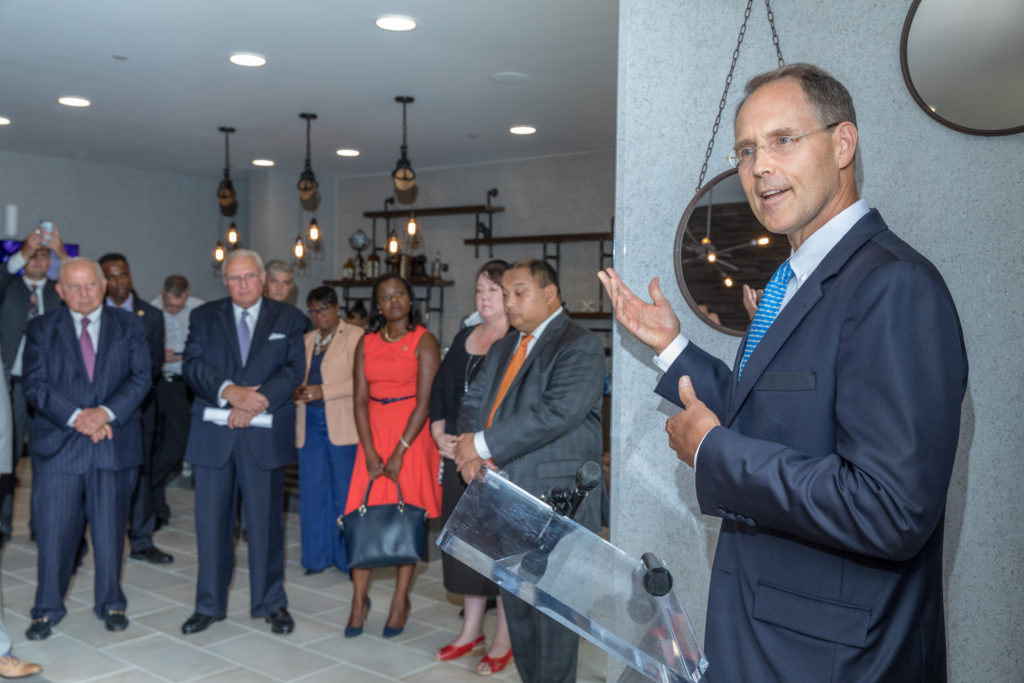 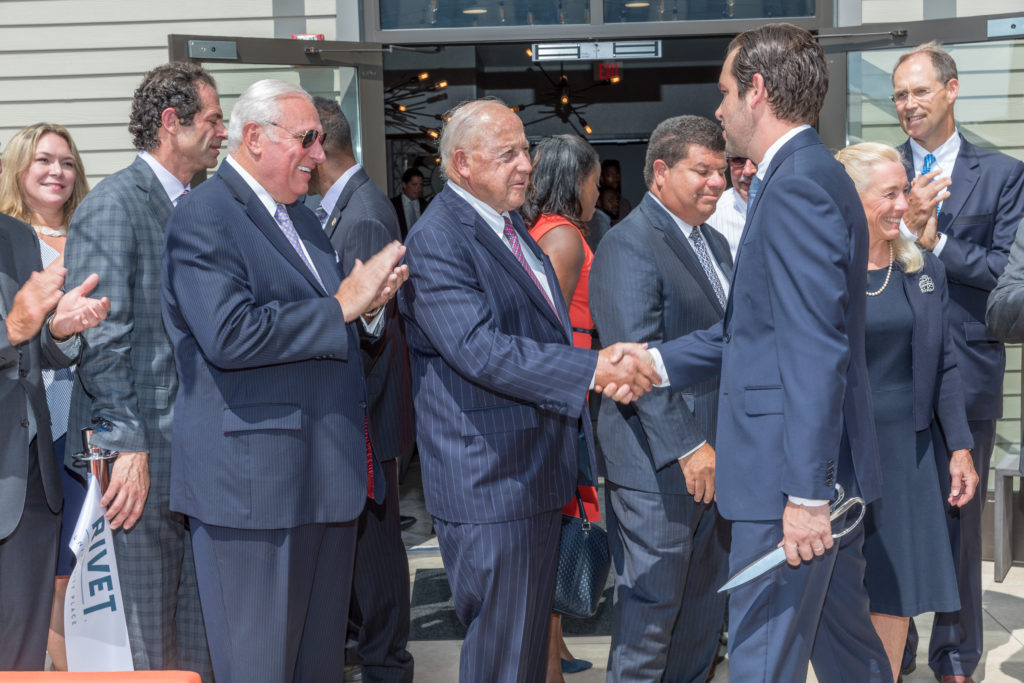 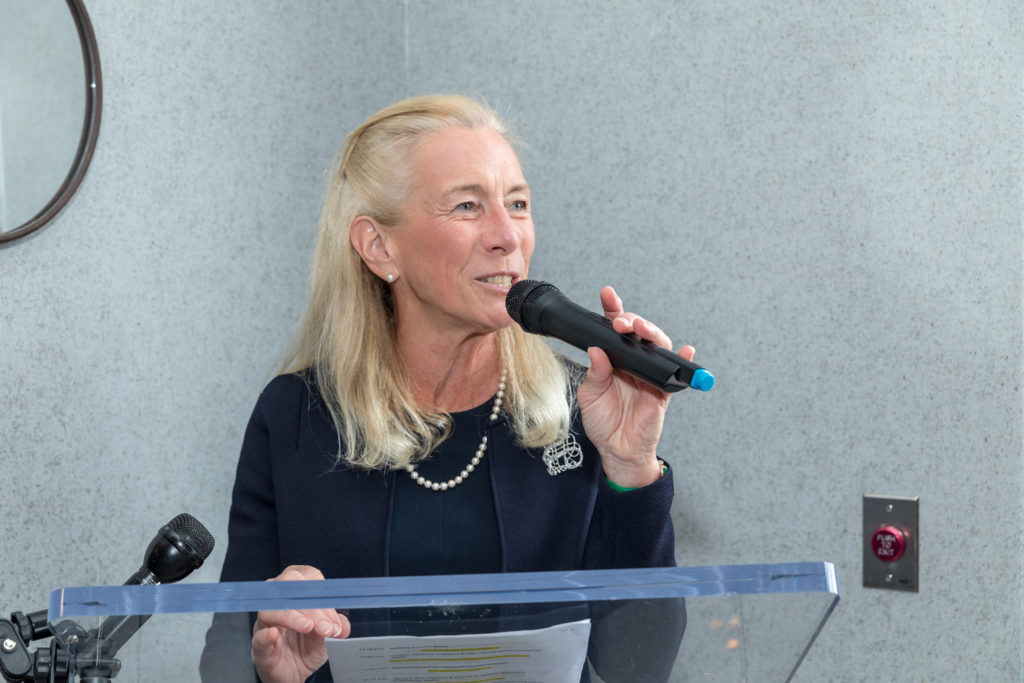 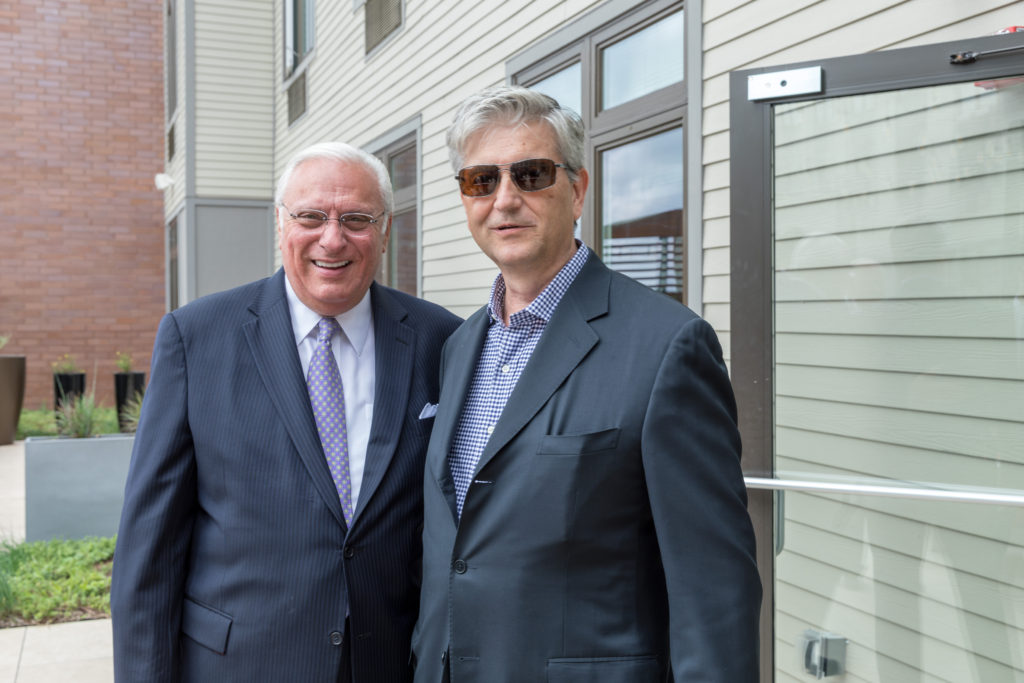 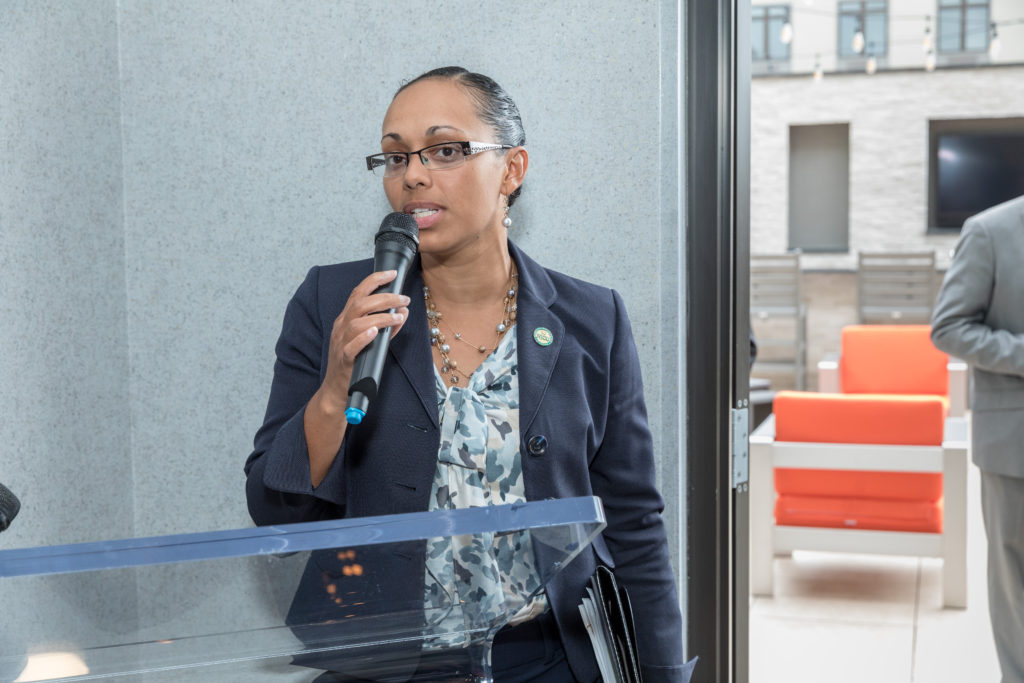 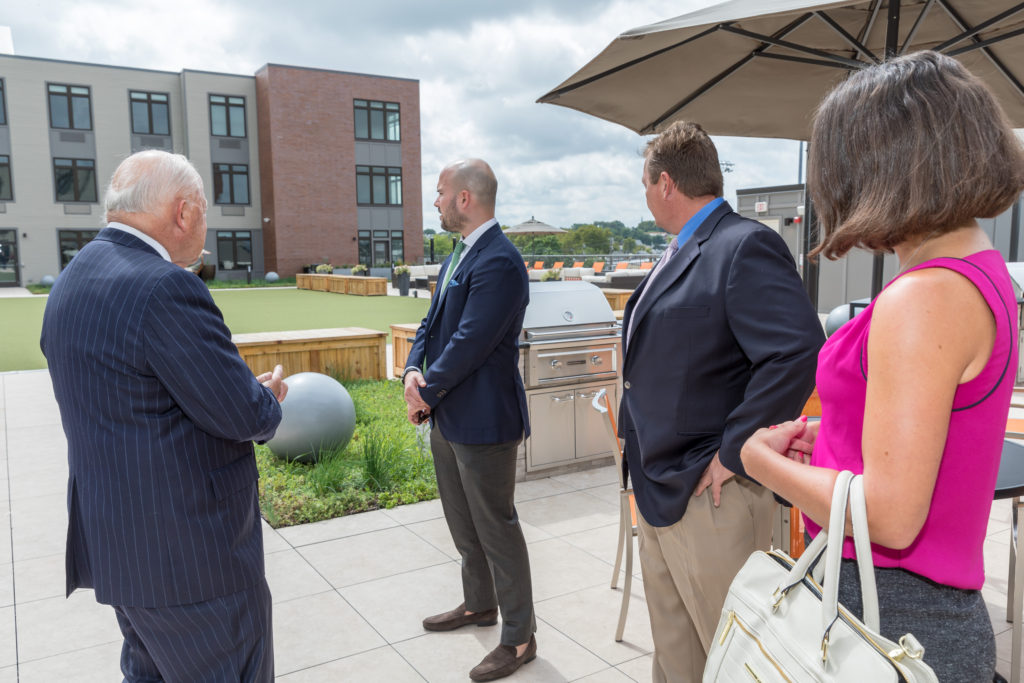 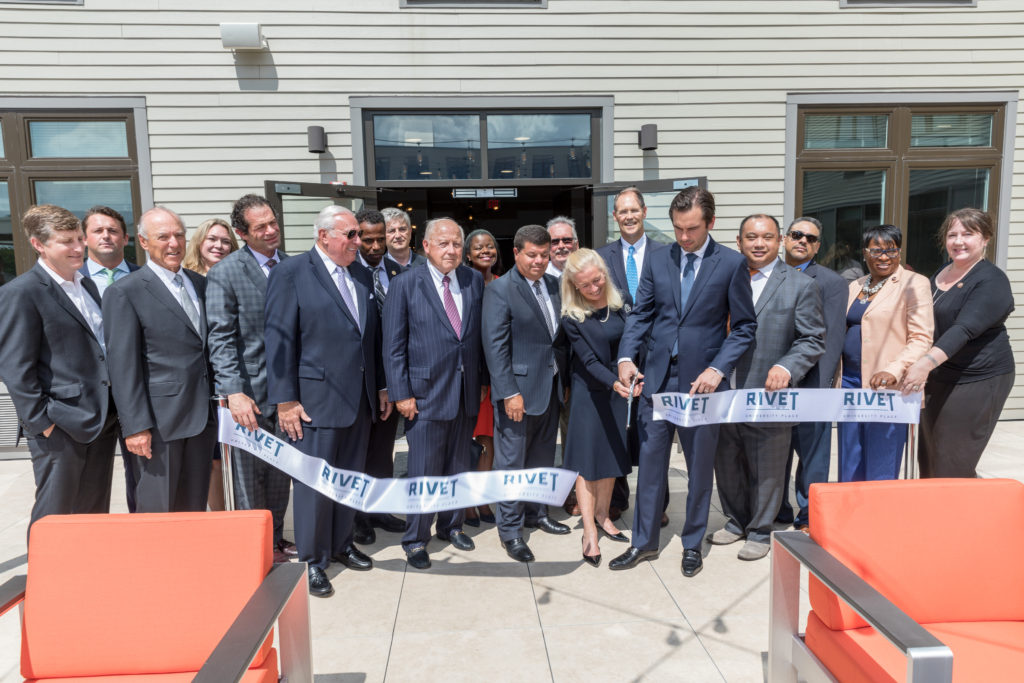 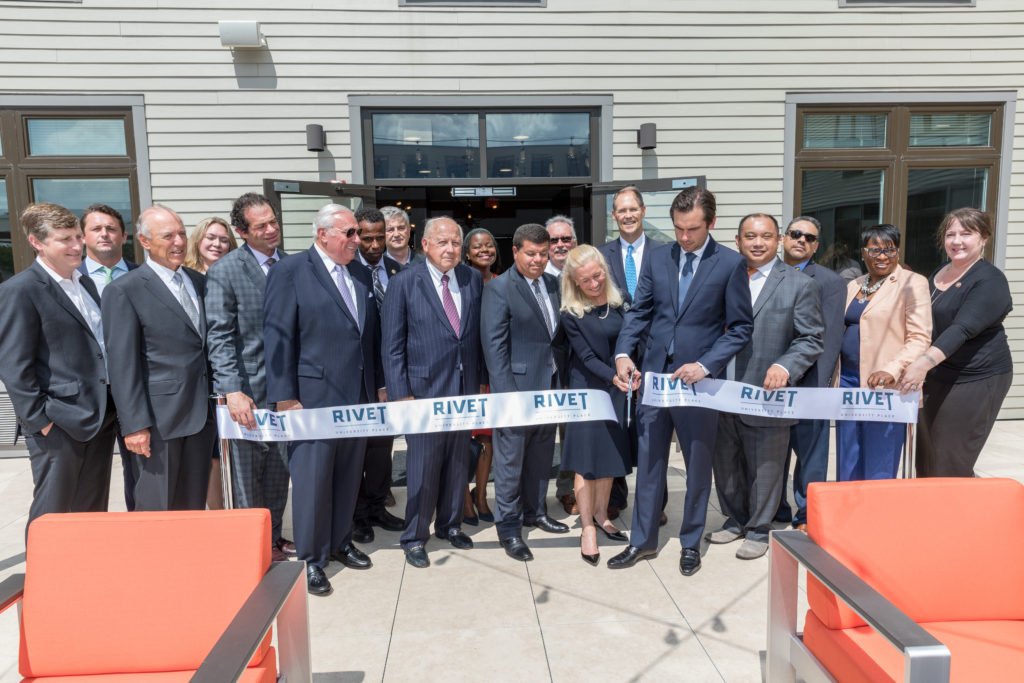 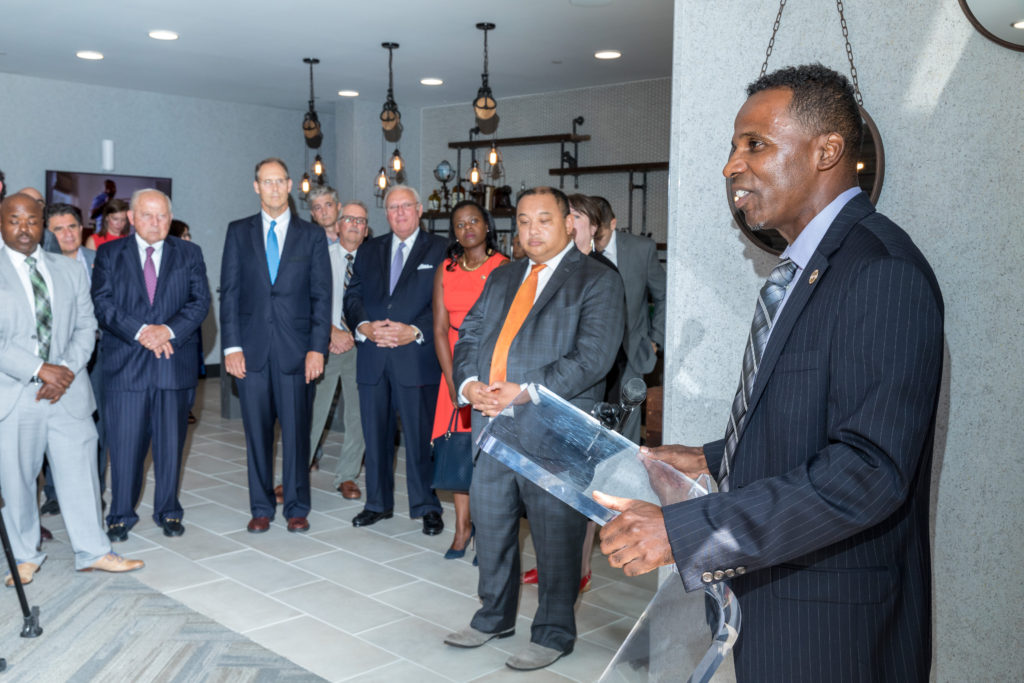 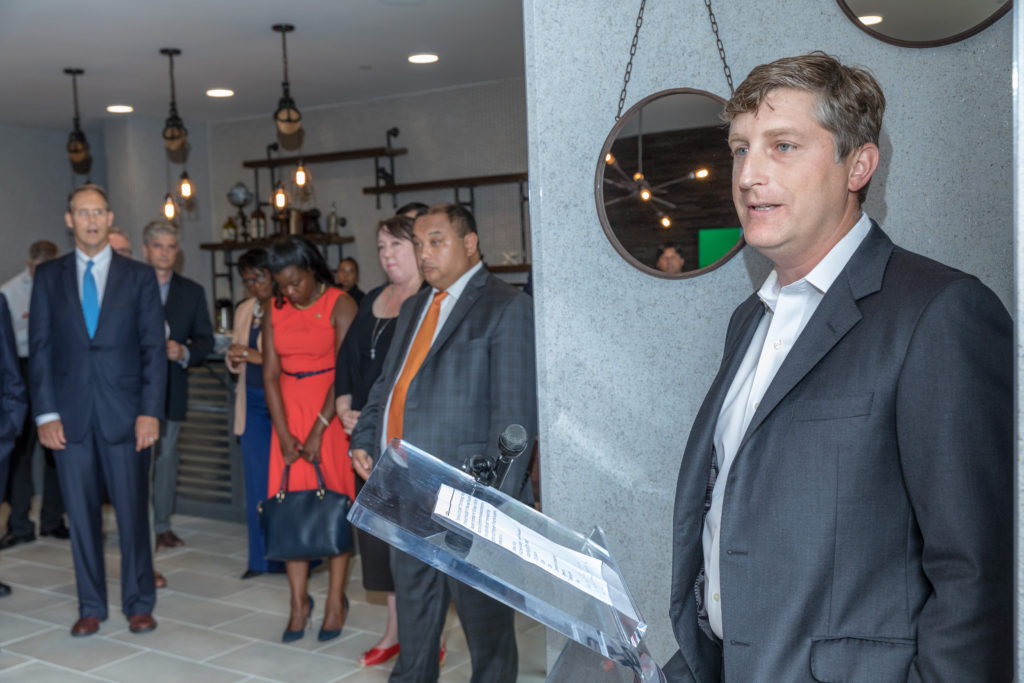 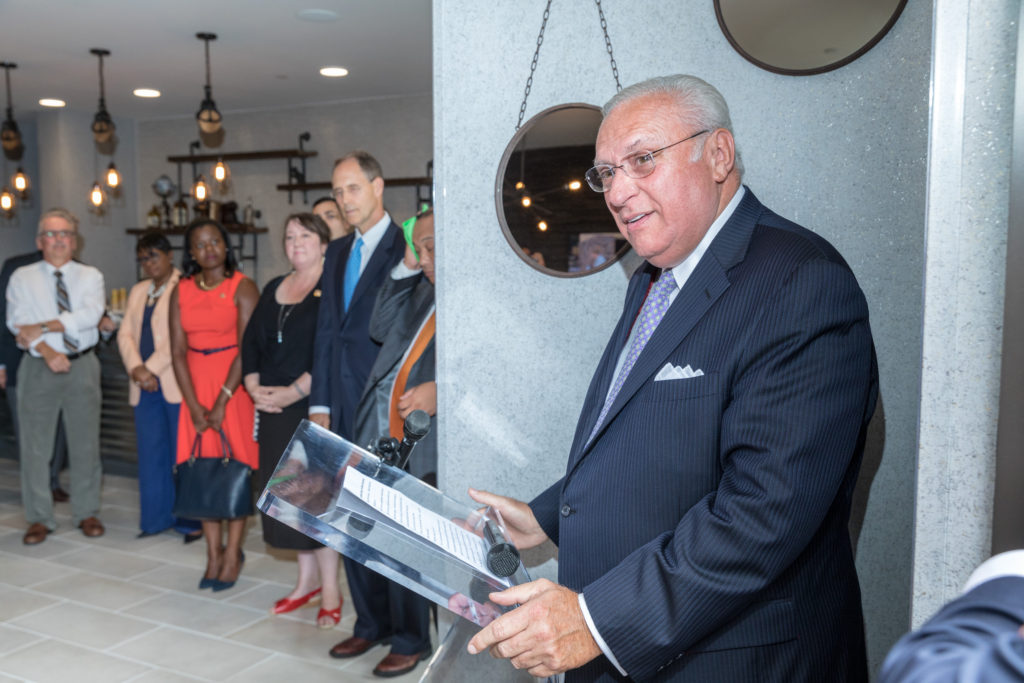 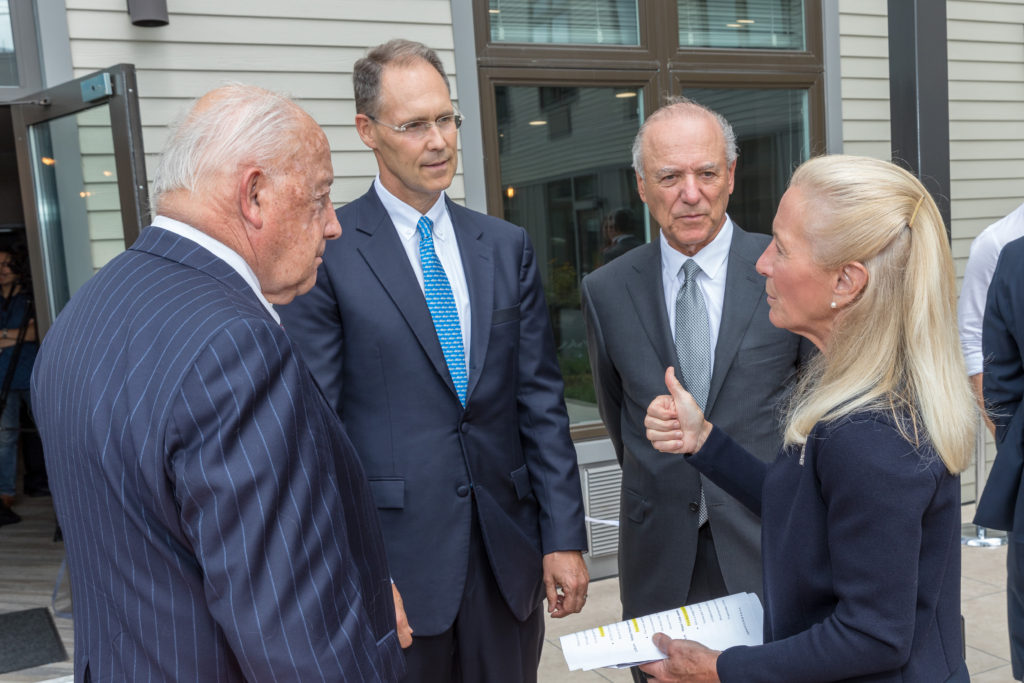 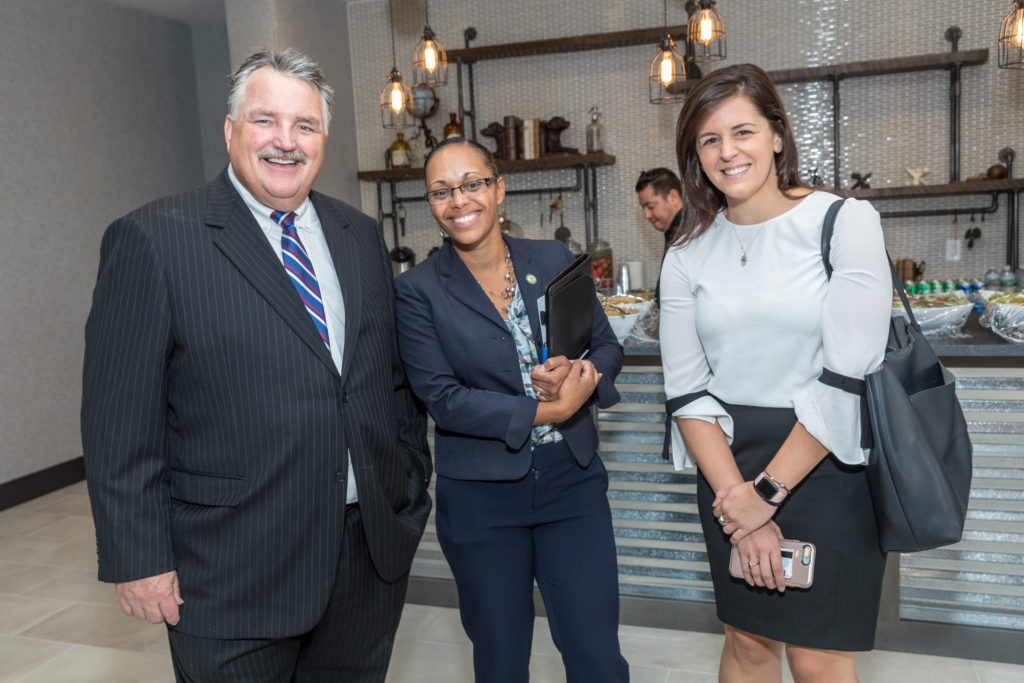 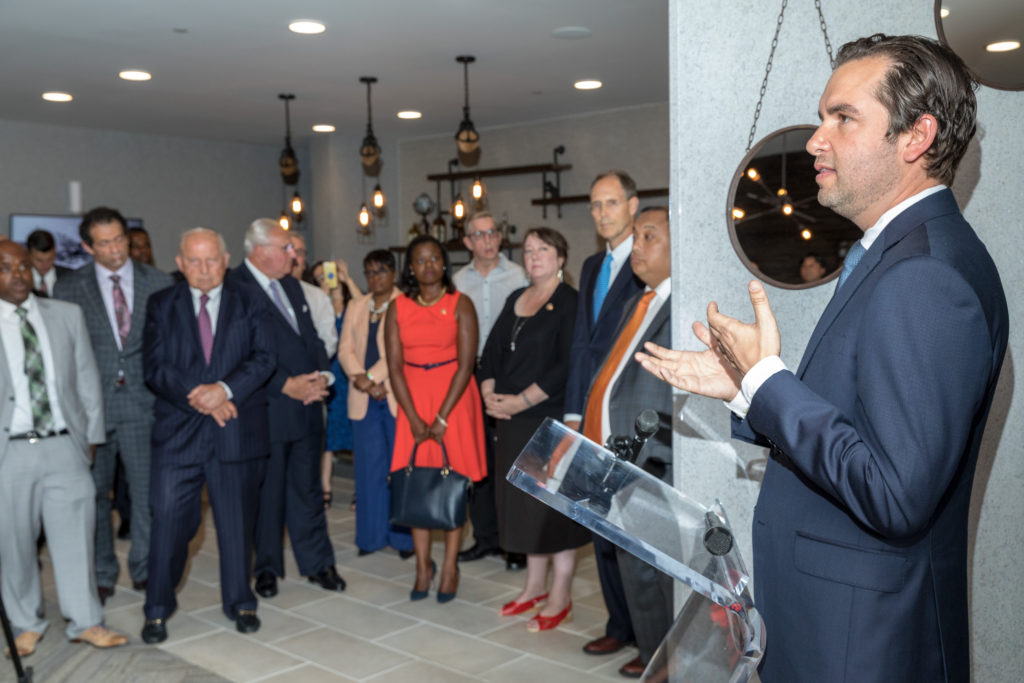 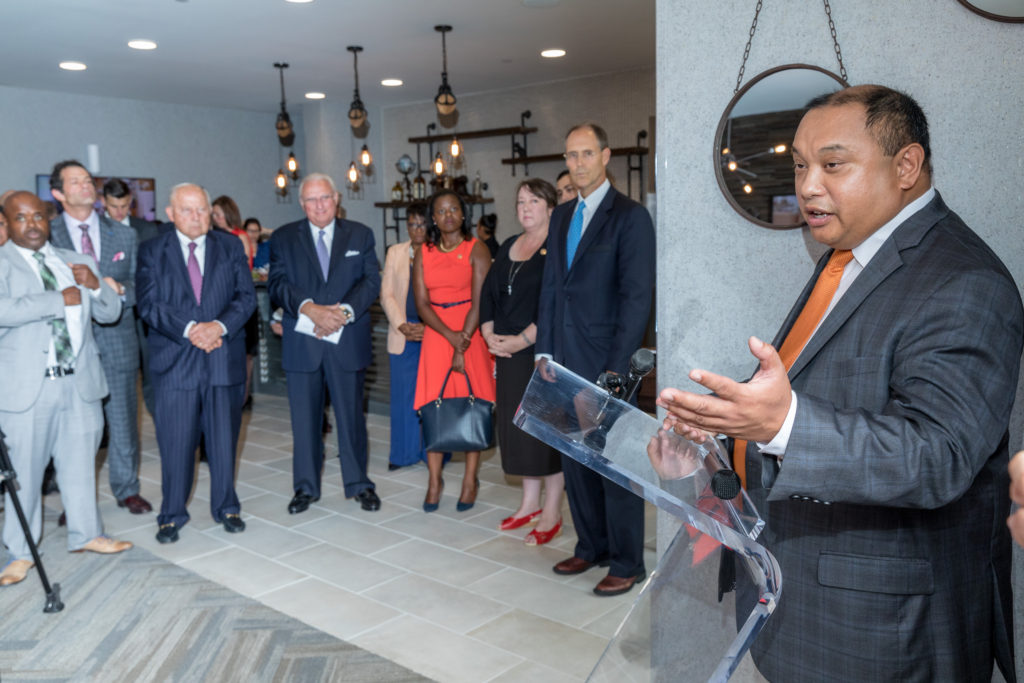 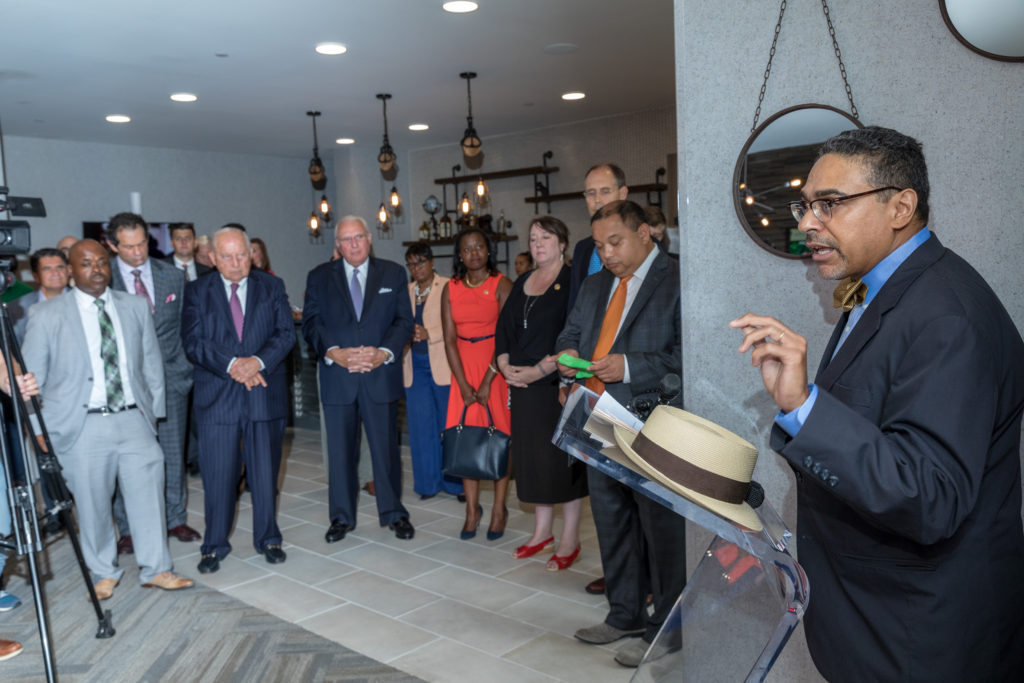 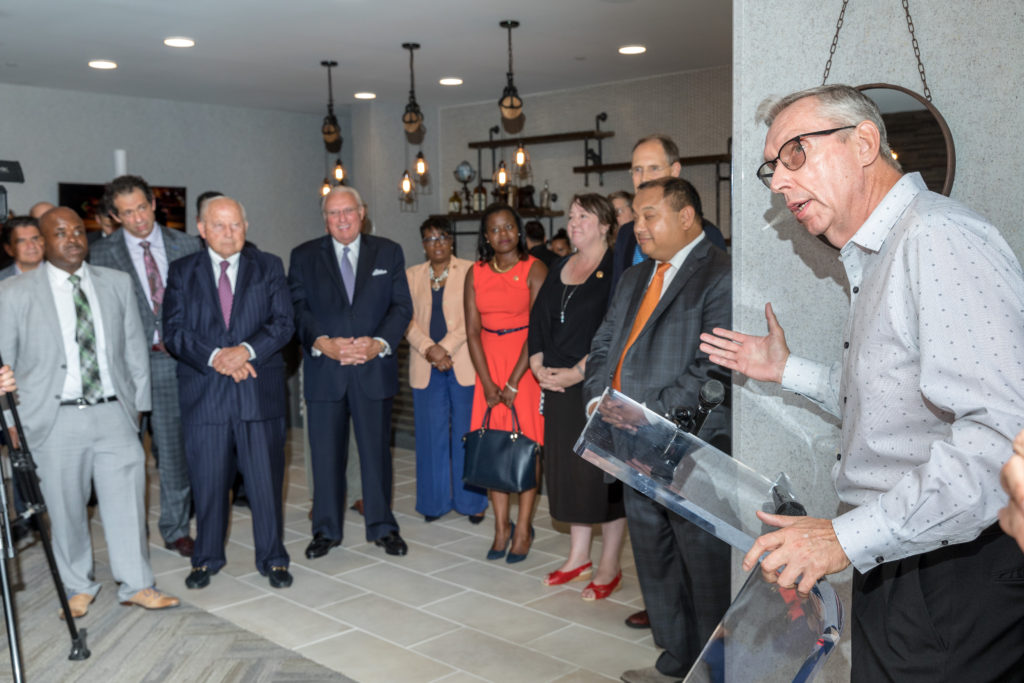 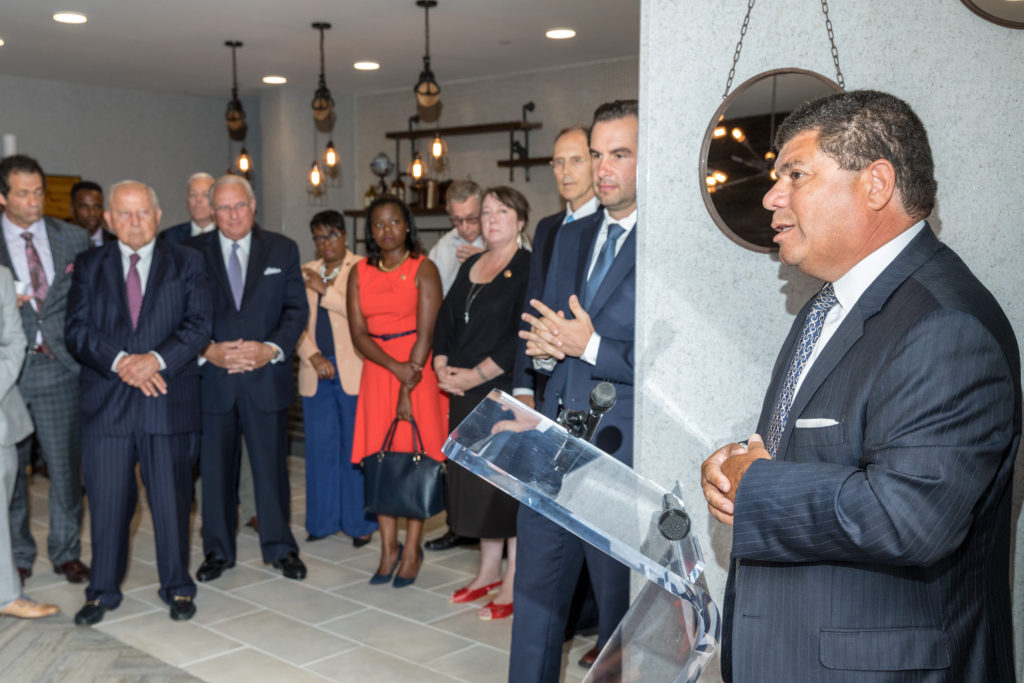 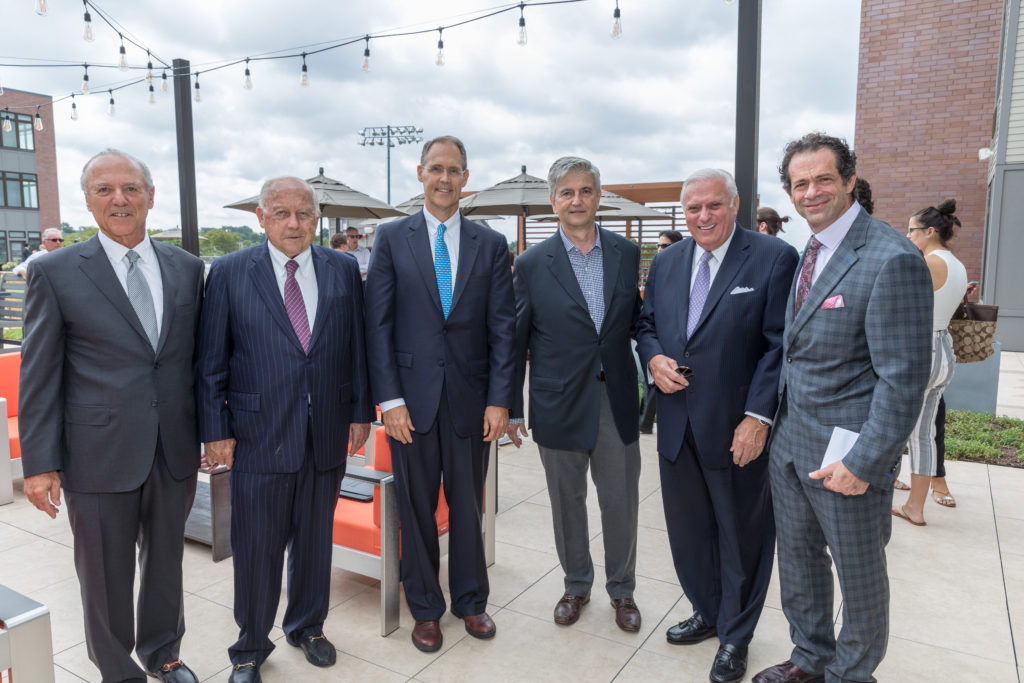 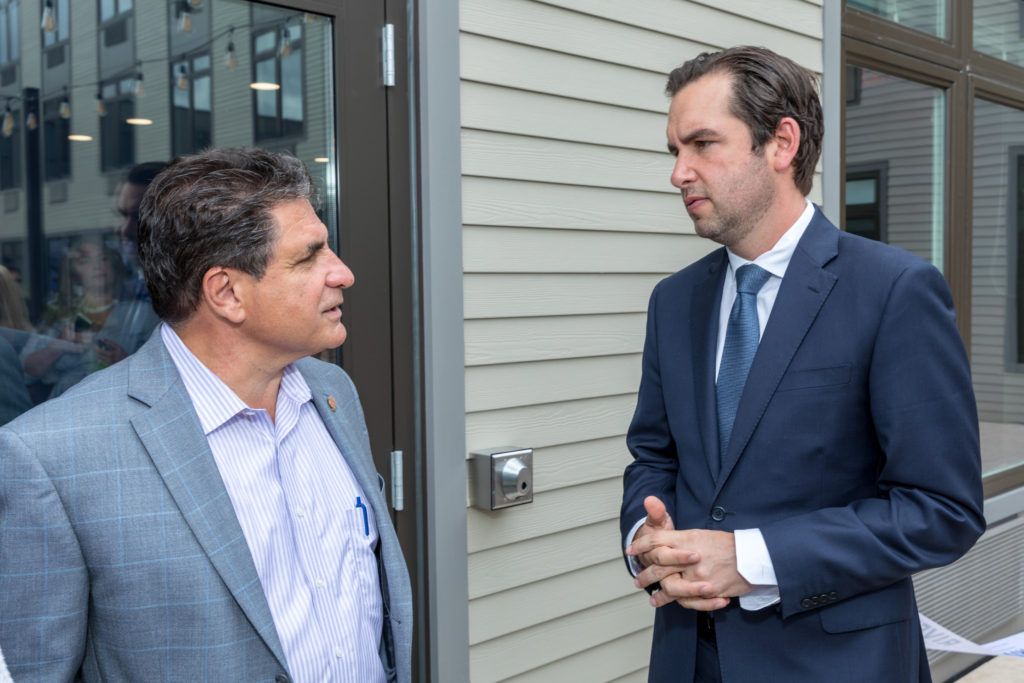 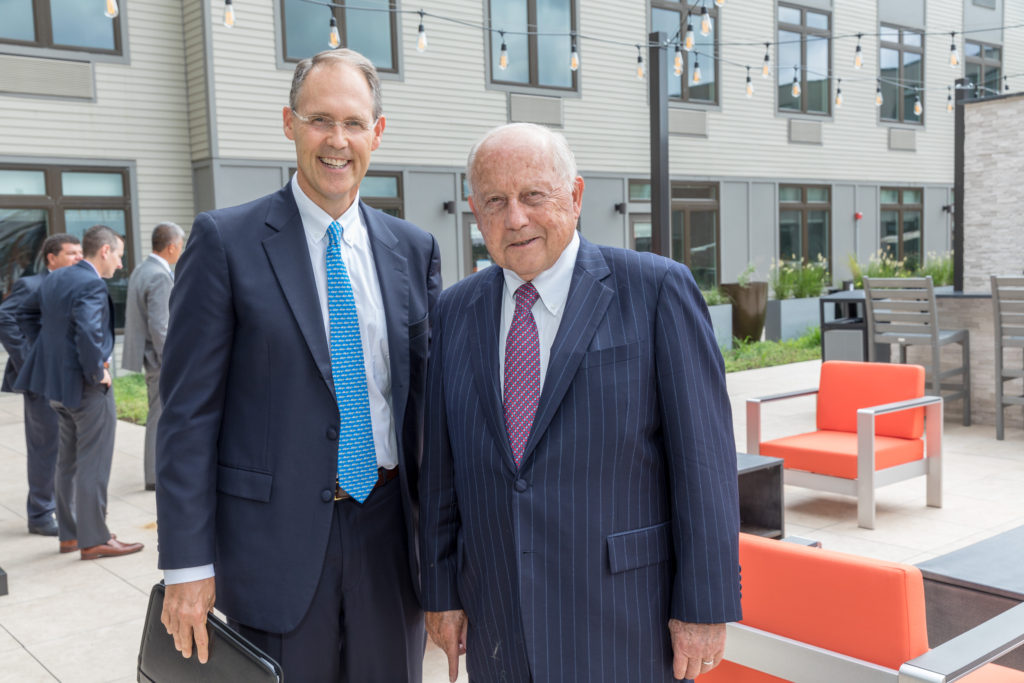 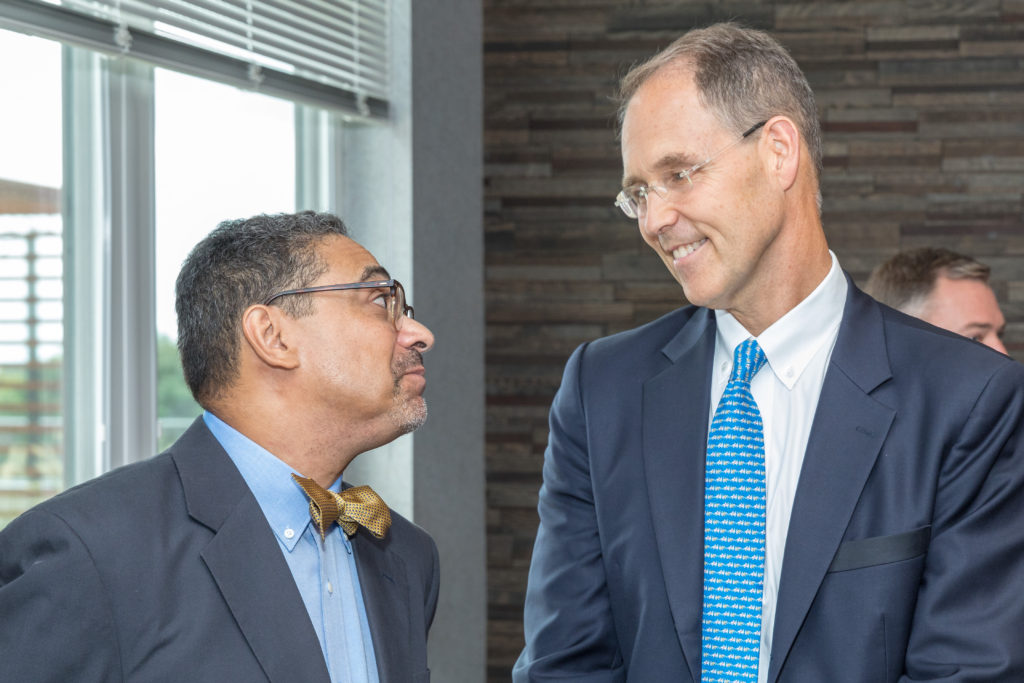 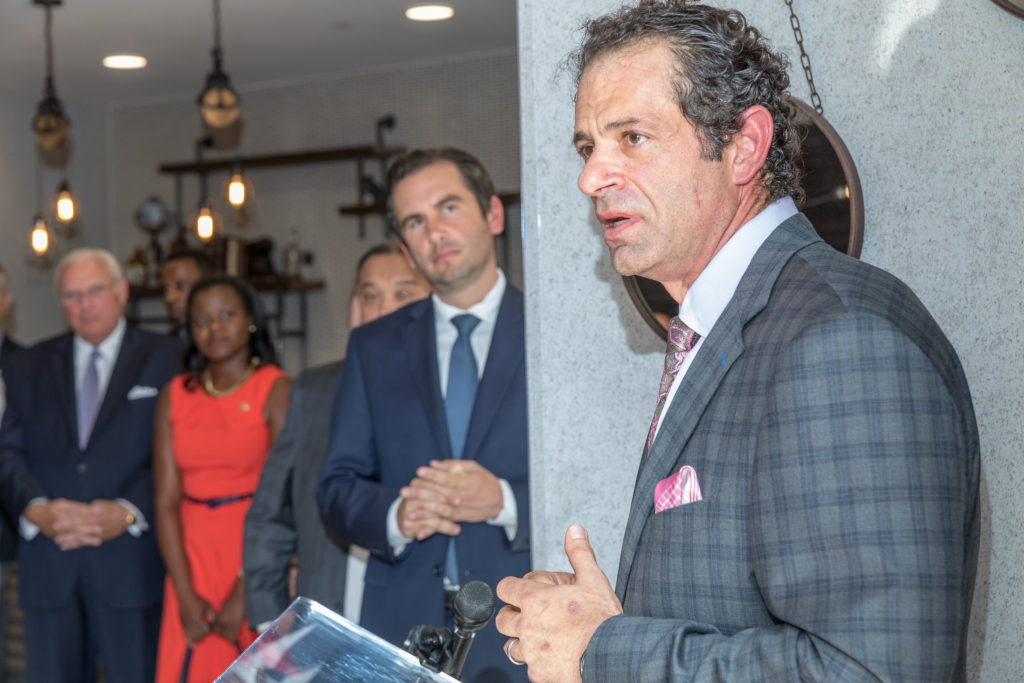 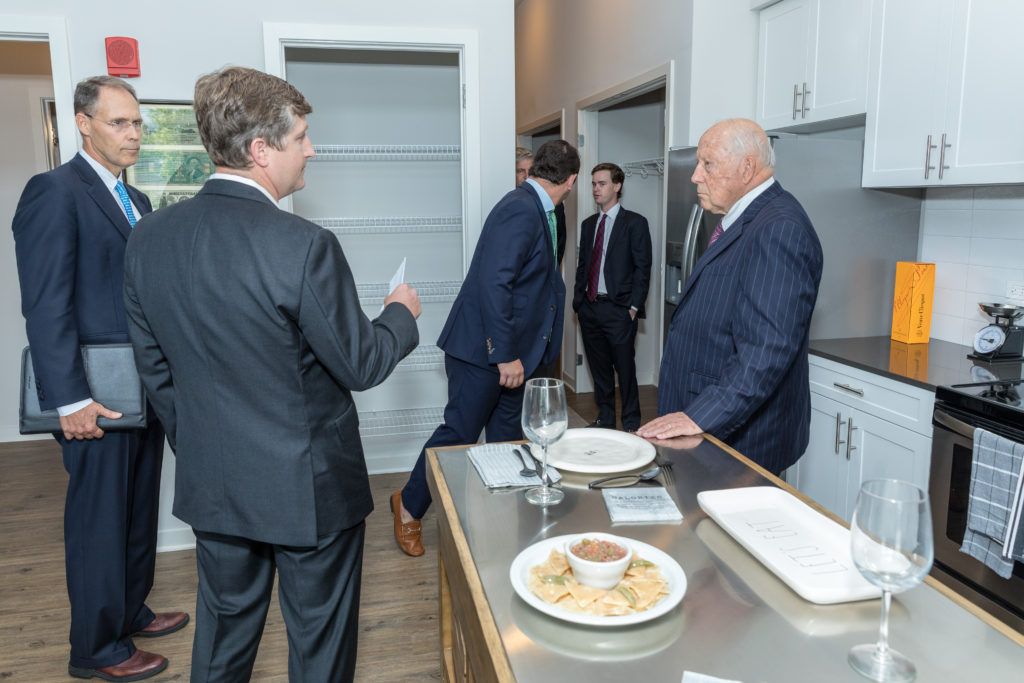 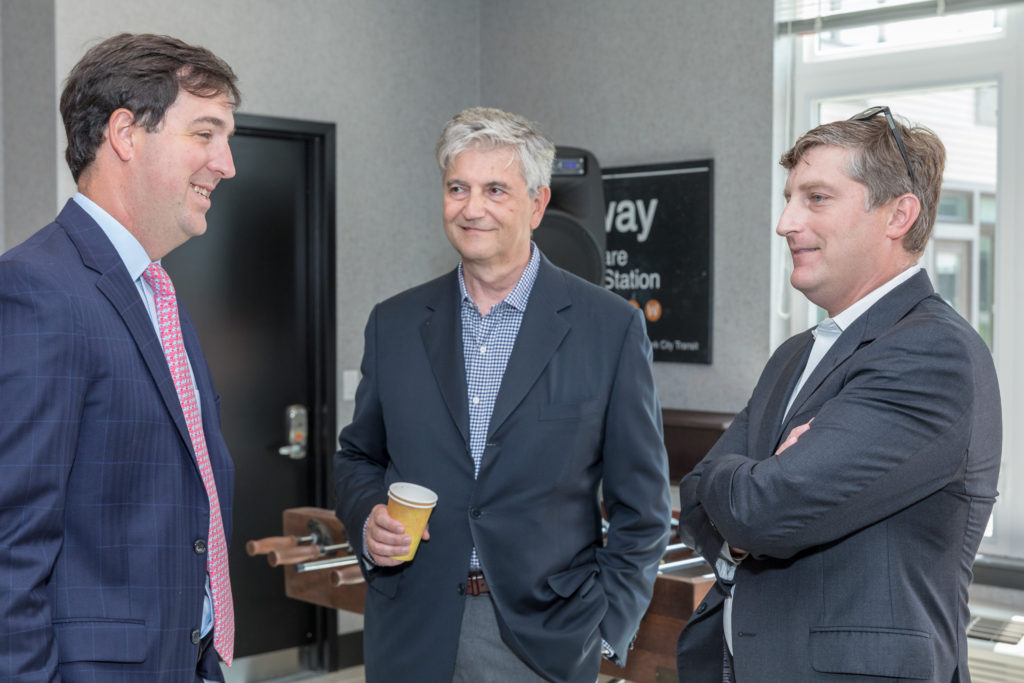 All photos by Hal Brown/Courtesy: The Hampshire Cos.

As the developers and university leaders celebrated RIVET’s opening, public officials touted the significance of revitalizing Jersey City’s west side. Led by Mayor Steven Fulop, the city has pushed in recent years to promote investment beyond the popular downtown and waterfront neighborhoods.

To that end, Fulop called the progress at NJCU and the growth of other neighborhoods “one of our most important achievements over the last five years.”

“The city struggled with seeing that development away from downtown,” Fulop said. “And when you cut the ribbon on buildings like this, you can see that the quality and the commitment to other parts of Jersey City are the same as it is downtown, which is something that we’re all proud of and you should be really proud of as well, because it’s changing the city in a meaningful way.”

Other speakers highlighted the importance of revitalizing the west side, including Hudson County Freeholder Bill O’Dea, who said University Place will pave the way for the long-awaited Bayfront project on the other side of Route 440. Jeff Sica, president and chief investment officer of Circle Squared, said the project stands out to his own team and to investors because it has the potential “to benefit the largest percentage of people.”

NJCU and its planning team, led by Strategic Development Group, has orchestrated the University Place project under the state’s public-private partnership law. The legislation allows developers to partner with state colleges and universities for projects on publicly owned land, creating revenue streams for the institutions while providing opportunities for the private sector.

The so-called P3 program expired in 2015, but Gov. Phil Murphy last week signed legislation that revived and expanded it beyond higher education. Private businesses can now partner with government bodies including school districts, municipalities, counties and state entities for new buildings or infrastructure projects on their land. As part of the agreement, the private entity assumes the financial and administrative responsibility for the development, construction, reconstruction, improvement and other work tied to the public-private partnership.

NJCU President Sue Henderson on Wednesday praised state officials for re-establishing the program, noting that the revenue from the P3 projects at University Place will support expansion elsewhere on the campus. That will include new performing arts facilities.

“It is an absolute game-changer,” Henderson said of the P3 program. “It’s a way presidents and universities can do things to make them more viable to their community but also do things that make it much more affordable for their students. So it’s good business for everybody.”

RIVET, which was designed by Marchetto Higgins Stieve Architects, opened for leasing in late June. Amenities include a cyber café with WiFi access and a ButterflyMX virtual entry and package delivery system, along with a 15,000-square-foot courtyard, an indoor lounge and a modern fitness center.

The complex will also feature 10,000 square feet of retail space, 177 structured parking spaces, two bike terminals and street parking. Residents, meantime, are one-third of a mile from a Bergen Hudson Light Rail stop, providing access to the Hackensack River Waterfront and Hoboken, along with the opportunity to transfer to the PATH train for access to New York City.