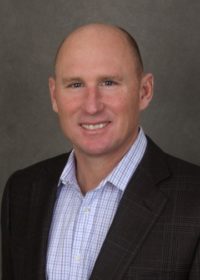 He is one of two new hires by Savills Studley, which also hired Peter McMullen as an associate.

Feagles, who was known for his durability, also played for the New England Patriots, Philadelphia Eagles, Arizona Cardinals and Seattle Seahawks and. He was the punter for the Giants when the team won its Super Bowl in February 2008, before retiring a year later.

“Savills Studley’s culture of entrepreneurialism and its legacy as the top tenant rep firm in the business make it the ideal home for me as I continue my commercial real estate career,” Feagles said in a prepared statement. “I look forward to working alongside the firm’s best-in-class brokers and leveraging its global platform to better serve my clients.”

Prior to joining the firm, Feagles developed the commercial division and led a team of agents at Keller Williams Village Square Realty, according to a news release. Earlier in his real estate career, he worked at Marron Gildea & Donohue Realtors and John L. Scott Real Estate.

He graduated from the University of Miami with a degree in business administration.

“In real estate and in football, Jeff has developed a reputation of excellence,” said Gregg Najarian, senior vice president and branch manager at Savills Studley. “His competitiveness, focus and dedication have made him an outstanding broker and we are thrilled to have him join the firm.”

McMullen will support Savills Studley’s office and industrial leasing practices, with a focus on manufacturing and professional services firms in the New Jersey area. Prior to joining the firm, he worked at Mountain Top Advisory Group, where he supported the firm’s business advisory practice.

He received a bachelor’s degree from Boston College.