A rendering of the University PAC and the New Jersey City University Center for Music, Dance and Theater in Jersey City — Courtesy: Strategic Development Group

Officials in Jersey City have taken the wraps off plans for a new $90 million performing arts complex on the city’s west side, the latest piece of a sweeping, mixed-use redevelopment of land owned by New Jersey City University.

Mayor Steven Fulop on Saturday offered new details for what will be called University PAC, a 492-seat theater, and the Center for Music, Dance and Theater. The properties will serve as the centerpiece of the 22-acre University Place project, which is now taking shape under a partnership between NJCU and a group of developers.

Construction could start along West Side Avenue as soon as early next year, Fulop said, calling it “transformational.”

This is the Performing Arts Theater that will start construction on West Side Ave in early 2019 as part of the @NJCUniversity expansion. We worked hard w/NJCU to get moving + It’ll be transformational. 500 seat theater, classrooms, student housing, 2 restaurants + market housing pic.twitter.com/N7u46tI7DH

Strategic Development Group, a builder and consulting group credited with spearheading the University Place project, said NJCU has “a dire need” for the new facilities in order to preserve and grow its leadership position in performing arts education among state universities and other competitors. Plans call for the theater, a 100-seat recital hall and two large dance studios for both rehearsal and performances, along with a grand lobby, special event space and other facilities for performers.

The project would also include a 52,305-square-foot academic building known as the NJCU Center for Music, Dance and Theatre, Strategic Development said. Other plans envision a restaurant row with spaces for three operators, including an attached space that will serve the performing arts venue, plus 159 luxury rental apartments and a 123-space parking deck. 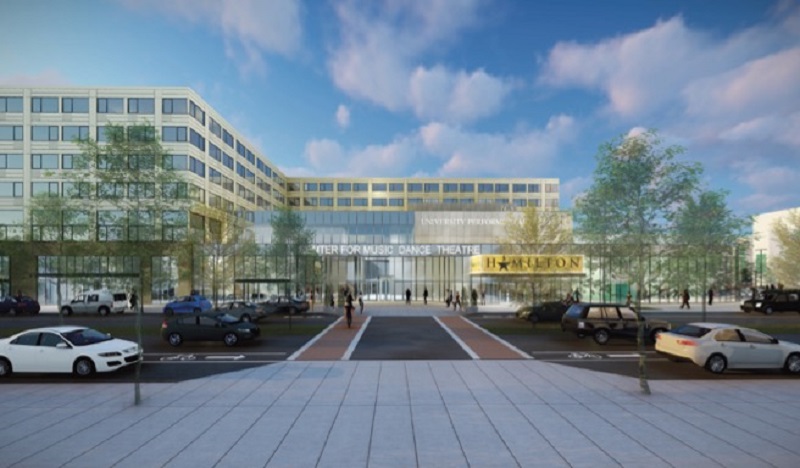 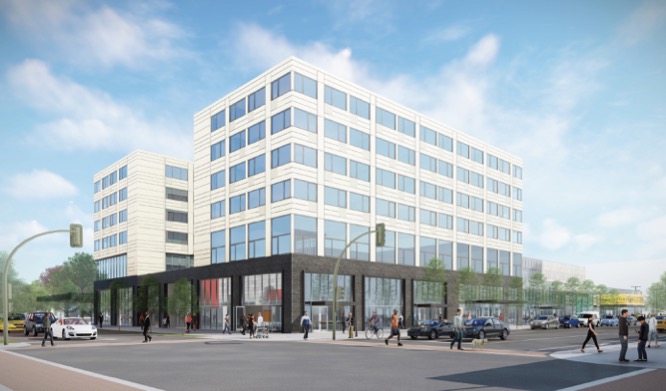 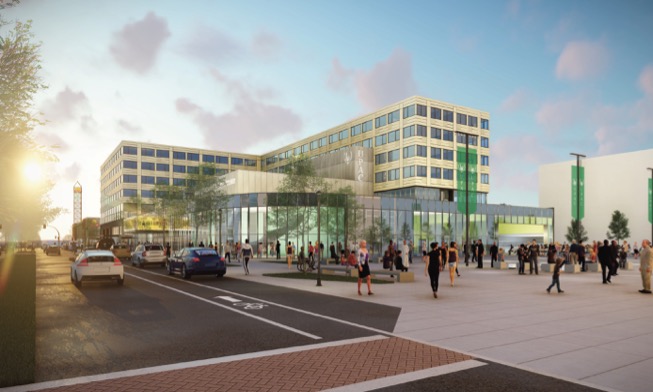 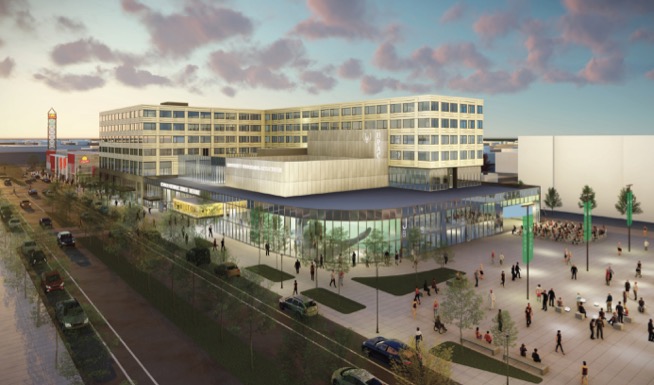 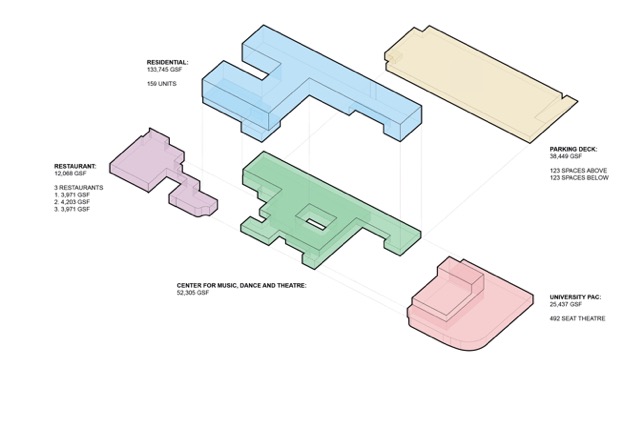 The development would add to several projects that are already transforming Jersey City’s west side. To date, NJCU has debuted a residence hall for more than 400 students and a new 163-unit luxury apartment and retail building, which was developed by The Hampshire Cos., The Claremont Cos. and Circle Squared Alternative Investments.

Meantime, KKF University Enterprises is halfway through construction of a 144-unit apartment building between the two existing complexes and will open its doors next fall. Each development group is planning a second project as part of a public-private partnership on NJCU-owned land, while a new ShopRite supermarket will break ground in the coming year.

In a news release, Strategic Development cited a world-renowned ballet school that has expressed an interest in moving its operations to the proposed NJCU facilities. The operator has also been collaborating with the school administrators and faculty to offer students a bachelor of fine arts in dance.

Big data: Many challenges but a wealth of next-gen jobs