LeFrak is nearing completion of its latest residential building in Jersey City, a 163-unit complex that sits atop a historic railroad embankment in the city’s Hamilton Park neighborhood.

The project, Revetment House, is located on 10th Street just outside the developer’s signature Newport area. It also serves as a sister building to an existing LeFrak property known as Embankment House, all within a brownstone-lined neighborhood that is also home to several high-profile residential projects.

Designed by HLW Architects, the luxury complex is set to be complete next month, the developer said in a news release. Apartments start at $2,100 and will range from studios to three-bedroom units.

LeFrak touted the design as having “an industrial-chic aesthetic” that reflected the historic Pennsylvania Railroad embankment on which the building sits. Amenities include a landscaped roof deck, a dog run, a fitness center, on-site parking and other features, while the builder also touted its location near the Newport PATH and light rail stations. 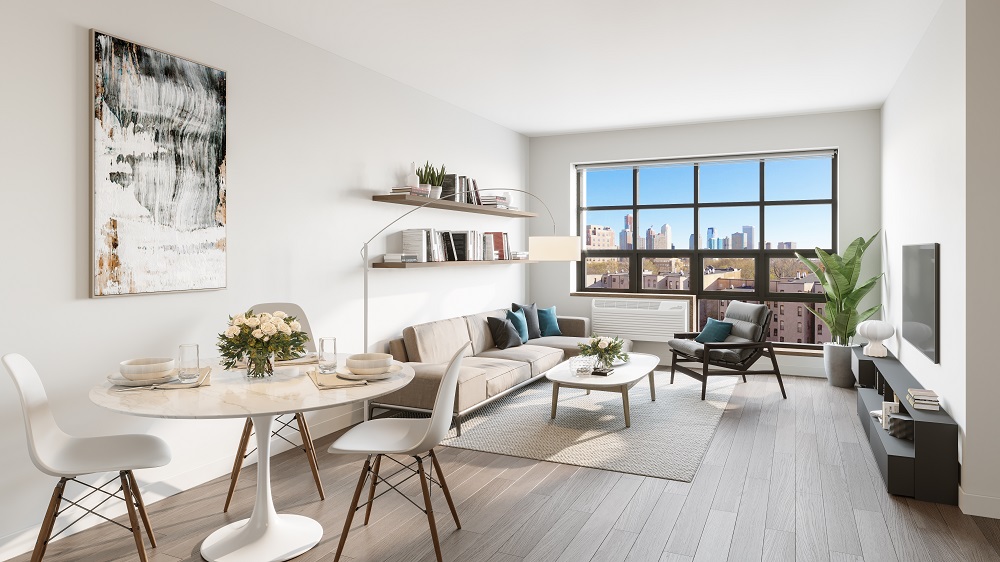 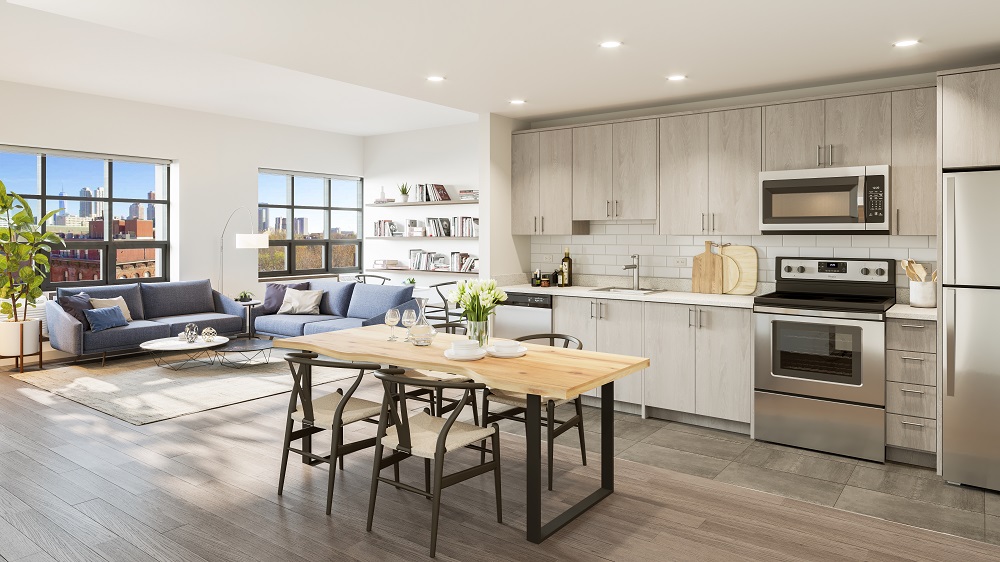 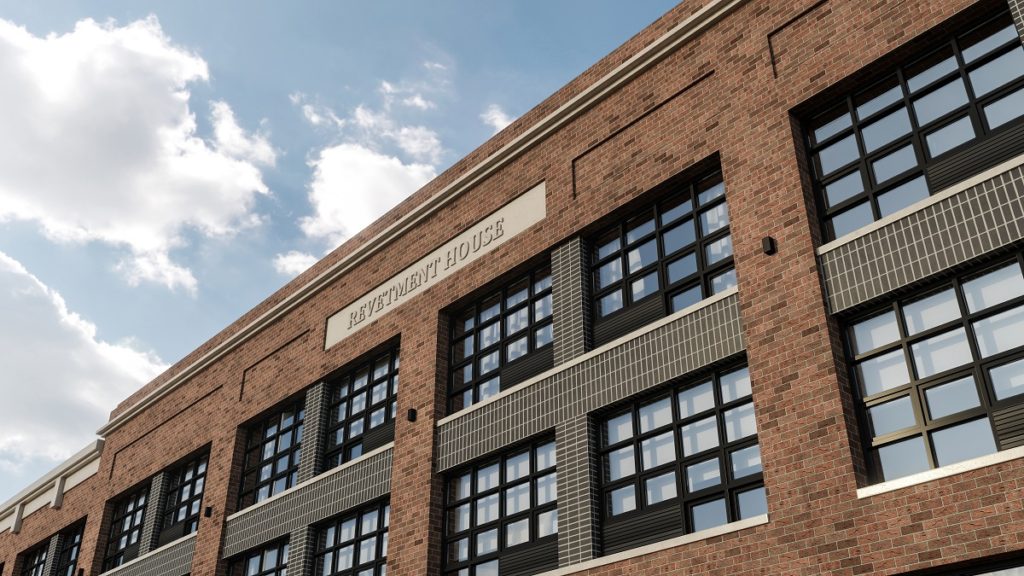 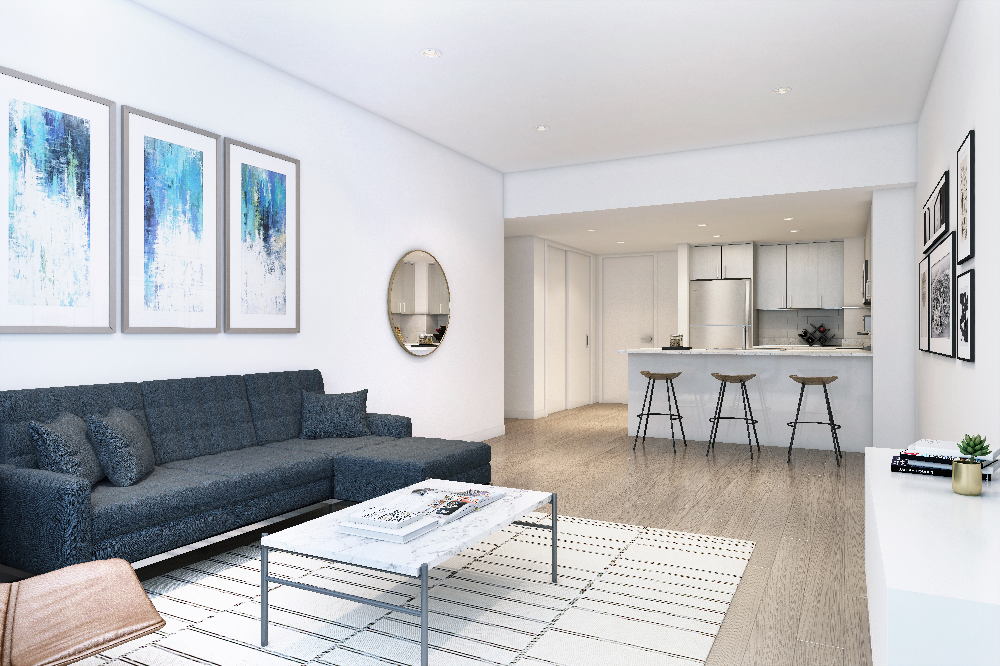 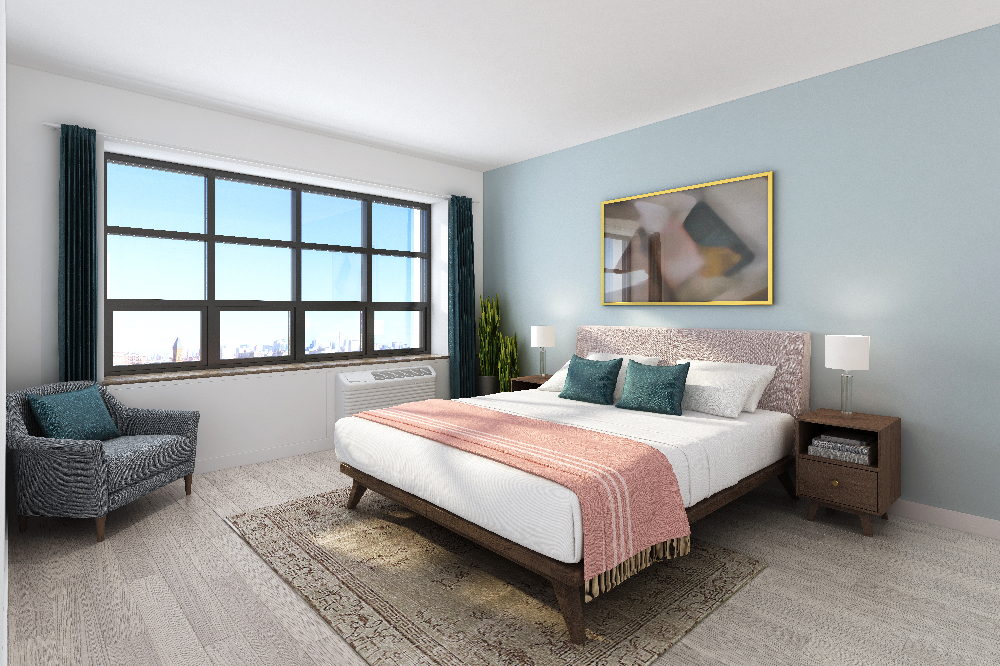 Updates on the project follow completion of one of LeFrak’s other recent developments in the city, a high-end 41-story tower along the Hudson River known as Ellipse. The developer, which pioneered the waterfront Newport neighborhood, reportedly is also working on another tower for one of its last undeveloped waterfront parcels at 700 Washington Blvd.