The on-site entrance to the Grove Street PATH station is arguably the biggest selling point for the Columbus Collection, a mixed-use, $800 million development in downtown Jersey City. After all, residents and hotel guests can access the train without ever crossing the street.

But that’s not to diminish the importance of Columbus Drive, the busy thoroughfare that runs along the southern edge of the property, or the vibrant retail and dining scene of Newark Avenue.

“In some respects, we couldn’t have asked for a better site where we have great vehicular access, great mass transit access and the fabric of an incredible neighborhood — all at this nexus,” said Michael Barry, the president of Ironstate Development Co., which has developed the complex alongside Panepinto Properties. “So that’s worked out tremendously well for us.”

The joint venture has leveraged those assets in a major way.

Over the past 15 years, Ironstate and Panepinto have transformed an entire block in the heart of downtown Jersey City, delivering three towers with nearly 1,500 apartments, along with a 152-key hotel, a 1,000-space parking garage and street-level retail space along Columbus Drive. In the process, they have anchored the resurgence of a neighborhood just a few blocks from the Hudson River, paving the way for other projects in the booming multifamily submarket.

“It’s a city within a city,” Joseph A. Panepinto Sr., CEO and president of Panepinto Properties, said of the Columbus Collection, which includes a high-end gym and a gourmet supermarket as part of its ground-floor commercial space.

Panepinto and Ironstate recently delivered the fourth and final phase of the development with the opening of 90 Columbus, a 51-story tower at the corner of Marin Boulevard. And the building was off to a fast start since the launch of leasing in September, having rented 40 percent of its 539 apartments through mid-December.

That interest has seemingly grown since the opening of the first building at the 3.5-acre property, 50 Columbus, more than a decade ago, which Barry and Panepinto say is a testament to how Jersey City has evolved as a rental market.

“Everybody in the whole New York metro area knows of it,” said Barry, who leads Ironstate with his brother David Barry. “It used to be that if you were Jersey-centric, you would certainly look at Jersey City and everywhere else up and down the river, but if you were New York-centric and you came from Long Island or Westchester, you probably weren’t coming across to see New Jersey.

“You’re looking at all of those neighborhoods. That means that we have a lot of eyeballs that we might not have had 10 years ago.”

In some respects, the massive development is more than two decades in the making. Panepinto and partners Charlie Kimmel and Frank J. Guarini acquired the site, a former railroad repair yard, in 1998 after it was put up for sale by the Port Authority of New York and New Jersey. It was among several parcels around PATH stations that Panepinto has purchased through the years, figuring mass transit would be a key part of any revival that could come to Jersey City.

It was far from a sure bet. Bob Antonicello, a longtime broker in the city and the former executive director of the Jersey City Redevelopment Agency, recalled that the Grove Street PATH stop “was a vastly different place” in the preceding decades, with far less foot traffic and few signs of the development boom that has since taken hold.

“Newark Avenue was a desperate street,” said Antonicello, president of Grid Real Estate LLC. “It really just had the remnants of an urban retail street that had seen better days.”

As his firm sought approvals for a 400-unit apartment building, a 1,000-car garage and 1 million-square-foot office building, Panepinto went on to lease the site to the Golden Door Charter School, which brought trailers to the property for a temporary facility. But it was also around that time that he and the Barry family formed their first joint venture — at a site about two blocks away — to develop the 220-unit high-rise known as The Gotham.

“That was always our expertise,” Barry said, noting that the firm long known as Applied Development Co. had spent decades building apartments in northern New Jersey. “(But) with Joe and the large-scale sites in downtown Jersey City, we then started combining our expertise — he with his urban planning and Jersey City knowledge, if you will, and we being Hudson County housing developers.”

By around 2008, a year after opening 50 Columbus and the parking and retail components, the developers had recognized that New Jersey’s office market was stalling and that they should pivot to additional residential phases. But Panepinto credited Ironstate for proposing to include a hotel as part of the new plan.

“I just liked that whole idea of making this a 24-7 (destination),” said Panepinto, who has been developing in Jersey City since the late 1970s. “It was really an urban planning coup.”

Antonicello credited Panepinto for not only understanding “the intrinsic value” of the PATH station, which now has an entrance directly below the hotel, but for picking “great placemakers” as partners and pivoting from the project’s original design.

Once 90 Columbus is fully leased, Barry estimates the overall complex will house around 1,800 residents, creating a population that is unlike most other renter bases. As each phase has opened, existing residents have gained access to the new amenity spaces within the apartment buildings, while the developers have tweaked unit sizes and the overall mix of layouts that they offer in each building.

The debut of 90 Columbus has come with new offerings such as a large communal workspace with free WiFi and an infinity desk that serves as a home office for many residents, along with a two-story lounge that features a green winter garden.

The lounge at 90 Columbus links to the complex’s main 60,000-square-foot outdoor landscaped roof deck, which is the central hub that is connected to each of the three residential phases. The space features a pool, grilling stations and a sport court, plus a dog run and children’s play area.

And while fitness centers are now commonplace in new residential buildings, renters at the Columbus Collection are given free memberships to BASE, a 30,000-square-foot commercial gym on the ground floor of the property. The facility is one of several street-level offerings at the complex, which is also home to the gourmet grocery store known as Sprove Marketplace.

The apartment towers and the hotel, which opened in spring 2017, have leveraged the improvements to the surrounding blocks. Barry was quick to note that “it’s always been a wonderful neighborhood,” but said the Grove Street and Newark Avenue area has benefited from the addition of “new mom-and-pop” retailers, services and restaurants in recent years.

“And we’ve added to that with our own complement of retail, which is all great for ourselves and for the neighborhood,” Barry said, “but it makes it that much more incredible to live here when you walk outside and you have 12 different restaurants within three blocks.”

As to whether the developers could pull off a similar project elsewhere, Barry said there is much to consider. The Columbus Collection stemmed from not only strong accessibility and an established neighborhood, but the ability to control a large city block.

Jersey City’s Journal Square section, which has attracted many developers in recent years, offers many of those same attributes.

“I don’t know that we could replicate this, but we’re certainly interested in other areas that afford the ability to do a big, meaningful project with mass transit,” Barry said. “And the urban streetscape is very important to us. We’re always interested in the experience of our residents.

“So sometimes there’s a tremendous location but it doesn’t have that feel of neighborhood when you walk out the door. This certainly has that feel. Journal Square has that feel as well.”

SLIDESHOW: Inside the Columbus Collection 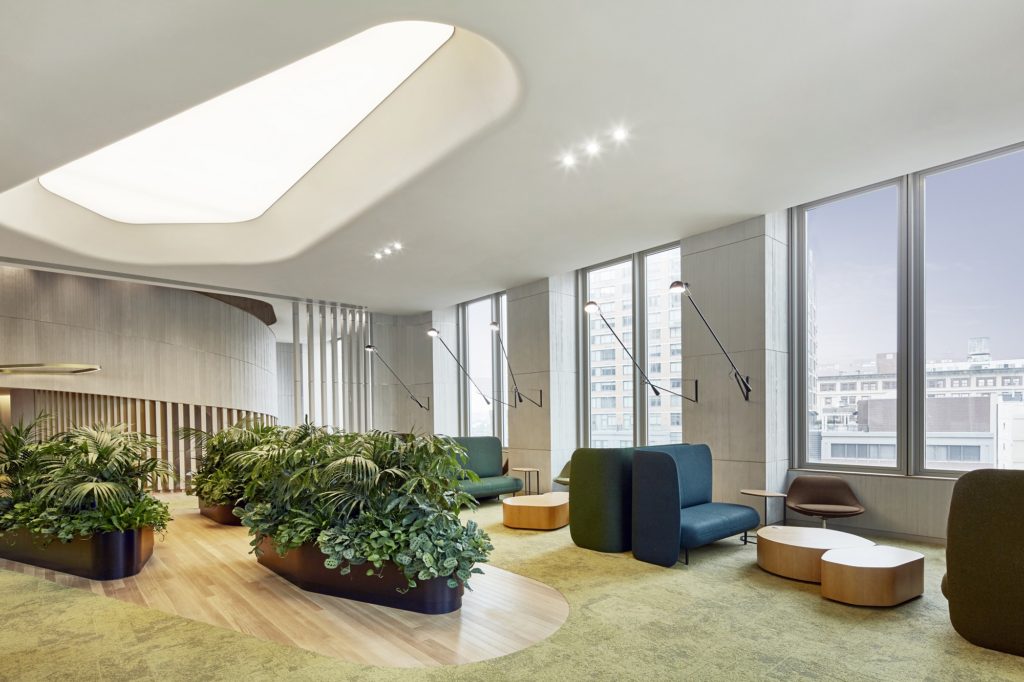 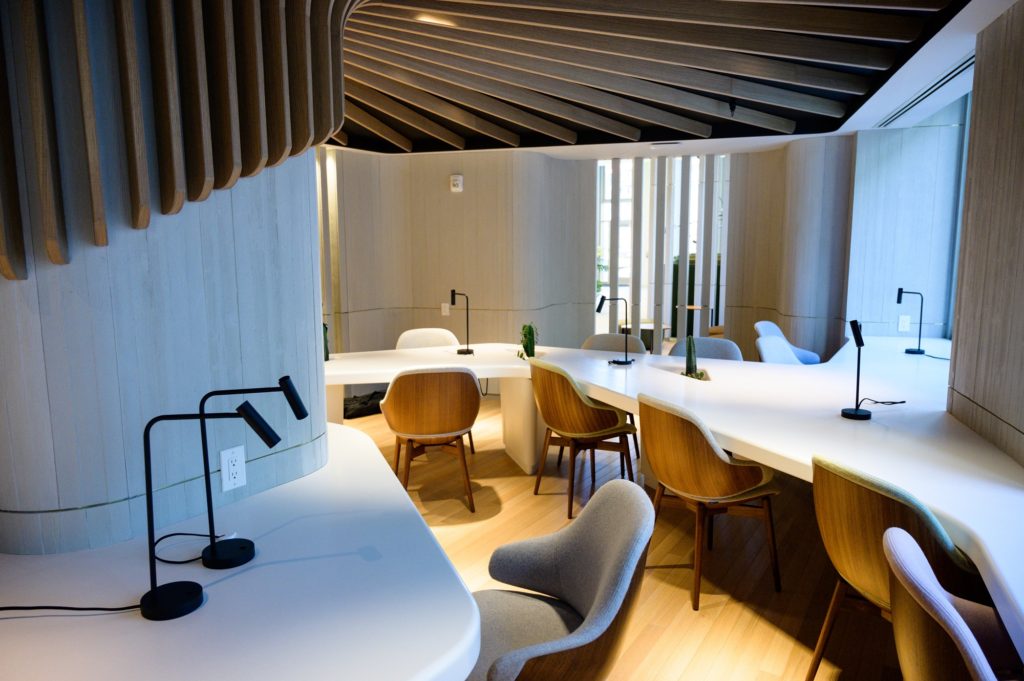 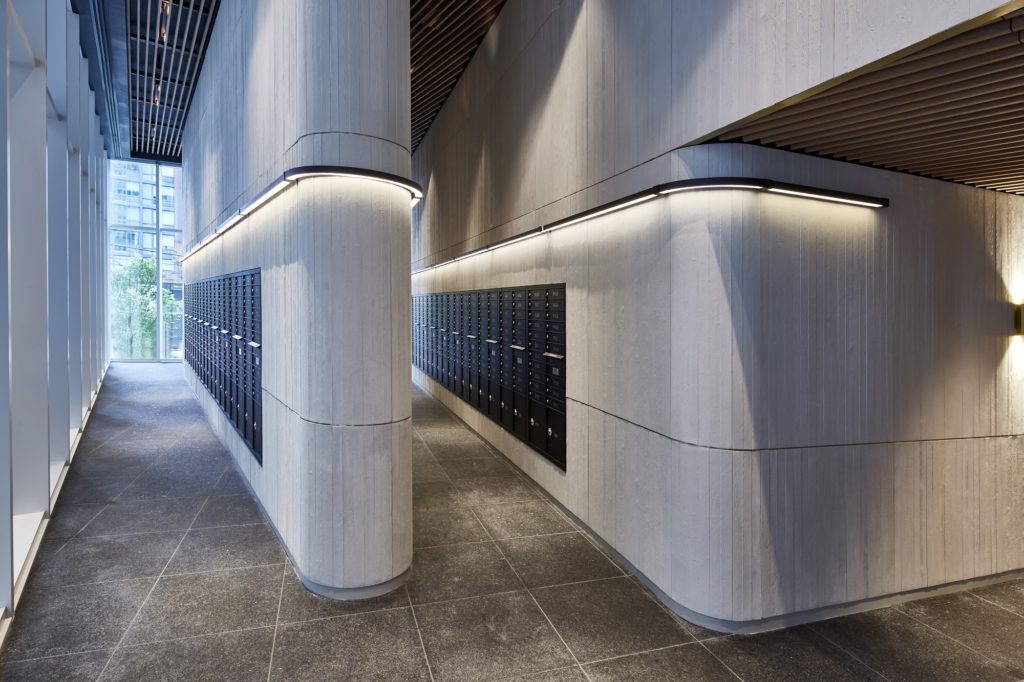 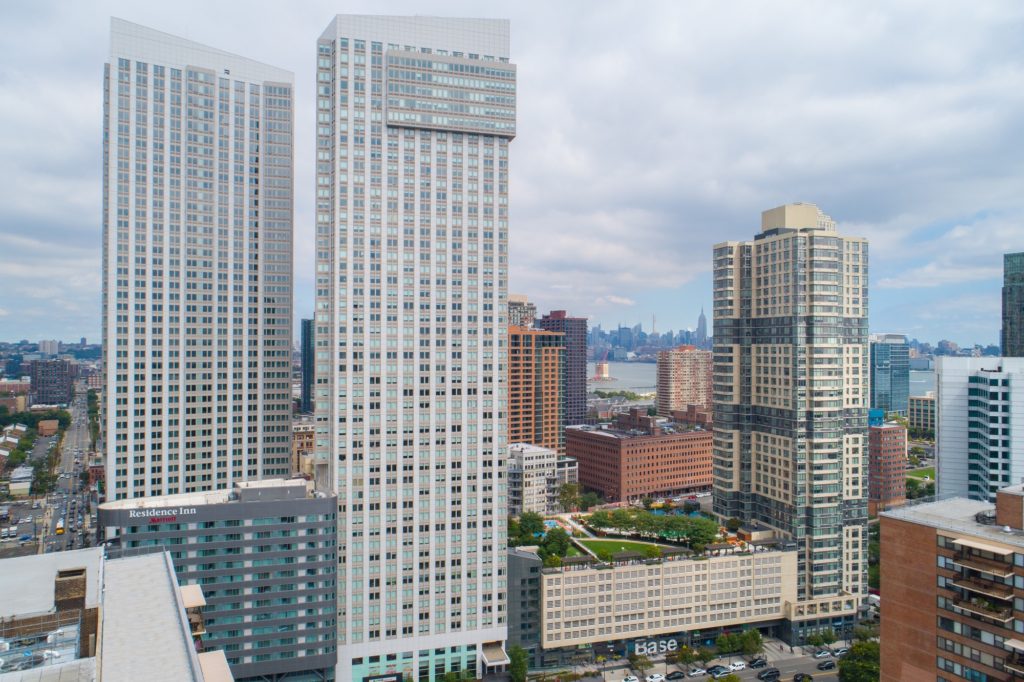 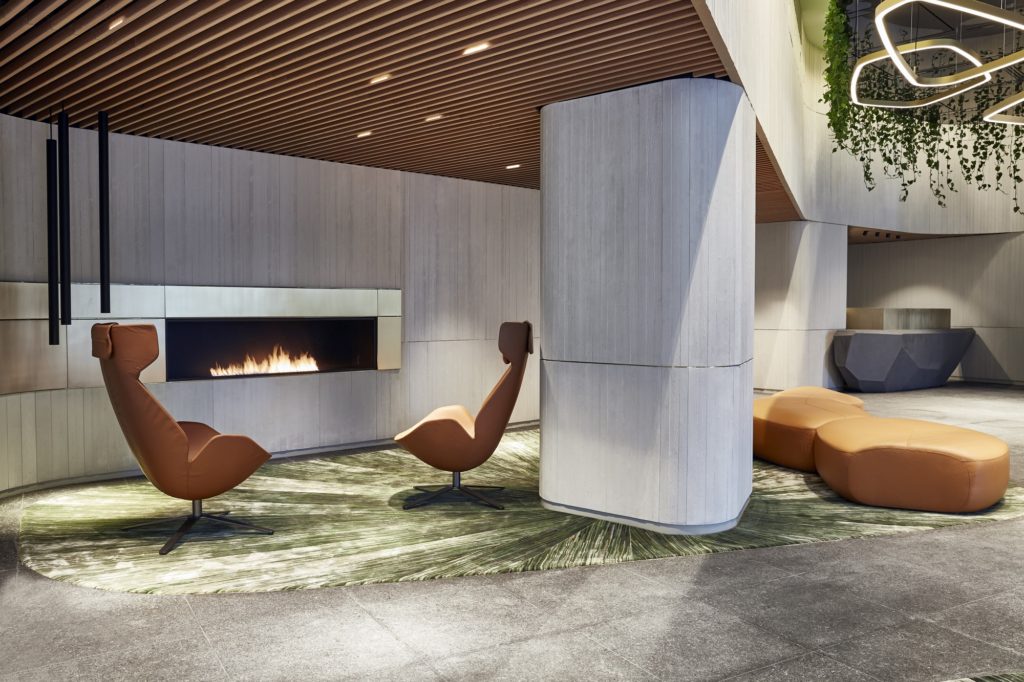 The Columbus Collection might be a case study in urban planning, but its developers also recognize the need to escape from the daily grind of city living. So says Michael Barry, who points to the eighth-floor winter garden at 90 Columbus that starts indoors and flows to the outside terrace.

With its vegetation and a design seemingly inspired by nature, he said, the idea is to make the space feel like a resort and provide a sense of tranquility for its residents.

“You’re in a busy urban environment, you have wonderful transportation access, you have great amenities in the urban fabric when you step out the door,” Barry said. “But when you’re in here, you want to feel relaxed and you want to feel like you have your front yard and your back yard. And you know that you can really enjoy a little bit of nature here.”

The winter garden is part of a design overseen by the Parisian interior architect Noé Duchaufour-Lawrance and internationally renowned landscape designer Bas Smets. And they are among the latest international designers retained for an Ironstate project.

“When you’re doing large-scale development, you want to cast a wide net and see who’s out there and who has good ideas that may be very synergistic with what we’re doing here,” Barry said. “So we’ll look far afield where it makes sense.”