Gov. Phil Murphy on Tuesday visited the massive American Dream project in the Meadowlands, hailing the ongoing work of construction teams and the potential for long-term job creation at the 3 million-square-foot entertainment, retail and dining complex.

During his stop at the $5 billion project site, Murphy thanked men and women of the construction trades and the Bergen County Building & Construction Trades Council. And the visit comes as developer Triple Five continues to ramp its work, having completed more than $2 billion of new construction to date, while remaining on track for a 2019 opening.

The long-stalled project in East Rutherford is slated to generate more than 23,000 jobs during its construction phase, Murphy noted. Meantime, American Dream is projected to create more than 16,000 permanent jobs on site and more than 6,700 jobs in the surrounding communities, totaling more than $1.2 billion in annual compensation. 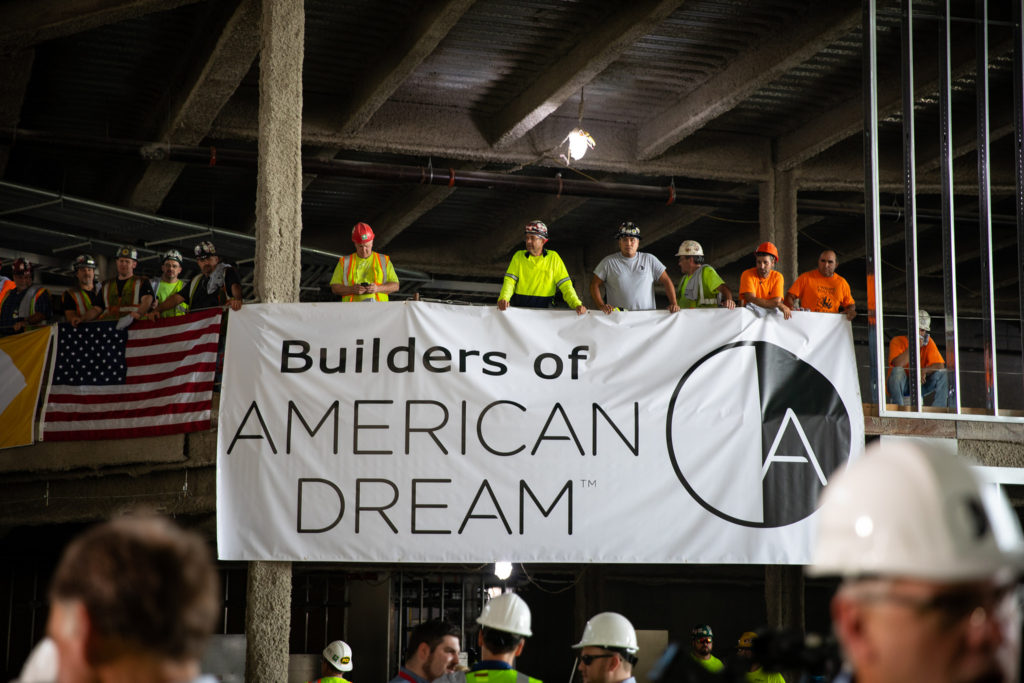 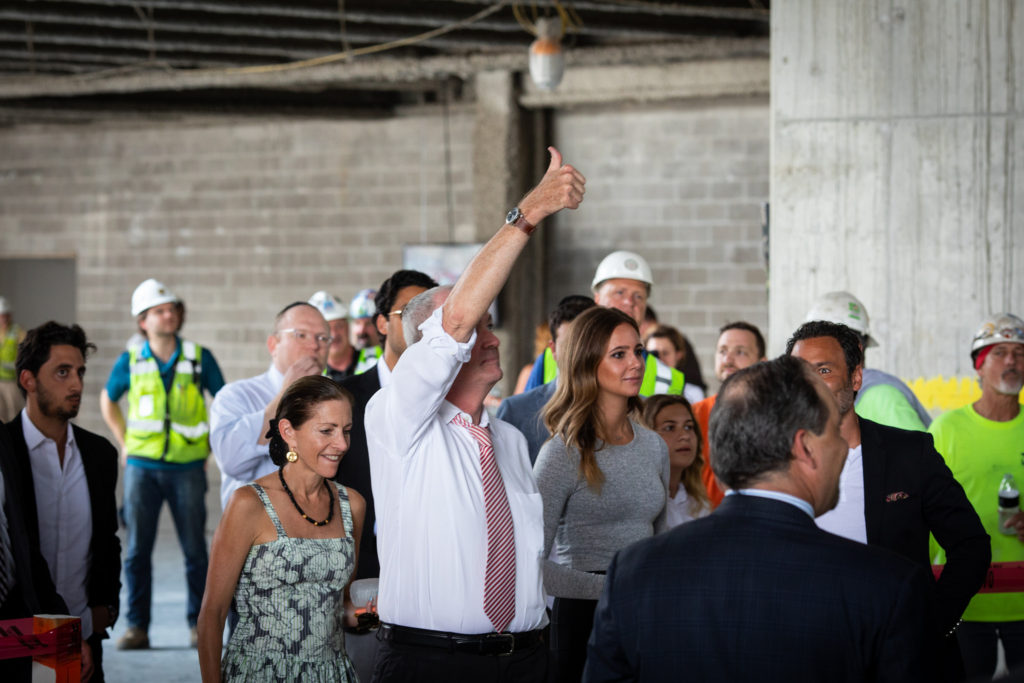 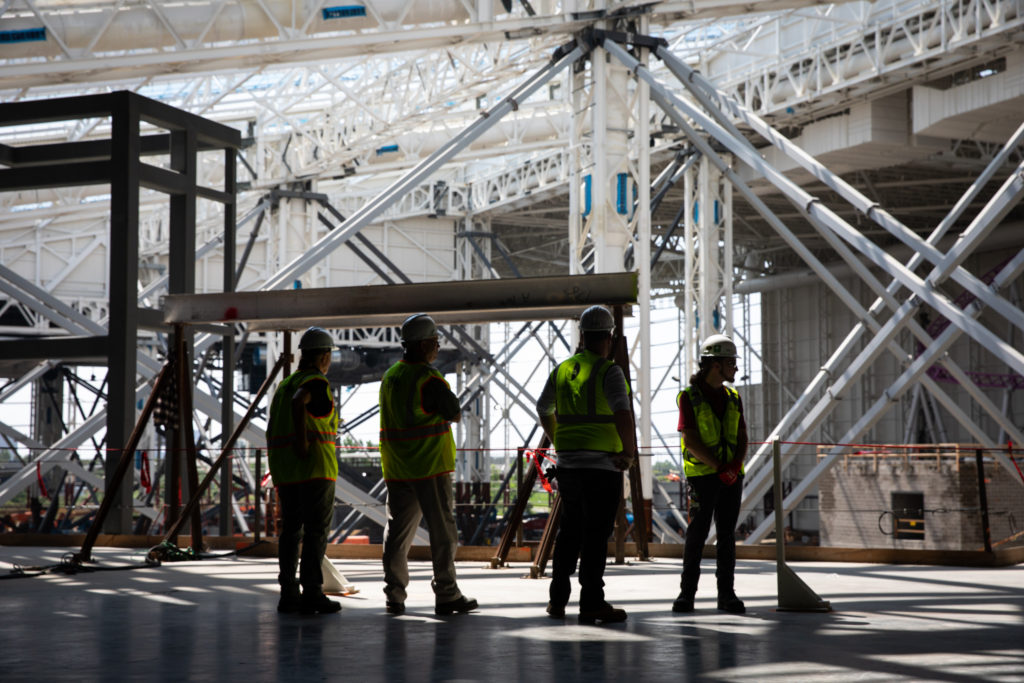 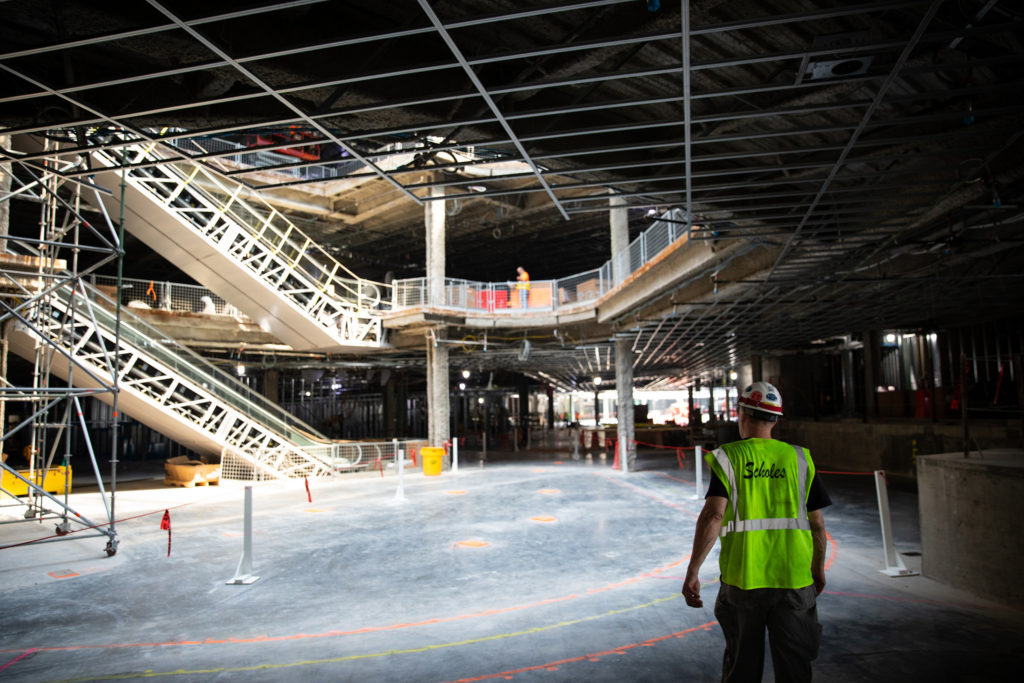 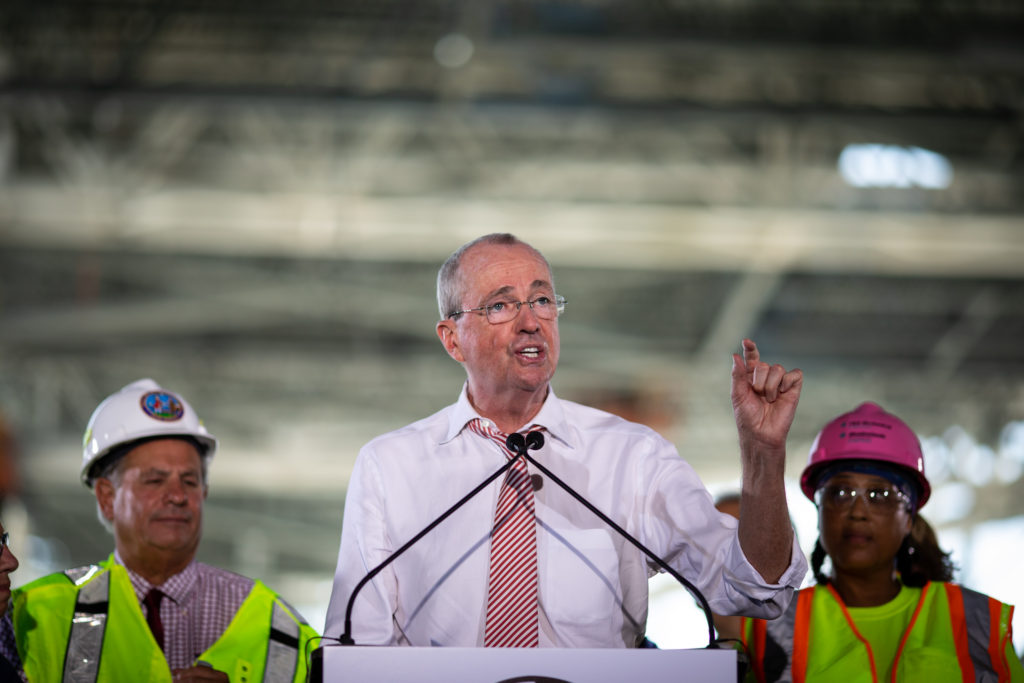 “Our goal is to create good, new, sustainable jobs that can support a family and help them secure their place in New Jersey’s middle class,” Murphy said in a prepared statement. “A complex project like American Dream creates many jobs in many areas — long-term jobs that provide families with the opportunity to gain their own foothold in the economy and help it grow.

“Every group affiliated with this project can be proud of the part they have played in the reformation and rise of this vital economic investment in the Garden State.”

The complex, which was first conceived more than 15 years ago, now appears to be on the verge of completion as construction has churned over the past year. Triple Five took control of what was the failed, partially completed Xanadu project in 2011 and enjoyed broad support under Murphy’s predecessor, Gov. Chris Christie.

Meantime, Murphy drew his own praise from Don Ghermezian, president of the Edmonton-based development firm.

“On behalf of Triple Five, we’d like to thank Governor Murphy, our local and statewide representatives, and the Bergen County Building & Construction Trades for their exceptional hard work, dedication and commitment to the project,” Ghermezian said. “This unprecedented project will create tens of thousands of jobs, bring millions of tourists and billions of dollars in economic growth annually to Bergen County and the state of New Jersey, and would simply not be possible without the incredible contributions and effort of these men and women.”

The finished complex is projected to draw more than 40 million visits annually, drawing from a population of more than 19.5 million residents within a 50-mile radius and a tourism base of more than 65 million visitors that travel to the New York City metropolitan area annually.