The Atlantic Builders Convention wraps up Wednesday, as the popular conference marks its return to Atlantic City after last year’s cancellation due to the pandemic. Below is part two of our conversation with Jeff Kolakowski, the CEO of the New Jersey Builders Association, and Josh Mann, the association’s board president.

Excerpts have been edited for space and clarity.

Real Estate NJ: We’ve talked a lot about the lack of supply and affordability within the New Jersey’s housing stock. Do those issues differ in any way between your members on the for-sale single-family side and those building multifamily rentals? 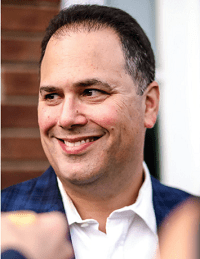 Josh Mann: I don’t think so. I think there’s a lot of a lot of agreement within our own organization that, in general, whatever we can do to build more housing, whether it’s rental or for-sale, is of great importance.

RENJ: So then it sounds like both ends of that spectrum are undersupplied.

JM: The data shows that … and people also have to understand that this is not a problem that has suddenly crept up within the last five to 10 years. This is a structural issue with not building enough housing that is generations in the making. I think we are nearing the time where the piper is going to get paid, and when the piper gets paid, we look like California. We have the ability over the next few years to develop some comprehensive policies to help prevent that and to cut it off at the pass.

RENJ: Shifting gears, how did membership hold up during the last 18 months?

Jeff Kolakowski: It’s been maintaining at a pretty current level through the pandemic and we’re excited that we’re on the precipice of a better environment to live in, as the real estate market maybe settles down and we hope that our membership will be growing as we work our way out of the pandemic.

And, truth be told, we were one of the lucky industries, in that our shutdown was for a limited period of time and only affected a portion of the membership. And that was largely the result of a lot of our activity, of course, being outside. So we didn’t necessarily have the interruptions in our business operations like other industries may have faced. Now, I don’t want to breeze over the fact that we’ve also struggled with lumber and materials and other supply chain issues that have added other burdens on top of the members and in getting units built here in New Jersey.

JM: And let’s be frank about things that started pre-COVID and were exasperated by or didn’t get better during COVID. The first is that labor costs are more expensive across the board. In our industry … the average wages in housing construction are some of the highest in the country and well above even proposed minimum wages in the state of New Jersey. I saw labor costs go up some 10 to 15 percent even before COVID, and we’re certainly in more of a labor shortage now than we were before COVID.

On top of that, you have material costs. Obviously, lumber went through the roof. That has come back down, but steel costs are up and you still have delays in getting things from — you, name it — appliances, meters for electrical. Things that you don’t think of are in shorter supply or just in higher demand. All of those things create delays, they create additional costs and make it even harder to make the deals pencil.

So, yes, demand is high and we can fill the units, but we can only fill the units so much without pricing out (certain residents). And we also have to account for the significantly increased structural costs of providing either for-sale or multifamily housing units.

JK: You hit on lumber and labor. What about the last ‘L’ — which is lots and land?

JM: I remember when I started doing this in the early 2000s, talking about how regulatory restrictions were at the time and continue to restrict the amount of land that was available to develop in the state of New Jersey, which is why redevelopment was something that was going to become the norm and become much more prevalent. I don’t think anybody would argue that that’s actually happened.

So with redevelopment and housing happening in downtowns and transit-oriented-type locations, you have redevelopment, you have the tools that go along with that, and that’s what has provided and is generating a lot of the housing in the state of New Jersey. (A lot of it) comes from the redevelopment of sites previously used for other things or upzonings.

RENJ: It sounds like there is some additional upside in the midst of some of these challenges.

JK: When it comes to growing our membership, we’re looking toward the future. And particularly in North Jersey, a lot of the residential construction is going to be driven by home remodeling and home rehabilitation projects, of which we’ve seen a huge tick up over the last 18 months.

RENJ: And does that also play into the multifamily rental side, specifically when it comes to value-add projects?

JM: Value-add residential is difficult, but it’s necessary. … When you look at the Census figures, look at urban areas where you saw maybe a larger percentage of population growth than maybe some people expected. And I take Newark as the best example of that. There was a ton of growth in census tracts in Newark that were outside of the downtown where there has to have been some building. Part of that, no doubt, is perhaps some undercounting in previous Census surveys. But I know personally, because my company did some of these, that you have rehabs of older buildings, because for that level of affordable housing — market-rate housing that’s affordable — the demand puts you and the market followed it into older neighborhoods or older buildings that hadn’t seen a dollar of investment, in some cases, in 20, 30, even 40 years. And those buildings are being reclaimed. They’re being redone and that’s providing much-needed housing affordability in urban centers.

RENJ: It sounds like the owners are able to get in at a reasonable enough cost to make this work.

JM: Yes, and they have confidence that the units are going to lease. Investment follows demand — because there’s a demand for housing at that affordable price point, the value-add makes sense because you can go in and you could lease up these units. And, more importantly, you have the ability to lease up the units and get a return on that investment.

See below for part one of our interview with Mann and Kolakowski.