A development team has doubled the number of apartments previously slated for a new performing arts complex on Jersey City’s west side, where New Jersey City University has now partnered with a world-renowned dance school that will relocate from Manhattan by 2021.

The complex — the centerpiece of a 22-acre redevelopment known as University Place — will include a nearly 500-seat performing arts center, academic and practice space and a residential component. An earlier version of the plan called for about 160 luxury apartments, but university and city officials recently approved a change that will bring that number to 320.

Strategic Development Group CEO Anthony Bastardi, who is spearheading the planning on NJCU’s behalf, said the added density will make the arts complex more practical and financially feasible. And the plan increases the building height from six to 10 stories, making it a true focal point that will rise above the surrounding buildings between Route 440 and West Side Avenue.

Meantime, NJCU has signed a letter of intent to partner with the distinguished Joffrey Ballet School, which is currently based in Manhattan, Bastardi said. Under the partnership, which is slated to begin in the coming months, the university would confer a bachelor of fine arts degree in conjunction with the certifications offered by the ballet and dance institution.

The Joffrey Ballet School is also slated to relocate to the new West Side Avenue campus by 2021, Bastardi said. In the interim, its students will commute to and take classes at NJCU’s School of Business on the Jersey City waterfront, while its faculty will begin to teach classes at the university’s main campus.

Bastardi called the partnership “a super coup for Jersey City.”

“The Joffrey Ballet just brings this order of magnitude cachet, insofar as it’s truly a global phenomenon,” he said, noting that the school has programs across the country and on multiple continents. “It’s a very world class, well-respected and professional dance school.” 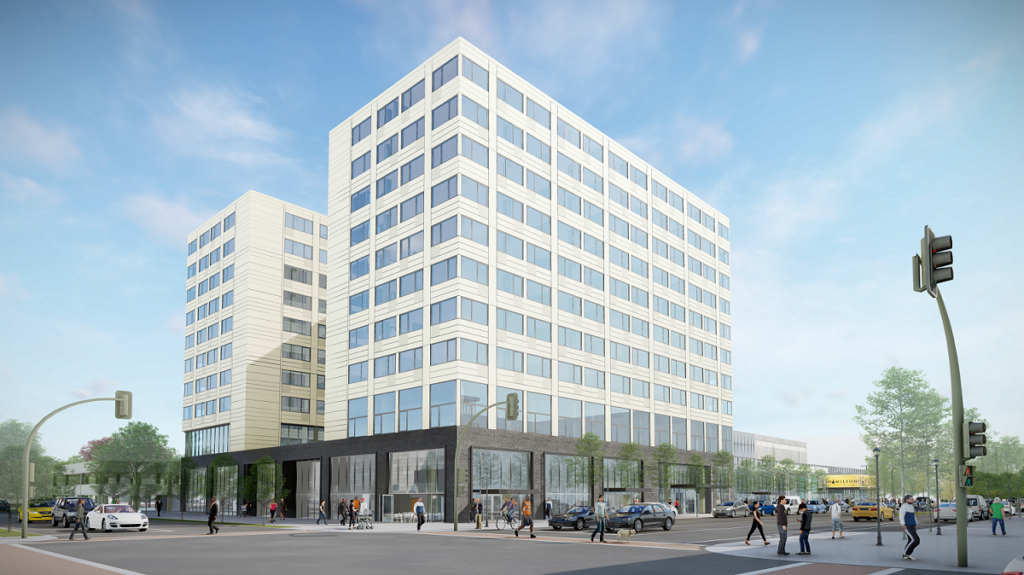 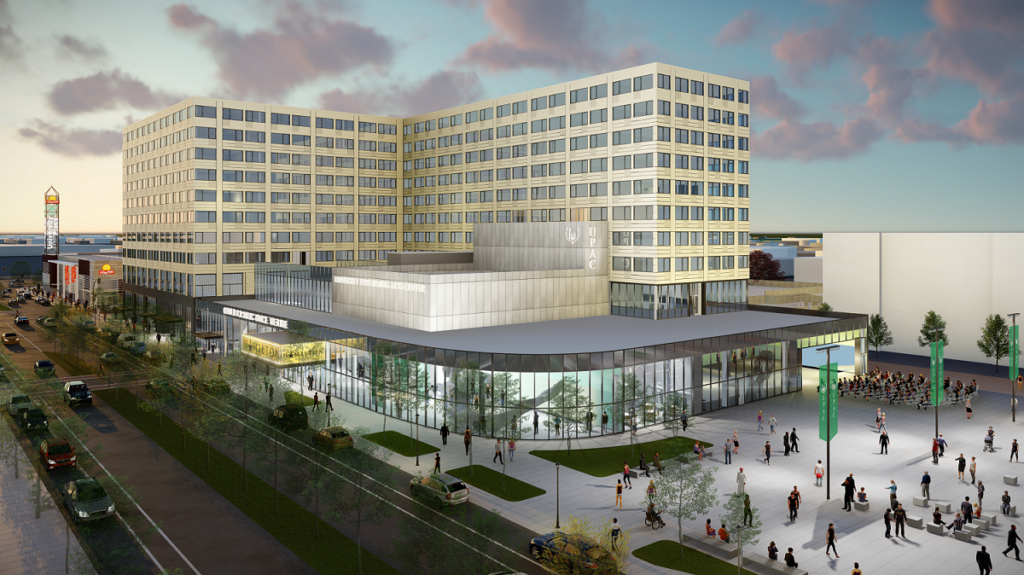 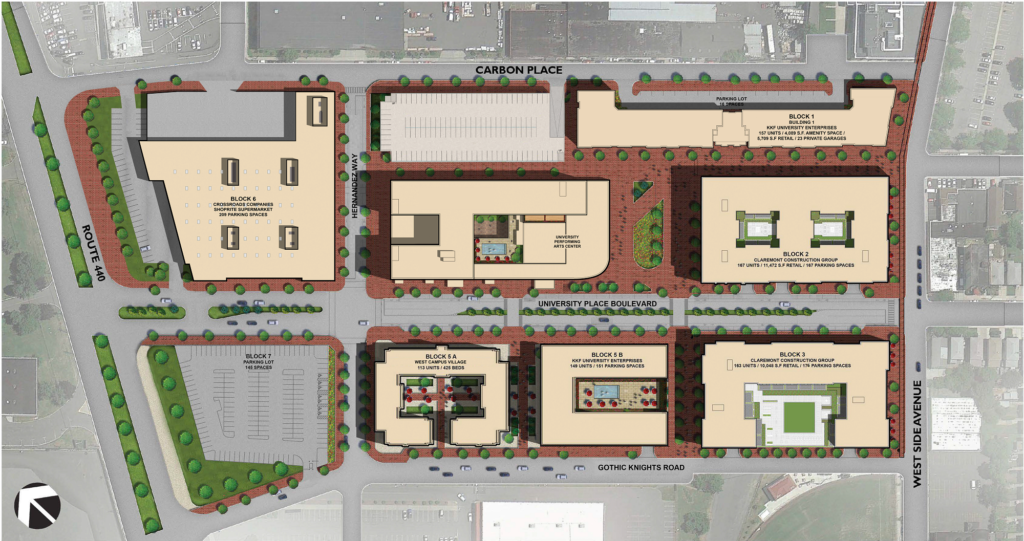 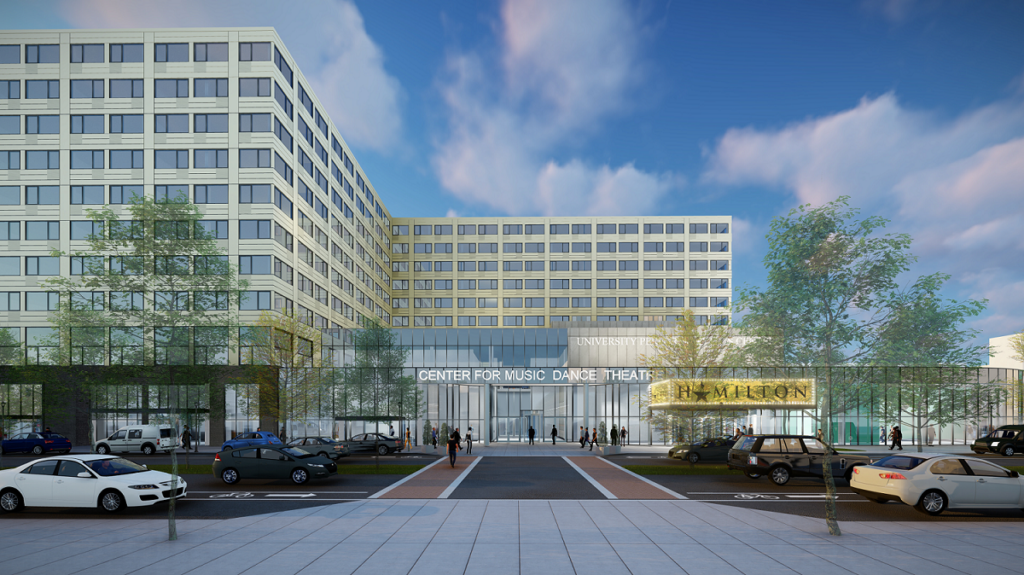 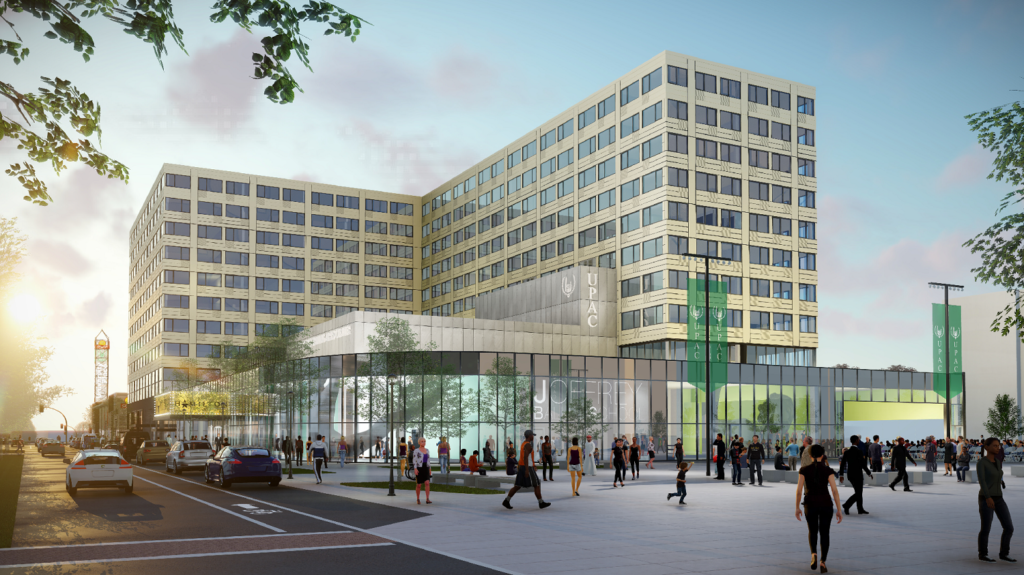 NJCU recently selected The Claremont Cos. to develop the complex, which will include a two-story, 50,000-square-foot academic component focused on the performing arts. Known as the Center for Music, Dance and Theater, the space will include facilities such as a 100-seat recital hall and large dance studios for both rehearsals and performances, along with a grand lobby, special event space and other facilities for performers.

The dance studios will be adjacent to an outdoor public plaza and feature glass walls so performances can be viewed from the outside, Bastardi said. The complex will also feature a restaurant row to complement the main University PAC.

Bastardi said he expects construction to begin this fall, in one of several upcoming groundbreakings for the sweeping University Place project. Claremont is also partnering with The Hampshire Cos. and Circle Squared Alternative Investments for two mixed-use luxury apartment buildings, the first of which opened last summer and has enjoyed strong leasing velocity early on.

NJCU to date has also debuted a residence hall for more than 400 students. Meantime, KKF University Enterprises and Circle Squared are halfway through construction of an apartment building between the two existing complexes that is on track to open this fall.

KKF is similarly planning a second project as part of a public-private partnership on the NJCU-owned land, while a new ShopRite supermarket will break ground in the coming year.

The expansion of the performing arts phase means that University Place now calls for some 950 apartments across the five projects, which will help populate the area alongside the 430 students who live in the residence hall.

“It’s going to be what we’ve always wanted it to be — a college town and a place in the urban planning sense of the word, a place that you live, learn, have fun, dine and live,” Bastardi said. “It will be quite the fulfillment of the dream that we had four years ago.”