Baye Adofo-Wilson, CEO of BAW Development LLC, is part of the team that plans to restore and reopen Hinchliffe Stadium in Paterson. The mixed-use project will also include a museum showcasing baseball’s Negro League, a restaurant and event space, a recreational center and 75 units of affordable senior housing. — Photos by Aaron Houston for Real Estate NJ

Baye Adofo-Wilson still has vivid memories of his last visit to Paterson’s historic Hinchliffe Stadium, even three decades later. He recalls arriving at the venue in fall 1992 for a football game between the city’s John F. Kennedy and East Side high schools, having completed several years of military service and now home from graduate school.

Not surprisingly, he found no shortage of old friends from his hometown.

“I actually didn’t even make it in,” he laughed, speaking during a recent tour of the vacant stadium. “I ended up getting distracted outside and hanging out with everybody.”

For Adofo-Wilson, it’s a reminder of not only Hinchliffe Stadium’s legacy as a community hub for Paterson, but of its potential to once again become a destination under a long-stalled plan to restore and reopen the venue. That goal is now seemingly within reach, as the project moves ahead under the guidance of his development firm and its partner, RPM Development, in an effort that will also honor the site’s history as a Negro League baseball stadium.

Coming 24 years after the venue was shuttered, the mixed-use project could even become a focal point for redevelopment in Paterson, which has lagged behind other large New Jersey cities that have seen high-profile, public-private revitalization efforts.

“We’re just one part of a larger strategy,” said Adofo-Wilson, the CEO of BAW Development, who brings crucial experience as a former deputy mayor and director of economic and housing development in Newark.

Slated to break ground today, the plan calls for updating and reopening the 89-year-old stadium with a capacity of 7,800, along with a museum showcasing the Negro League and a restaurant and event space overlooking the city’s iconic Great Falls. The project at Liberty and Maple streets will also include structured parking, a community recreational center and 75 units of affordable senior housing directly north of the complex.

The developers recently secured a critical piece of the project’s complex capital stack, winning approval for a $67 million tax credit under the state’s Economic Redevelopment and Growth program. That meant the stadium was another step closer to once again hosting high school sports, graduations and other events as soon as fall 2022.

“The resurrection of Hinchliffe Stadium is not just about an historic ballpark, but about uplifting a neighborhood in a city that is making strides toward its own revitalization,” state Sen. Nellie Pou said in February, following approval of the tax credit. “While it has been tragic to see Hinchliffe fall into disrepair over these many years, today we imagine a new Hinchliffe that will not only look back at the sacrifice and endurance of such players as Paterson’s own Larry Doby, but will one day provide an opportunity for future boys and girls who can be inspired by its very existence toward their own unique greatness.”

Adofo-Wilson notes that the stadium, which was built atop a reservoir, was plagued by sinkholes that forced its closure in 1996. It was shortly before he completed law school, he said, adding that he looked for work in Paterson but ultimately took a job at Essex-Newark Legal Services.

Still, he maintained a connection to his hometown.

“I always kept tabs,” he said. “At that time, my mother was still living here, so I still had friends here and I’d come up here occasionally. So I knew that the stadium was inoperable, but I just couldn’t imagine it would be closed this long.

He was recruited to join the project in earnest in 2019, thanks in part to his experience as a key economic development official in Newark: “It’s a small state, so everybody sort of knows everybody,” Adofo-Wilson said. Add in the fact that he grew up with influential state lawmakers such Assemblywoman Shavonda Sumter, whose district includes Paterson, creating another link to the long-delayed stadium revival.

As Adofo-Wilson knew, it had been difficult to find a single entity that would take control of the project. It looked at one point to be an effort that would be city-led, he said, even though the school district owns the land. Further complicating matters, the district has been under state control for three decades, “so there was no mechanism to prioritize this and there was just no resources.”

The developer “did some value engineering” and made other tweaks to the existing plans, he said. He also brought in RPM Development as a partner on the project, noting that he knew the Montclair-based builder from his time in Newark.

Making the plan financially viable was challenging but not impossible, especially given his past experience. He pointed to complex, public-private developments in Newark such as the Mulberry Commons park space near the Prudential Center, along with the 245-unit One Theater Square apartment tower and the restoration of the historic Hahne & Co. building downtown.

The projects helped Adofo-Wilson be familiar with tools such as the Economic Redevelopment and Growth program, or ERG, which is administered by the state Economic Development Authority, and funding from the New Jersey Housing and Mortgage Finance Agency.

“Paterson has a lot of opportunities … but at the same time it was clear that they needed the help. So I had the experience and I knew the people, so I thought I would do my best to help out,” he said. “I also felt some level of accountability as someone who was from the town, so when I started the process I didn’t want to disappoint them and I wanted to stay committed to what I told them I would do.” 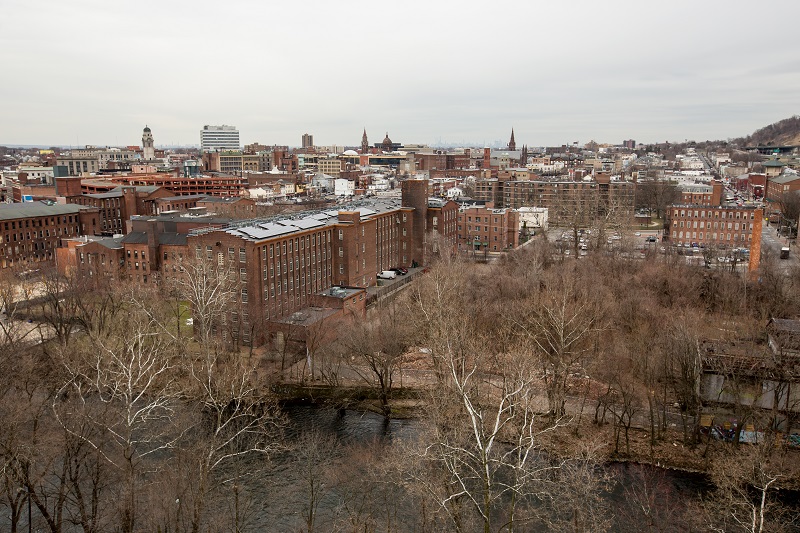 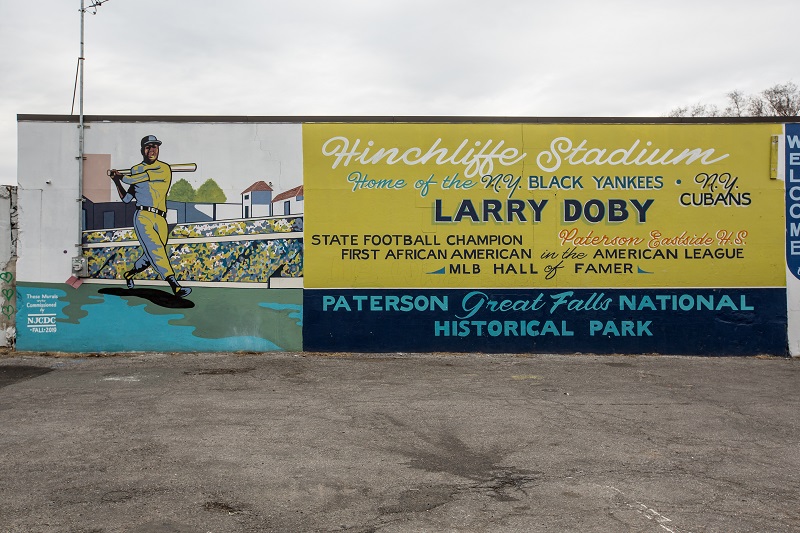 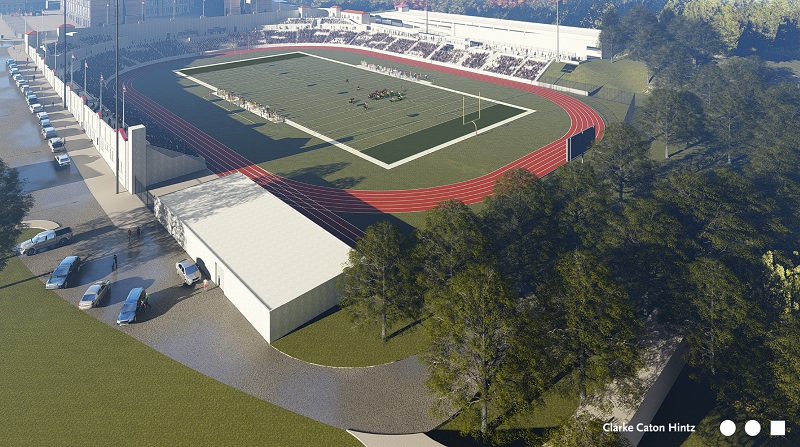 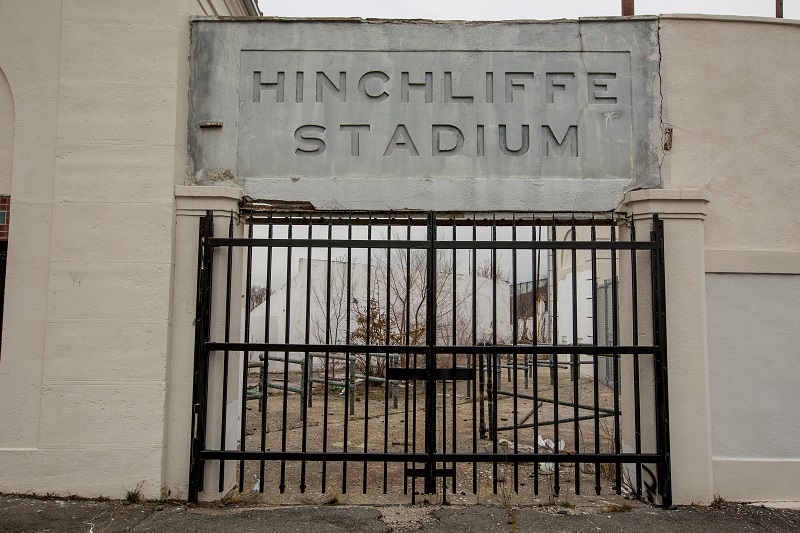 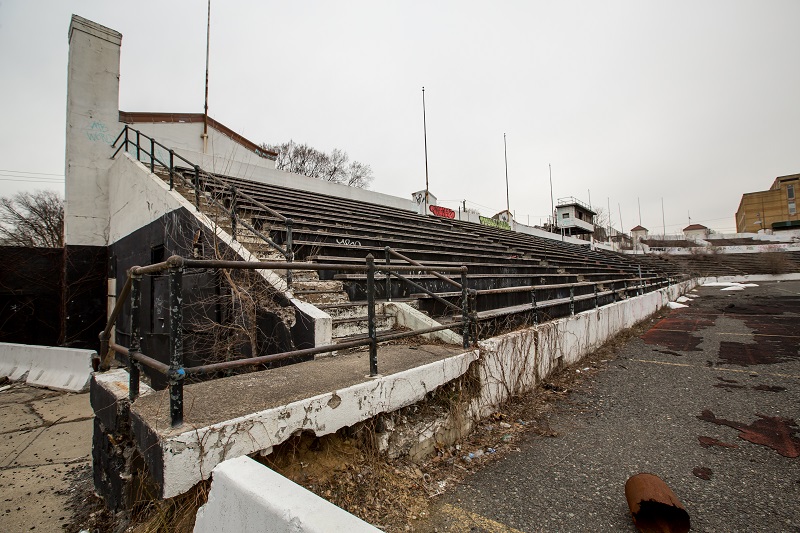 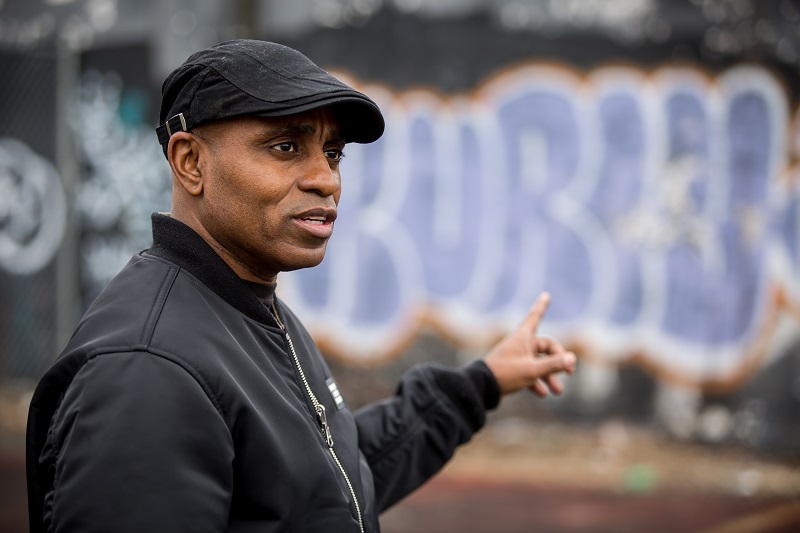 It was early 2020 when the HMFA approved $29.1 million in financing for the six-story, 75-unit senior housing component on Jasper Street. The start of the COVID-19 crisis only weeks later created another delay and some temporary uncertainty for the project, but BAW Development and RPM appeared to be back on track this past February, when the EDA announced the $67 million ERG tax credit for the proposal.

That set the project up for a ceremonial groundbreaking on April 14, the day before Major League Baseball’s annual Jackie Robinson Day in honor of the trailblazing infielder. It’s only fitting for a plan that will revitalize one of the country’s two remaining Negro League stadiums, highlighting Black history while also drawing attention to the still-pressing issues of racism and discrimination.

Adofo-Wilson hopes the effort will spark additional economic growth in Paterson, which has seen pockets of redevelopment in recent years, but has trailed the likes of Newark, Jersey City and Camden. He notes that Paterson is built around the Passaic River and Great Falls, rather than its train station, meaning it is less compatible with state incentives and programs that prioritized mass transit.

Still, he credited Gov. Phil Murphy’s administration and other state officials for stepping up when it came to supporting the revival of Hinchliffe Stadium.

“Paterson deserves it,” Adofo-Wilson said, noting that the city is larger by population than Camden and Atlantic City combined. But he is in fact hopeful, with the belief that “complicated real estate transactions can also unclog development pipelines” in a city, as local officials figure out how to complete and become more comfortable with large projects.

“The revitalization of Hinchliffe Stadium is the economic boost Paterson needs as we begin our recovery from the COVID-19 pandemic and continue to build up our city,” Mayor Andre Sayegh said in early February. “Hinchliffe Stadium is an iconic part of Paterson’s history that has been left vacant and in disrepair for too long. I thank the Paterson City Council, Paterson School Board and many other local leaders who have helped move this project forward.”