It was New Jersey’s largest industrial lease of the fourth quarter — and it was a fitting end to the year for a market that has been fueled by e-commerce tenants and big box construction.

But the commitment by Modway Furniture was every bit as notable for its location as it was for its size. The 635,000-square-foot deal will bring the company to a planned distribution center on Wyckoff Mills Road in East Windsor — just off the New Jersey Turnpike — in a submarket that developers, brokers and users would have typically driven past in prior years.

“There’s a new submarket at Exit 8,” said Thomas Monahan, a broker and executive vice president with CBRE. “It’s in its infancy stages, but that’s certainly something to keep an eye on, as there’s been some development and success down there.”

The project by Exeter Property Group is one of two industrial sites under construction at Exit 8, an area whose appeal has grown with the widening of the Turnpike more than two years ago. And market insiders say it’s just one of several previously untapped submarkets in the state that developers are mining for new construction sites — as demand continues to surge and supply becomes even tighter in northern and central New Jersey.

“It’s a red hot market,” said John Cascio, a senior vice president with Bussel Realty Corp., whose Edison-based brokerage is doing work in East Windsor. “And there’s not a lot of opportunity as far as sites for industrial properties.”

Those untapped areas include East Windsor and Hightstown at Exit 8, which sits between two well-established distribution hubs on the Turnpike, and around interchanges even farther south. Monahan said there is “a natural exodus going down the Turnpike,” adding that, not only are there more sites available, but developers can acquire land at a lower cost and with not nearly as many complications.

Tenants, meanwhile, have responded to the opportunity to lease state-ofthe-art space in submarkets that are still within a day’s drive of their main delivery locations.

“You have a high barrier to entry in northern New Jersey, you (don’t have) a lot of core product, so it’s just a natural expansion as you go farther south to find that available inventory at a reasonable cost — and sometimes at a less complicated process in terms of entitlements and (environmental and geotechnical) issues,” Monahan said. “A lot of land in northern New Jersey is very difficult to build on. As you go farther south, the prices not only come down, but the opportunities are there because there’s a speed to occupancy for some developers.

“In northern New Jersey, it could take you 10 years to develop a site.”

The search for new markets comes amid what was a banner year for the industrial sector in northern and central New Jersey, which saw more than 10 million square feet of net absorption in 2016. E-commerce players, logistics firms, food and beverage companies and other users continue to grow in the state, fueling the best year of activity in more than a decade.

That was accompanied by a surge in new, mostly speculative construction as owners sought to keep pace with demand: In 2016, some 4.26 million square feet of new warehouse and distribution space was delivered in northern and central New Jersey, according to CBRE. That includes regions as far south as the Exit 7A submarket, which incorporates the Trenton area, as tracked by the firm’s Saddle Brook office. Both 8A and 7A, two submarkets that became overbuilt during the previous cycle and then rebounded impressively, are now taking part in the construction boom. But brokers say the interest in Exit 8 is especially noteworthy because it had never been seen as a viable location.

That all changed with the 35-mile widening of the Turnpike between exits 6 and 9, which began in 2009 and was completed in late 2014. East Windsor Mayor Janice Mironov said “we were really the most-impacted town in terms of that project because the changes here were the most dramatic.” Along with eliminating the bottleneck that passed directly through East Windsor, the project called for completely redesigning, enlarging and relocating the interchange in the township to the eastern side of the Turnpike.

The location of the new interchange was critical, Mironov said, in that it created direct access to Route 133 and other highways and provided a link to the sites that are now appealing to developers. Combined with what is an increasingly business-friendly approach in the township, Mironov said “all of those factors have converged to create a great deal of interest right now.”

“With the fact that people are moving forward and doing so successfully — and able to identify tenants — we are seeing that there’s interest in these other properties that are available as well,” Mironov said. “So there are opportunities in the town for other entities that want to move projects forward.”

The mayor said there are additional sites on Wyckoff Mills Road, Route 33 and others that hug the Turnpike, adding that township officials are now reviewing “a number of other concepts and proposals.”

RELATED: After 20 years and three sales, a site finally finds its calling

That appeal only stands to grow with the success of Exeter Property Group’s building at 329-359 Wyckoff Mills Road and with another project that is under construction nearby. In October, Trammel Crow Co. broke ground on a speculative, 410,000-square-foot distribution facility at 159 Milford Road that is now being marketed by CBRE.

Bussel Realty Corp., which brokered the land sale that led to the Trammel Crow project, is now marketing two other sites in the area that are expected to attract interest from industrial users. While the firm declined to provide an exact address for one of them, it said the property can accommodate a new 300,000-square-foot build-to-suit distribution center in East Windsor.

The other is a 324,000-square-foot complex at 480 Mercer Ave., which straddles East Windsor and Hightstown.

Other developers have found sites farther south in Mercer County that still offer quick access to the Turnpike. SunCap Property Group and MRP Realty Inc. are each preparing to deliver 340,000-square-foot facilities at 530-584 Route 130 in Trenton and 2439 Kuser Road in Hamilton, respectively, according to data compiled by Bussel.

And market experts point to activity even farther down the Turnpike. Burlington County, which is accessible from exits 7 through 5, has grabbed headlines in recent years with deals such as H&M’s 740,000-square-foot lease with Clarion Partners in Burlington Township. 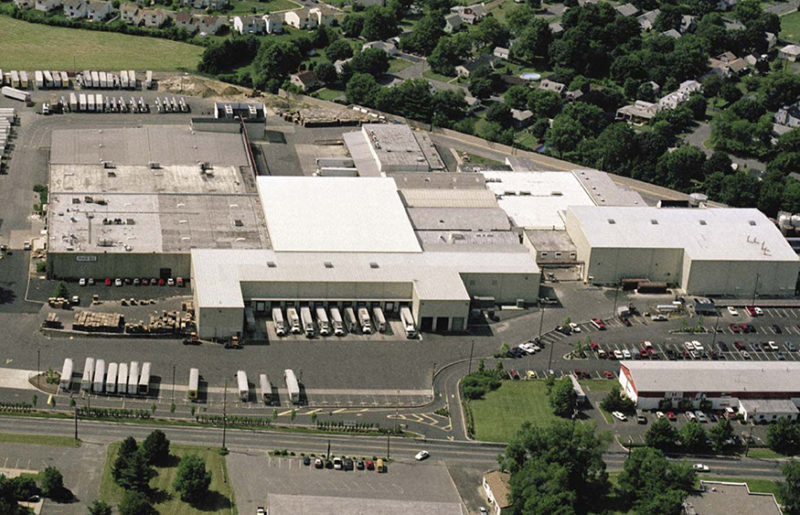 “You have a lot of activity between (Exit 8) and Exit 5,” said Nick Spadavecchia, Bussel’s vice president of marketing and public relations. “And that just shows the confidence of investors and developers seeing that this is a real trend, that this is not some sort of fad that’s going away.”

For all the appeal of finding new submarkets for industrial development, Monahan said there are tradeoffs for moving down the Turnpike. Locations south of Exit 7A, for instance, are more conducive to tenants with smaller labor needs and less of an emphasis on so-called last mile distribution to the population centers around northern New Jersey. But he added that “every tenant is different.”

For developers, there are other issues to grapple with as they move farther away from the New York metro area.

“The challenge, as owners, is once you get into the regional markets servicing regional distribution, you’re competing not only with the regional markets in New Jersey such as 7A, 8A, Exit 8, but you could also be competing with Exit 6 or Exit 4, as well as Harrisburg or Lehigh Valley or other areas outside New Jersey and Pennsylvania,” Monahan said. “So it just opens up a little bit more competition in terms of where those tenants could go.”

After 20 years and three sales, a site finally finds its calling