Lotus Equity Group has unveiled new details about its massive redevelopment plan for the former Newark Bears stadium — including what it says will be the largest mass timber office building in the United States.

Designed by Michael Green Architecture, plans for the building call for 500,000 square feet of high-end commercial space that aims to enhance tenant wellness and environmental sustainability, Lotus announced Monday. The 11-story tower would be the first piece of what the firm has dubbed Riverfront Square, a nearly 12-acre site adjacent to the Passaic River and steps from NJ Transit’s Broad Street station.

In detailing the project, Lotus touted the benefits of timber-built structures, noting that trees absorb and hold carbon until they decompose or are burned. In contrast, the manufacture of concrete and steel accounts for an estimated 10 percent of greenhouse gas emissions. 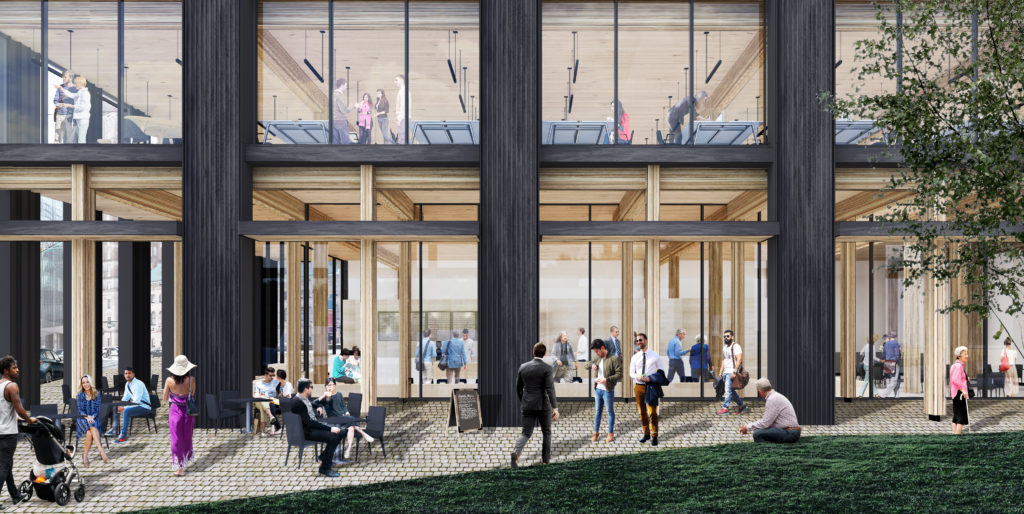 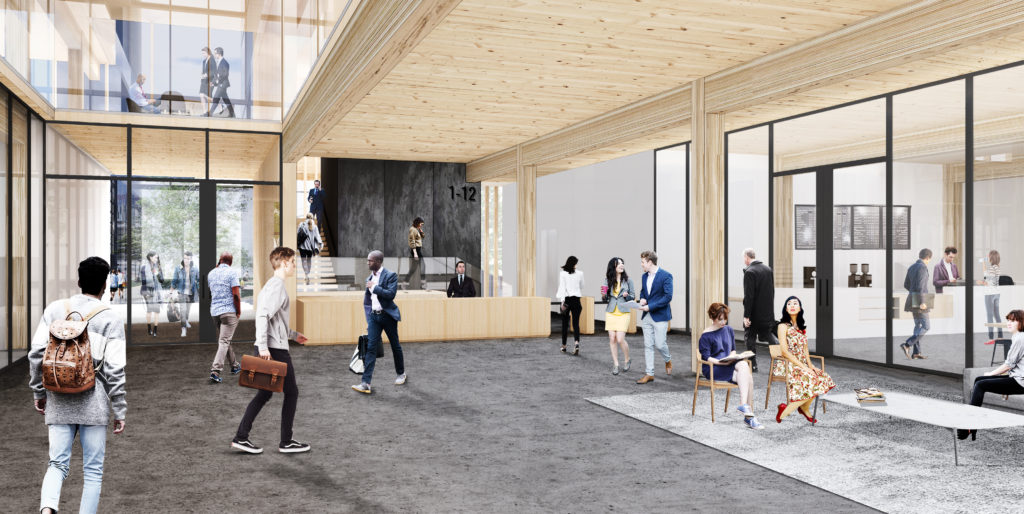 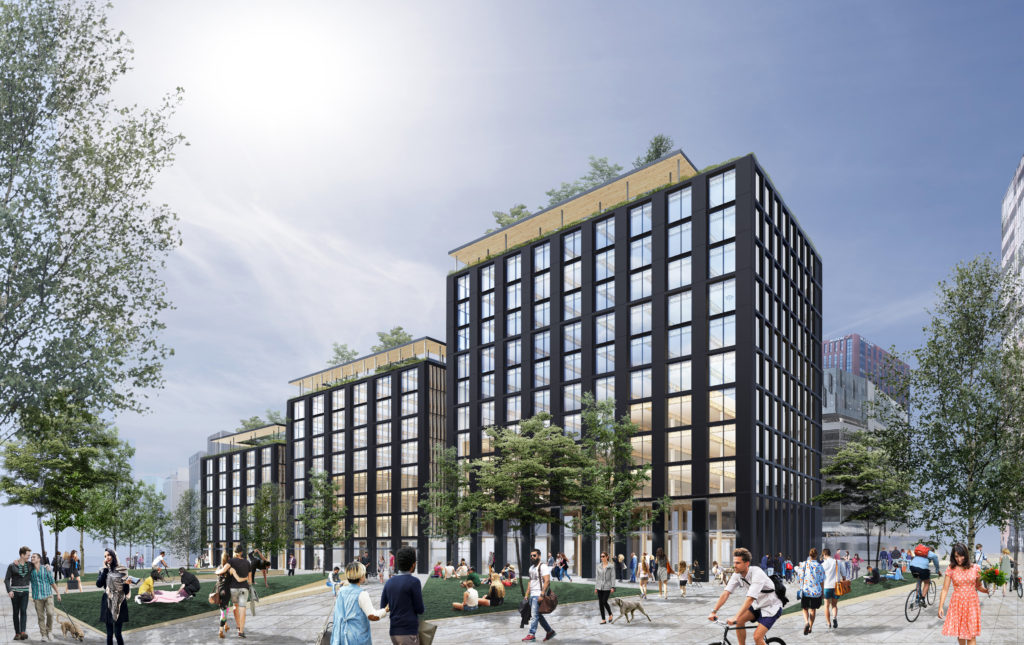 “To build the nation’s largest timber building in Newark speaks to the confidence and belief we have in the city and Riverfront Square as a world-class location that can compete with any great city around the world,” said Ben Korman, founder and CEO of Lotus Equity Group. “The vision we share with Michael Green is to design the most environmentally sustainable office tower that enhances the health of tenants and the surrounding communities through efficient planning and green design.

“When you merge these benefits with Newark’s emerging technology sector, Riverfront Square is primed to help companies attract and retain valuable talent.”

Lotus’ overall plan for the site calls for up to 2,000 residential units, large and small-scale retail, cultural and public open space, a hotel, 2 million square feet of office space and parking spaces in the heart of the downtown. The firm acquired the minor league baseball stadium in late 2016, some four years after the team folded and left the sprawling facility vacant, and now holds the potential to further transform a city that has seen billions of dollars in new investment recently.

The project is also meant to complement the future Riverfront Park, which has been designed by the internationally acclaimed James Corner Field Operations.

“This project represents an opportunity for MGA, in collaboration with Lotus Equity Group, to lay the foundation for the future of Riverfront Square and the city of Newark more broadly,” said Michael Green, founder and principal of Michael Green Architecture. Good buildings are good neighbors and we envision a sustainable, efficient and architecturally stunning future for Newark.”

Green is among four architecture firms that will lead the development of Riverfront Square, with the team also including TEN Arquitectos, Practice for Architecture and Urbanism and Minno & Wasko Architects and Planners. Lotus has said it selected the firms because of their own commitment to responsible community development and the ability to combine architecture and design with urban sensibility.

The Riverfront Square site was included in Newark’s official bid for Amazon’s second headquarters project. Last month, the technology giant announced a short list of 20 finalists in contention for the economic development windfall, including Newark.

Newark stadium redevelopment, other projects on display at NRBP forum