A development team has opened the doors to a new 211-room hotel in downtown Jersey City, with a focus on paying homage to the city’s growing arts and cultural scene.

“We look forward to introducing the Canopy by Hilton lifestyle to the tristate and immersing locals and guests in the culture of this burgeoning neighborhood of the Arts District,” said Ravi Dave, principal at Three Wall Capital. “We’re proud to finally deliver a hospitality product that speaks to the neighborhood’s urban sophistication and cultural diversity.”

The development and management team recently joined city officials to mark the hotel’s opening. The building, which is about two blocks north of Christopher Columbus Drive, joins a long list of restaurants, galleries, public art projects and retail options in the area and is meant to support the city’s fast-growing creative community.

To that end, Canopy by Hilton showcases the work of local artists selected by the hotel’s art curator, Stefania Panepinto of Panepinto Galleries. The property is home to murals by Ricardo Roig and Jenna Morello, who pay homage to the Powerhouse Arts District and Jersey City’s industrial heritage. 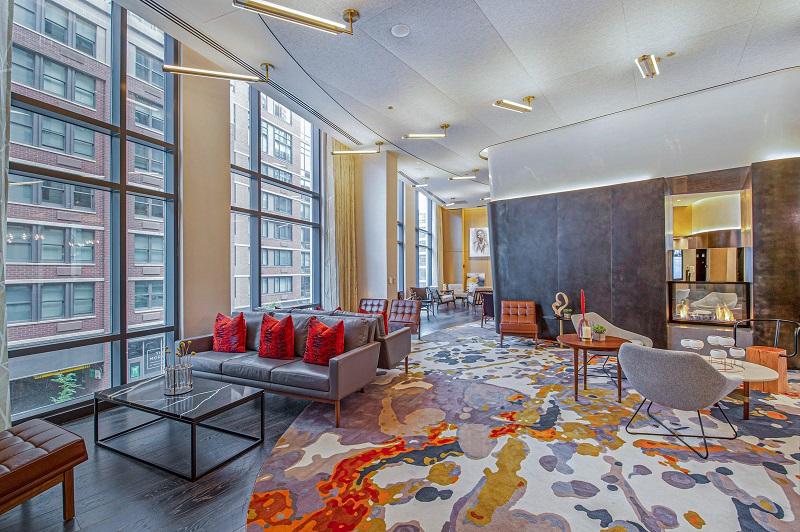 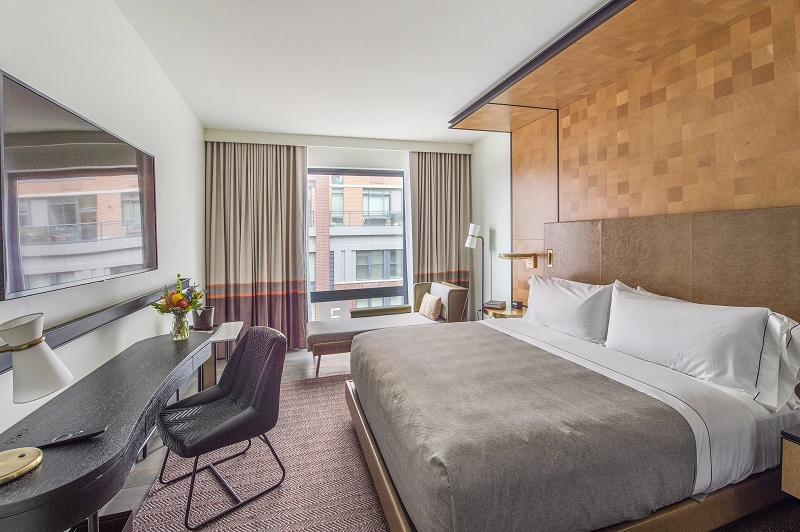 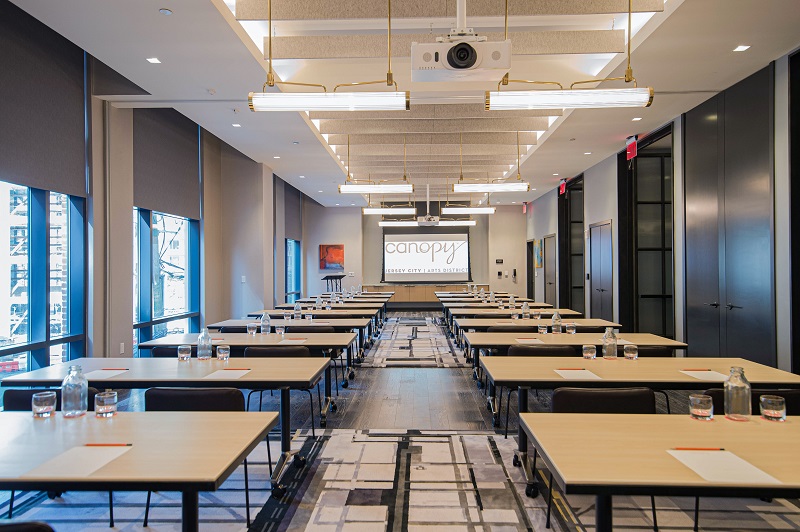 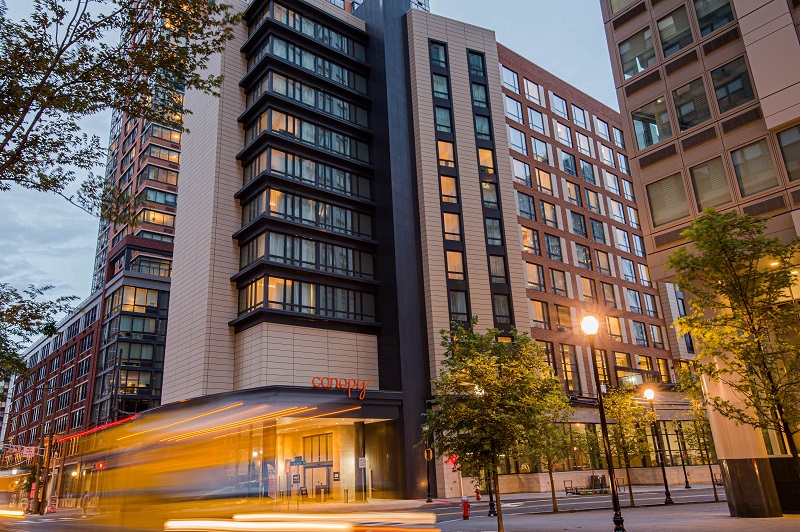 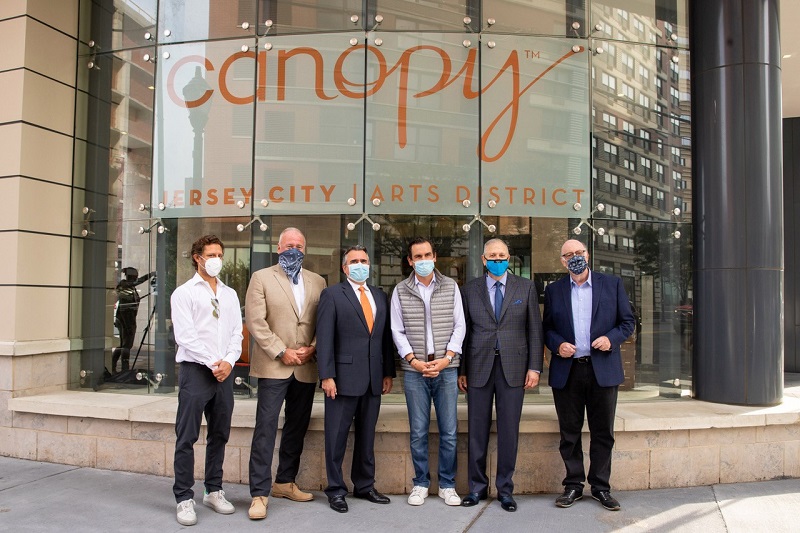 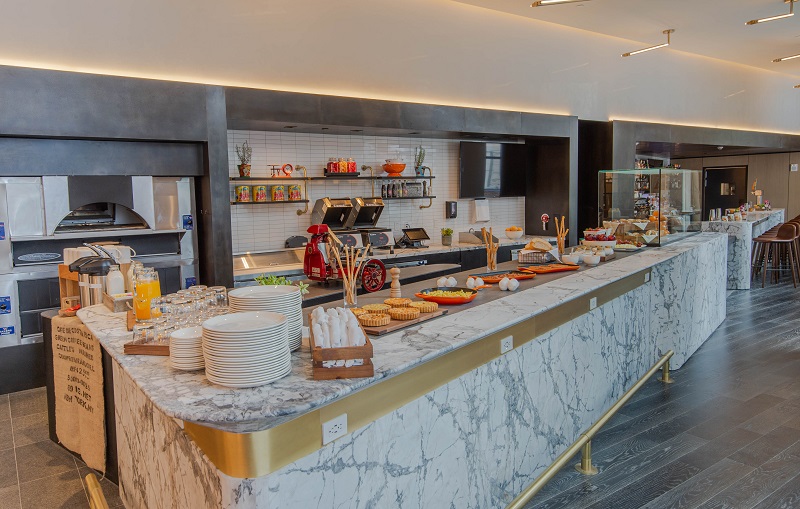 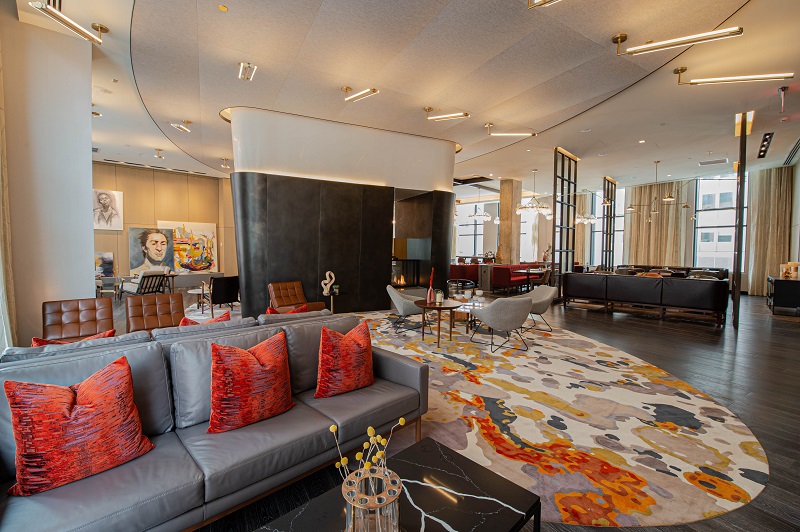 “As one of the most culturally diverse cities in the nation, Jersey City has an exciting and vibrant art scene that grows stronger and larger each year,” Panepinto said. “We wanted to make sure our guests were able to see and feel the energy of the neighborhood through our eclectic arts program. We are extremely proud of the art on display at the hotel. Not only are the pieces created by locals but they each tell the story of Jersey City in their own unique manner.”

Guests can also adjust various settings in their rooms with their smart phones, including temperature control, lighting and the remote control, limiting physical touch within the room, according to a news release. Meantime, the hotel features what’s known as the Hilton CleanStay US with Lysol Protection, a cleaning, disinfecting and training protocol that is being implemented in Hilton properties worldwide.

In announcing the hotel’s opening, the developers highlighted its proximity to the Grove Street PATH station, which provides a 10-minute train ride to Manhattan.

“With five generations of our family living and working in Jersey City, it is exciting to be a part of the tremendous growth of Downtown Jersey City, particularly the addition of such a high-quality asset such as the Canopy by Hilton,” said Joseph A. Panepinto Jr., principal at Panepinto Properties.