A rendering of Kushner Real Estate Group’s Journal Squared project in Jersey City, following what would be the second of three phases. — Courtesy: Hollwich Kushner/Handel Architects

The tallest tower within Kushner Real Estate Group’s three-building, 1,838-unit Journal Squared project in Jersey City is on the rise.

The design and engineering team behind the complex announced Monday that vertical construction has started on the second building. Located at 615 Pavonia Ave., the tower will reach 71 stories with 704 luxury apartments to become one of the city’s tallest buildings upon its anticipated completion in 2021.

Professional services firm Dresdner Robin, which is part of the project team, touted the latest milestone for the landmark development. The Jersey City-based practice is providing engineering, environmental and design services on the tower.

“Journal Square is in the midst of a major revitalization,” said Tim Lavin, a senior project manager with the firm. “Dresdner Robin is assisting the KRE Group in manifesting its vision of transforming the transportation hub into a new destination for living, shopping and enjoying the Manhattan skyline.

“I believe this district is well on its way to reaching that mark.” 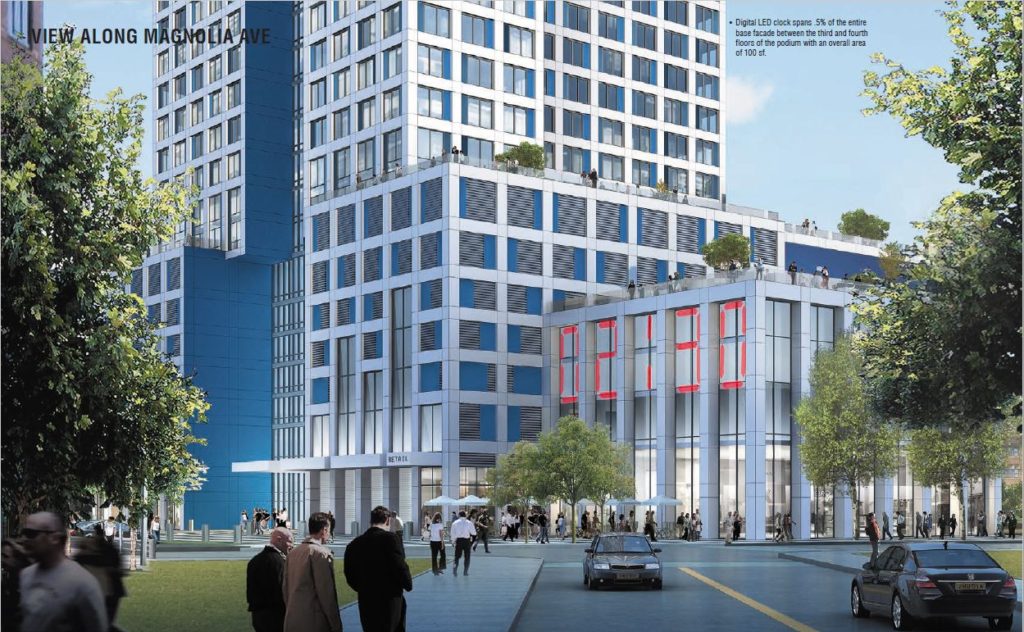 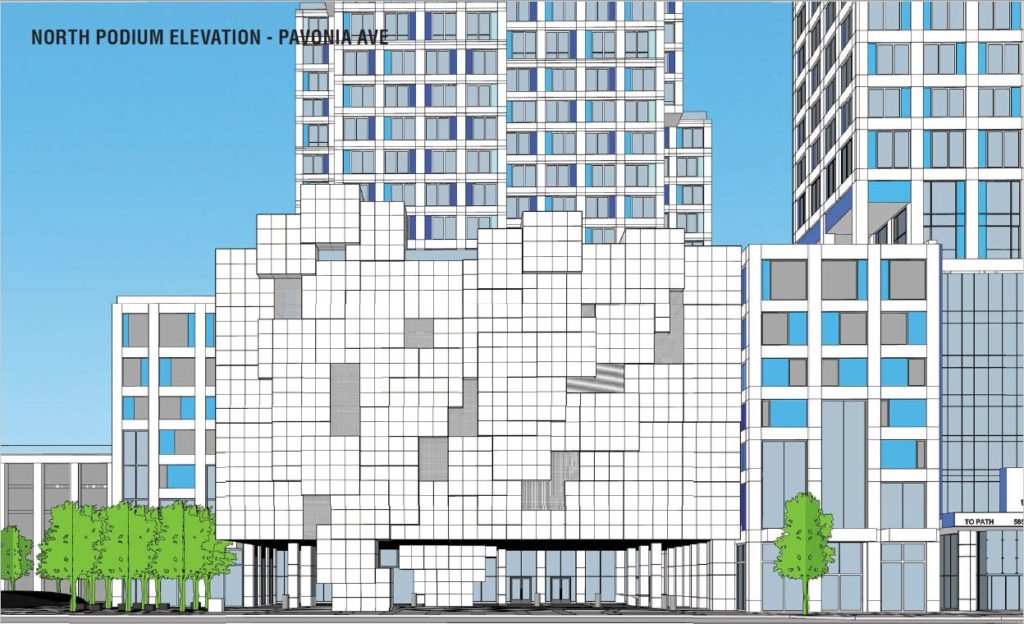 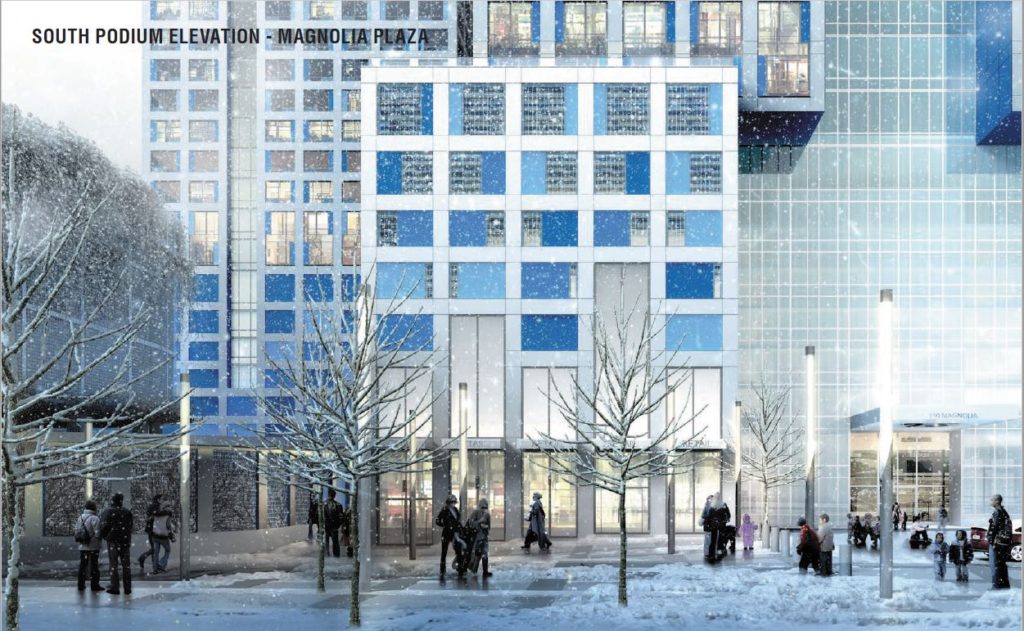 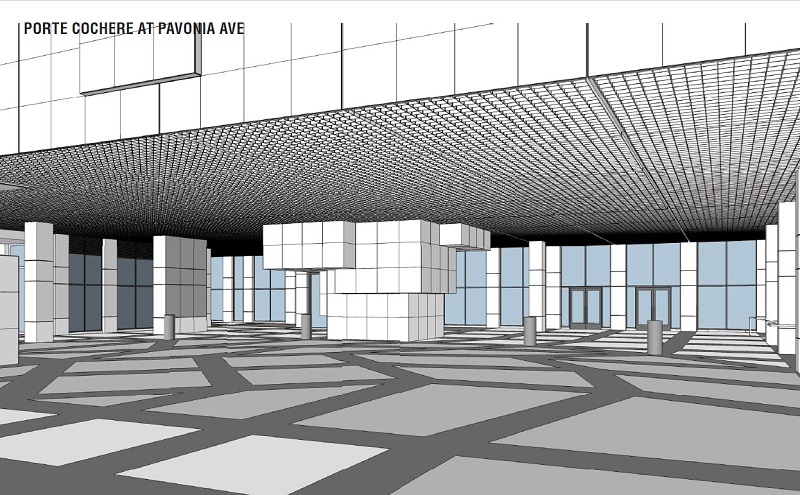 The second phase follows last year’s opening of the 53-story first tower, which saw overwhelming leasing success, and will give way to a final building that rises 63 stories. All told, the KRE project is the largest and highest-profile among several developments slated for the historic Journal Square neighborhood within Jersey City.

The newest building will also include 18,000 square feet of retail space.

“Journal Squared helps reinvigorate this section of Jersey City,” said Jonathan Kushner, KRE Group’s president. “It stands as an immense project that will help transform the New Jersey skyline, and bring residents and retail to a completely reimagined destination.

“Dresdner Robin’s work on the project has been immensely helpful as it has moved through various stages.”

New York-based Hollwich Kushner leads the architectural design for the site, while Handel Architects is the architect of record. Melillo + Bauer Associates is providing landscape architecture services for the ground level and rooftop areas.

“We’re thrilled to be continuing to participate in the regeneration of this area of Jersey City through the second phase of this project,” said Matthias Hollwich principal with HWKN. “This tower is much more than just an apartment building — it’s a social hub that will energize street-life and strengthen community in this vibrant neighborhood.”

In a news release, Dresdner said the Magnolia Ave. plaza portion involved coordination and input from the Port Authority of New York and New Jersey, given that the project interacts with the parking garage and the loading entrance for the adjacent PATH station. The design team worked with the Port Authority for vehicle circulation, utilities, site improvement, stairways and an entrance to the station.

The complex is more than a decade in the making and was first approved by the city council in December 2012, giving way to a 30-year tax abatement and $10 million in bonds. KRE Group and other developers have touted an opportunity to reactivate the city’s onetime commercial hub, drawing on its access to mass transit and its legacy of entertainment and retail.

“There is more investment in this area of Jersey City and we’re seeing it firsthand,” Lavin said. “Developers are now taking a serious look at this area, and moving forward with plans for development, thanks in part to this multi-phase Journal Squared project.”